Engineers often jest that it isn’t earthquakes that kill people – it’s collapsing buildings. This is to be borne in mind after almost 9,000 people perished in Nepal’s earthquake of 25 April 2015.

There is an earthquake of that scale roughly every 75 years.

To reduce the prospect of collapsing buildings, there must be adequate planning and building codes, not to mention training and certification for the professionals responsible: architects, engineers and the like.

And these things have to be enforced, which is no mean feat in Nepal, with its far-flung villages, poverty, low education rates, history of conflict (a 10-year insurgency ended only in 2006) and difficulties with governance. 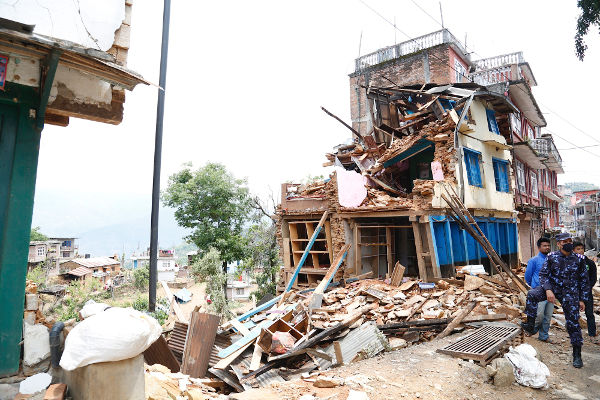 As things stand, a study conducted by Geohazard International discovered that two thirds of structures in Kathmandu failed to meet seismic code standards thanks to rapid urbanisation where regulations were inadequately enforced due to corruption or indifference.

This organisation teamed up with the World Health Organisation to study how Nepali hospitals could be made safer and issued recommendations.

There were less collapsing buildings after the 8.8 quake that hit Chile in 2010 and Japan’s 9.0 earthquake and tsunami in 2011 thanks to strict building codes, saving thousands of lives.

Buildings must be constructed so that they sway rather than collapse in an earthquake. Ground is to be chosen carefully, as soft soil exacerbates ground movement.

One way to check is to dig a hole three feet deep and then refill it – if the hole is not then completely full, the ground is weak and collapsing buildings ensue. Hard and even rocky soil is better, however in mountainous areas, slopes might be prone to slides and outcrops can detach in a quake.

Structures must be built to last and not jury-rigged with the intention of improving them at a later date. Improvisation leads to unbalanced or incomplete buildings and skimping on materials.

The strength of bricks can be checked by dropping two from a height of four feet, whereupon if they break, they’re no good.

Mud bricks can be strengthened by soaking them in water. Steel reinforcing rods should be able to be bent three times, otherwise they might be too brittle.

Maggie Stephenson, who worked on post-quake reconstruction in Haiti and Pakistan, advises that collapsing buildings are more likely to have weak foundations.

The stronger these are, the more force the building will generally be able to withstand. Single-storey houses should have foundations that are a minimum of two-and-a-half to three feet deep and wide.

Otherwise, declared Stephenson, a structure will be like a plant: “If it has got shallow roots, you can rip it out easily.”

In an earthquake, a heavy roof is dangerous. Stone and tiles are to be avoided. Corrugated metal is much lighter and safer and is becoming more common in rural areas. Alas, lighter roofs are more likely to be lost in storms, so a happy medium must be found.

Other tips are to use lightweight materials because they’re less likely to fall down – even compressed straw can be employed.

Good drainage is another must, because water weakens foundations and is of particular concern in Nepal, which has monsoons. If windows are smaller and less common, there are fewer weak spots in walls. Reinforcing rods can be put in walls and made of natural materials like eucalyptus or bamboo.

The walls of existing buildings can be reinforced with a coating of cement-based plaster: Elizabeth Hausler-Strand, a civil engineer who works for the non-profit body, Build Change, commented that in Haiti, walls could be changed when homeowners added toilets to their abodes.

It isn’t only collapsing buildings that have to be worried about. Their contents must also be considered.

For instance, electrical appliances such as televisions, microwave ovens, hot water boilers and refrigerators – admittedly not always present in Nepali homes – need to be fastened securely to walls and floors, otherwise they move and present a risk of injury.

Even in affluent, earthquake-prone locations such as California and New Zealand, very few households guard themselves in this respect.