The Southern Alps Mountain Range runs along much of the length of New Zealand’s South Island. The range is famous for some of the highest peaks in the country.

Get ready for some of the best hikes in the world in the Southern Alps. Throughout the mountains you'll see glacial valleys, many of which are filled with beautiful glacial lakes.

Have a look through this guide for everything you need to know about the Southern Alps, from its physical geography to some of its most notable hikes.

See our guides page to compare it to other ranges in the world and in Australia and Oceania Region.

The Southern Alps lie along a geological plate boundary and are part of the Pacific Ring of Fire, with the Pacific Plate to the south east pushing westward and colliding with the northward moving Indo-Australian plate to the north east.

Over the last 45 million years, the collision has pushed up a 20km thickness of rocks on the Pacific plate to form the Southern Alps, although much of it has been eroded away.

Uplift has been the most rapid during the last 5 million years. The mountains continue to be raised by tectonic pressure causing earthquakes on the Alpine Fault and other nearby faults.

Most of the relative motion along the Alpine Fault is transverse. Significant dip-slip occurs on the plate boundary to the north and east of the North Island.

The transfer of motion from strike-slip on the Alpine Fault to dip-slip motion at the subduction zones to the north creates the Marlborough Fault System, which has resulted in great uplift in the region. 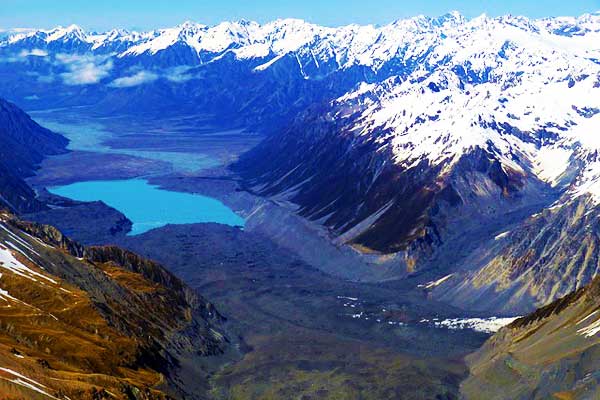 Throughout the mountains there are many glacial valleys, many of which filled with glacial lakes. There are over 3000 glaciers larger than one hectare with the longest glacier being the Tasman Glacier at 23.5km.

There are also a number of rivers; the major ones being Rakaia, Rangitata and Waitaki.

Annual precipitation varies greatly across the range and the high levels of precipitation aid in the growth of glaciers above the snowline.

Prevailing westerlies create a weather pattern known as Nor’west arch, in which moist air is pushed up over the mountains, forming an arch of cloud in an otherwise blue sky. 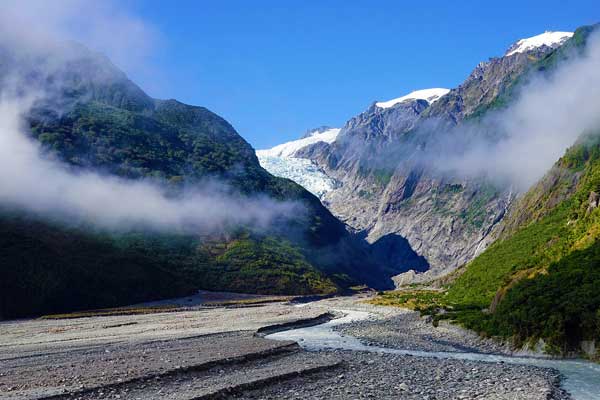 The mountains of the Southern Alps are rich in plant life, with 25% of New Zealand’s plant species being found above the treeline in alpine plant habitats and grassland with mountain beech forest found at lower elevations.

Above the treeline are areas covered with fellfield.

To the east, the Southern Alps descend to the high grasslands of Canterbury and Otago.

Many plants have adapted to alpine conditions, such as woody shrubs, conifer and sedge grasses.

The Southern Alps have many endemic species, such as the rock wren as well as endemic insects such as flies, moths, bees and beetles.

The beech forests at the lower elevations is an important habitat for two bird species; the great spotted kiwi and the South Island kaka. The kea can be found in the forested foothills as well as at higher and colder elevations, it is the world’s only alpine parrot.

Some non-indigenous animals have also been introduced into the mountains; such as the red deer, chamois and Himalayan tahr. 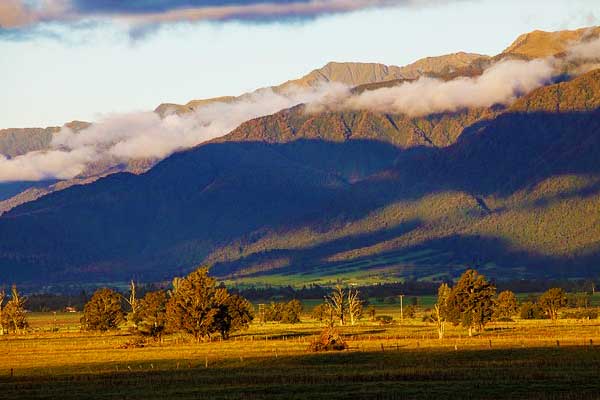 The Southern Alps are the highest range in Australasia and is home to 16 peaks that exceed 3000m above sea-level.Here is a list of the most notable mountains of the Southern Alps. 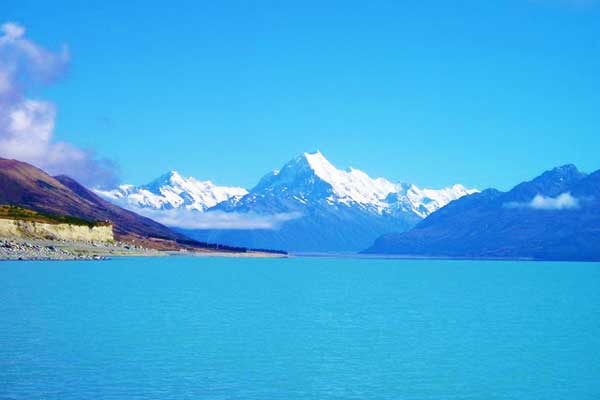 Aoraki/Mount Cook is the highest mountain in New Zealand and consists of 3 summits; the Low Peak (3,593m), the Middle Peak (3,717m) and the High Peak which stands at 3,724m above sea-level and is the highest point in the Southern Alps and New Zealand.

The mountain is located in the South Island in the Aoraki/Mount Cook National Park in Canterbury.

It was first summitted in 1894 and is currently considered the deadliest mountain in New Zealand, with 80 deaths occurring since its first ascent. Despite its reputation it is still a popular challenge for mountain climbers. 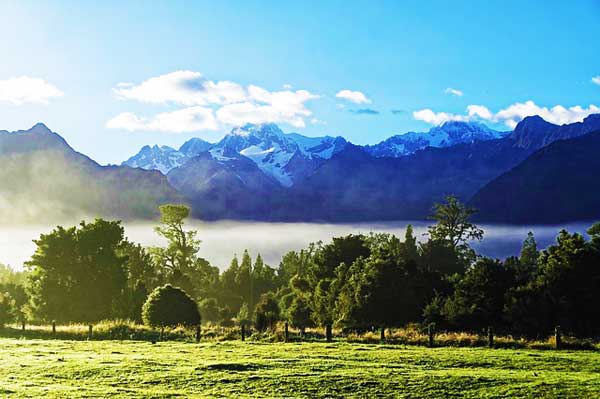 It is the highest point in the Westland District and was first climbed in 1895. 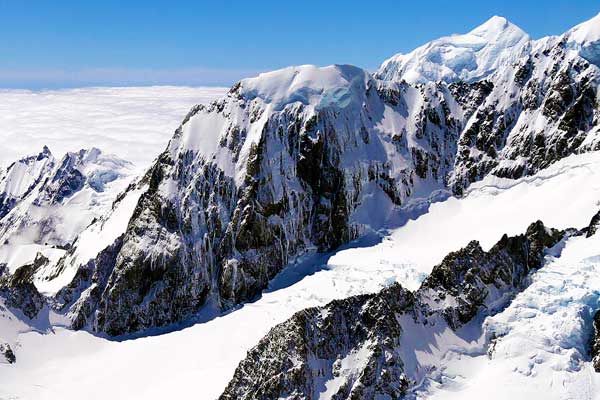 It is located between Mount Hicks and Aoraki/Mount Cook and was first summitted in 1912. 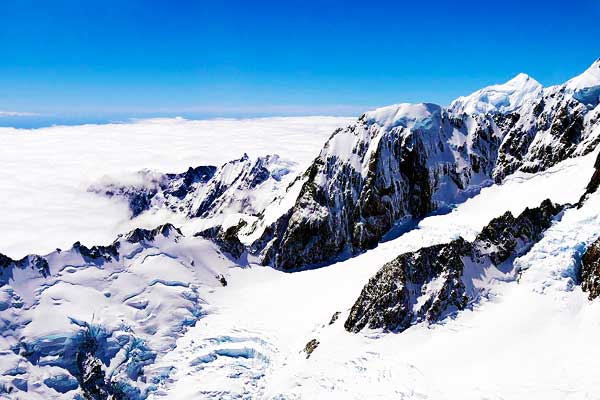 Mount Vancouver, which stands at 3,309m above sea-level is the 4th highest mountain in New Zealand.

It is an elevation on the ridge leading north from Aoraki/Mount Cook. Between Mount Dampier and Clarke Saddle. 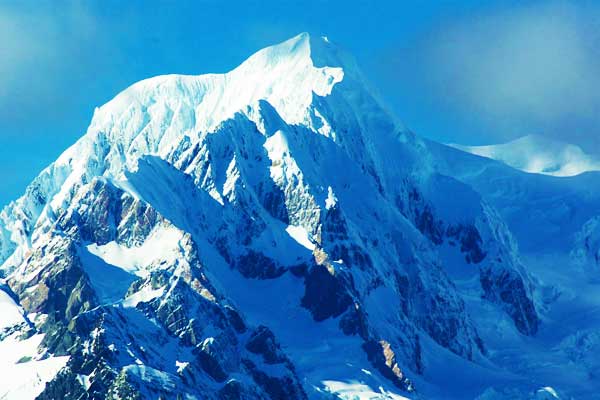 The 5th highest mountain in New Zealand is Mount Silberhorn, which is 3,300m above sea-level and is located on the ridge of next to the mighty Mount Tasman.

Notable Hikes in the Southern Alps

The best time to go hiking in the Southern Alps would be in the summer months between November and February, it is possible to trek in winter, but greater levels of experience are needed. Accommodation here is a combination of backcountry huts and wild camping.

There are many tour operators which offer guided treks in the region. A guide is recommended for the more challenging hikes, especially Aoraki/Mount Cook, given its reputation for being incredibly dangerous.

The decision to embark on Aoraki/Mount Cook Expedition should not be taken lightly. It is long and physically demanding and a great deal of experience is needed. It is considered to be one of the toughest climbs in the world.

About 150-200 people attempt to climb the mountain each year. The most popular and easiest route begins at the Linda Glacier and about 80% of climbers choose this route. The route follows the north side of Mount Cook and offers the least steep climb.

You should be able to complete the climb in about 6-days, depending on the weather conditions.

The Mueller Hut Route is about half as high as Aoraki/Mount Cook. It is a 5.2km-long trail and should take you about 4 hours (one way).

The route goes through alpine shrub, herb fields and scree slopes over a 1000m vertical ascent.

Once you reach the Mueller Hut, you will be greeted with 360-degree panoramic view encompassing glaciers, ice cliffs and vertical rock faces.

The Routeburn Track explores the stunning subalpine scenery of the Southern Alps. It is a medium level trek, that is 32km long and takes about 3-days.

The track takes you through two of New Zealand’s national parks; Fiordland and Mount Aspiring. The highlights of the track include views from Harris Saddle and atop Conical Hill.

Gillespie Pass is a beautiful hike within the Mount Aspiring National Park. You will experience diverse landscapes; from temperate forests to alpine meadows as well as incredible snow-capped mountains.

The route follows a river and takes you to Lake Crucible, one of the highlights of the hike.

The hike can be challenging with some areas of uneven terrain and steep ascents.

If you plan to hike in the Southern Alps, make sure that you are adequately insured for up to 4,000m. We recommend World Nomads. Use the calculator below to get a quick quote. 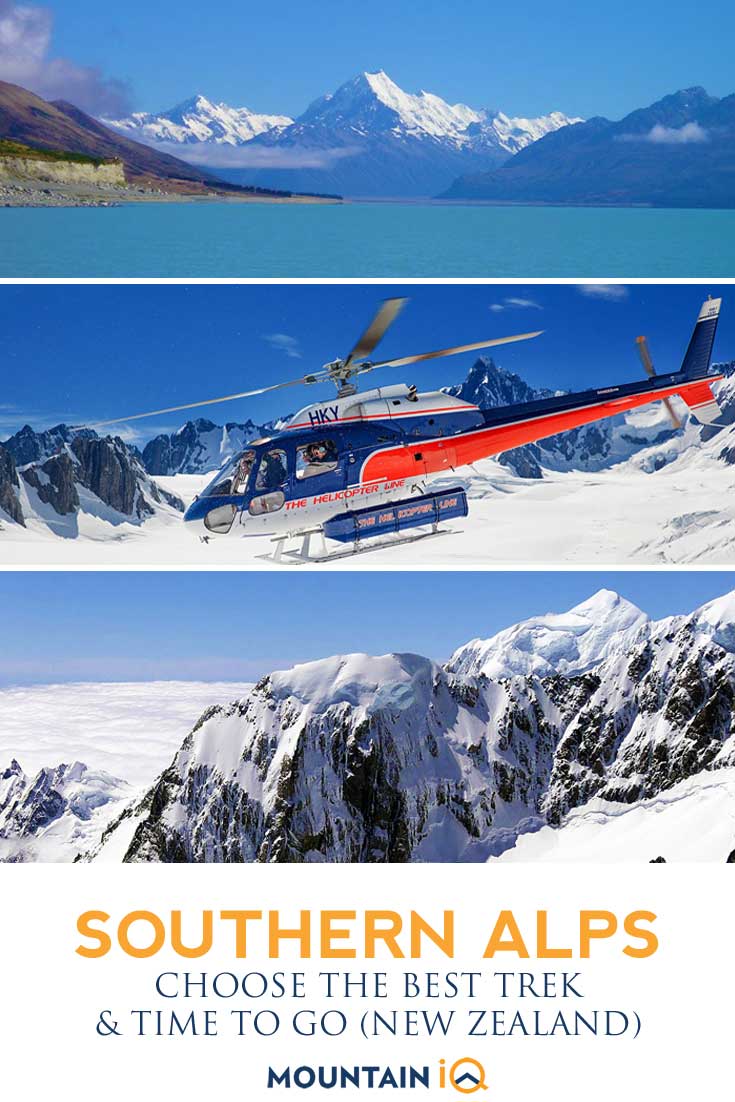