Africa has a wide variety of awesome mountain ranges.

From the High Atlas mountains in North Africa and Ethiopian Highlands in the East, to the wild jungle mountain-scapes of Rwenzori and Virunga in Central Africa and the Great Escarpment in the South.

As far as mountains go the crown jewel has to be the iconic Mount Kilimanjaro in Tanzania, although Mount Kenya and Jebel Toubkal definitely come in as close seconds.

On this page you will find detailed guides to some of the most notable ranges, mountains and hikes in Africa.

It should come as no surprise that the African continent offers some of the most diverse and varied mountain ranges in the World.

There are literally 100s of different ranges in Africa, but four deserve a specific mention: 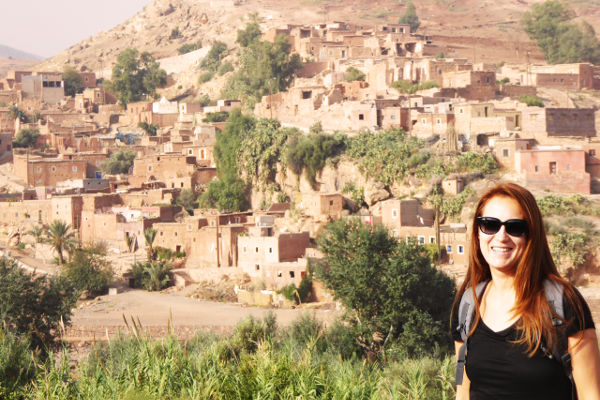 Starting in the north are the famous Atlas mountains.

This range stretches 1,600km from Western Sahara through Morocco, Algeria and Tunisia; and is the longest unbroken range in Africa.

Home to nomadic berbers, the range is famous for its highest peak in North Africa, Mount Toubkal. 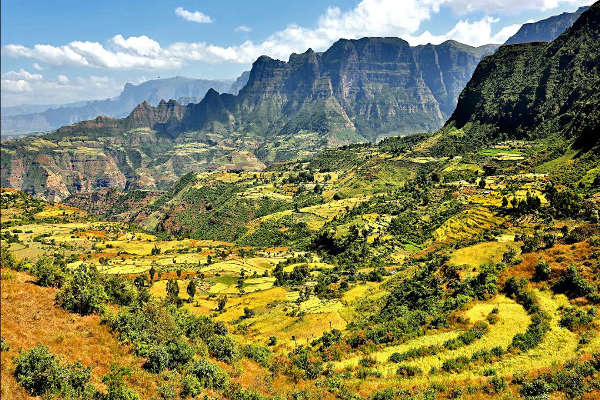 The Simien Mountains are part of the Ethiopian Highlands and are also a World Heritage Site. The mountains are home to some of the most incredible wildlife, including Ibex, wolves and of of course the famous Ethiopian gelada baboons.

Hiking and camping opportunities abound in the Simien mountains, so if you are looking for an off-the-beaten track experience, you can't go wrong with these mountains.

Located in Western Uganda, the Rwenzoris aka the Mountains of the Moon, feature some of last remaining glaciers of equatorial Africa.

They are also home to amazing flora, from tropical rainforest vegetation and meadows, to snow-capped peaks.

Hiking in the Rwenzoris is very good, and can easily be combined with trip to the Virunga Mountains in the Eastern part of the DRC, which is famous for its active volcanoes and gorillas 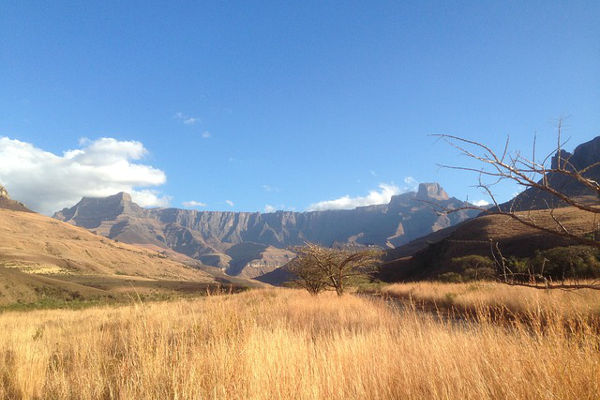 The Drakensberg stretches through the North easter side of South Africa and the tiny state of Lesotho.

It forms part of the Great Escarpment and is a UNESCO World Heritage Site.

The Drakensberg mountains are rich in unique fauna and flora, ancient cave paintings and loads of trails for avid hikers!

Africa is home to some of the oldest mountain ranges in the World...

Africa is not only the birthplace of Homo Sapiens, but also has some of the most ancient mountain ranges in the World.

In fact the Barberton Greenstone Belt in South Africa is widely accepted by scientists and geologists as the oldest mountain range in the World, at 3.6 billion years old.

The African continent has a number of notable mountains. Topping the list is of course the Roof of Africa, Mount Kilimanjaro.

Here is a brief summary of our favourite African peaks, with links to detailed mountain guides for each 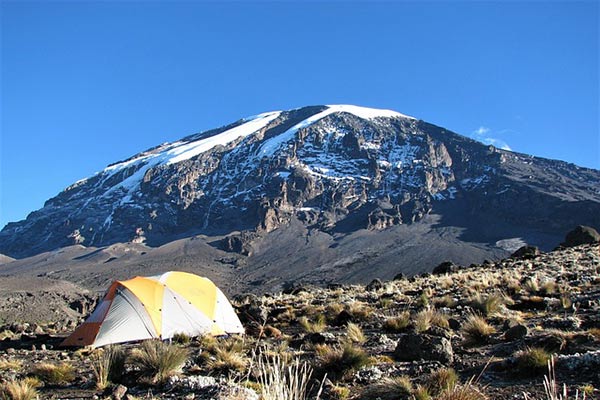 Mount Kilimanjaro, aka The Roof Of Africa, is the highest mountain on the African continent and one of the famous Seven Summits. Standing at 5,895m (19,341 ft.), Kilimanjaro is a rite of passage for bucket list adventurers.

The trek is a serious challenge with real altitude sickness risk, but given the right preparation and determination, almost anyone can summit Kilimanjaro.

Mount Toubkal or Jebel Toubkal as it is known locally, is the highest mountain in North Africa. Standing at 4,167m (13,671ft), Toubkal is the king of the High Atlas mountains.

Summiting Toubkal is a relatively straightforward 2-4 day hike, however, for those more inclined to a challenge and a quieter passage, a Winter ascent may just be up your street. 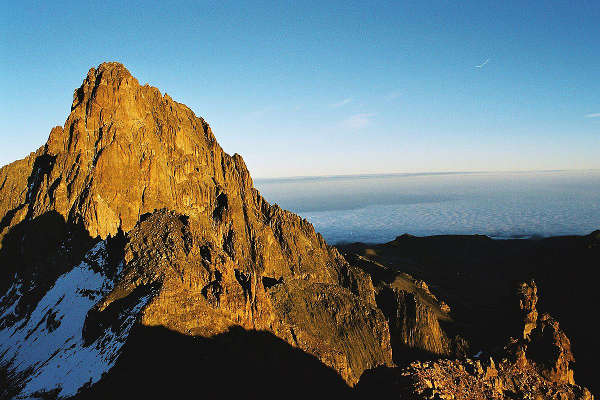 Mount Kenya is the highest mountain in Kenya and the second highest in Africa. Like Kilimanjaro, it has three main peaks with the highest, Batian, standing at 5,199m (17,057 ft).

There are 8 main trekking routes on Mount Kenya, all of which summit the lowest peak, Point Lenana at 4,985 metres (16,355 ft). The majority of the 15,000 annual visitors to the mountain go on to summit the lower peak, but for those with technical climbing skills, the second peak Nelion and highest point Batian, are there for the taking too. 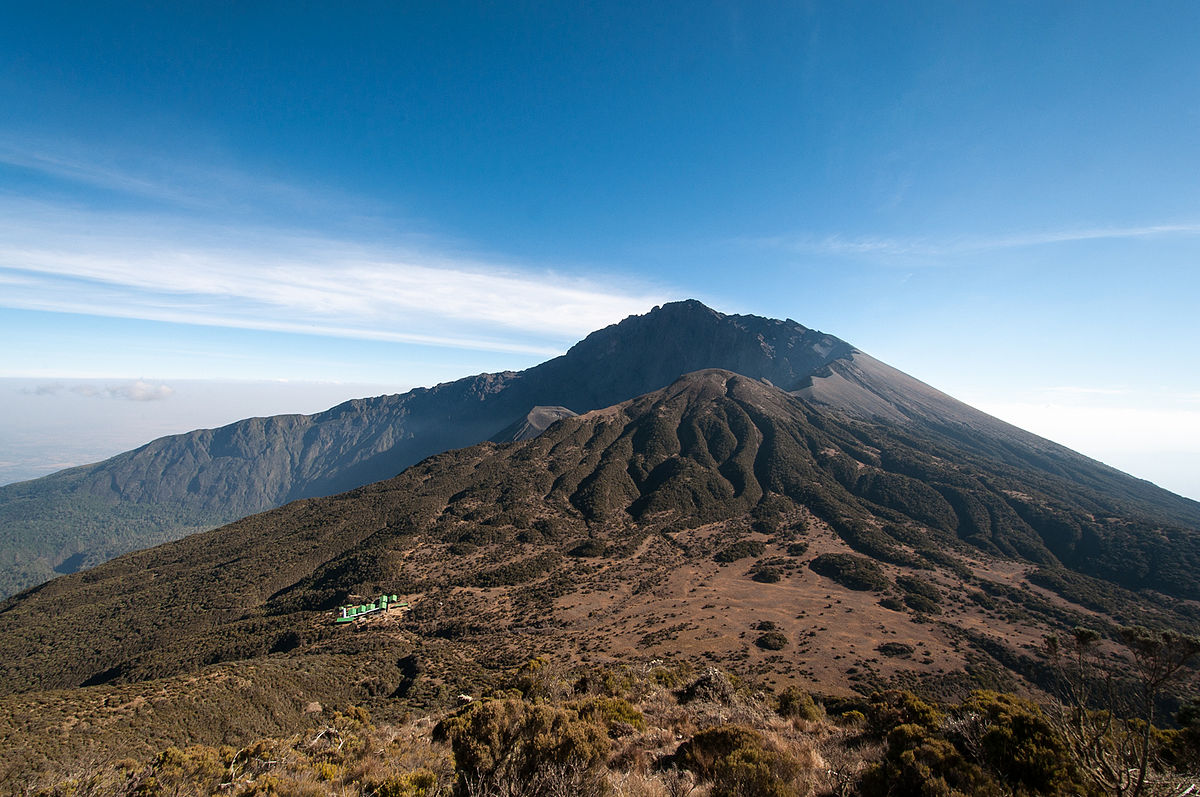 Mount Meru (4,562m / 14,968 ft) is situated just west of Mount Kilimanjaro, in the Arusha National Park. The mountain is the 4th highest on the African continent (depending on definition - see below).

As a short 4 day hike, Mount Meru makes for a great precursor to Kilimanjaro and is often used to help acclimatise for the Roof of Africa.

The list below shows the 10 highest mountain peaks in Africa. Some of the mountains below have sub-summits that are higher than other mountains, but for simplicity we haven't included these.

For example, Mount Kilimanjaro has a second peak, Mawenzi (5,148m), that would easily make the list as the 3rd highest peak in Africa, but we have only included the highest Kilimanjaro peak, Kibo.

The same is true of Mount Kenya, where we have only included its highest peak (Batian), and not Lenana (which incidentally would come in 5th highest on this list).