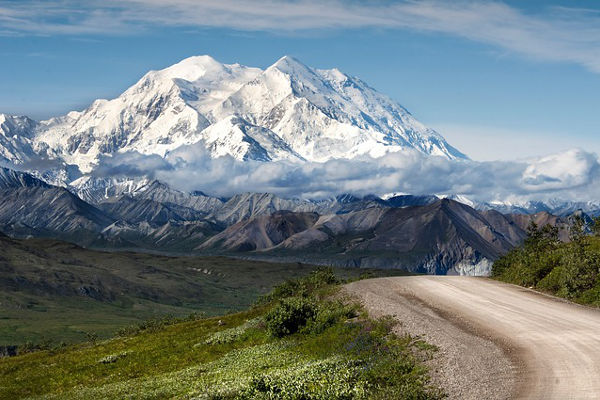 Seven Summits is a coveted mountaineering challenge that sees climbers tackle some of the world’s tallest mountains in order to reach the highest peaks located on each of the seven continents.

Despite being no small feat, over the years there has been a rise in popularity of this prestigious challenge as an increasing number of people make an attempt the reach the peaks.

There is some contention as to which summits are part of the list due to differing interpretations of the boundaries of the continents, so for clarification purposes, we have based our guide on Messner’s version of the 7 summits as this uses Puncak Jaya rather than the lower elevated Kosciuszko, as Australasia’s highest summit. As the highest mountain on earth and head of the Eight Thousanders, reaching the summit of Mount Everest is often considered to be the ultimate achievement for mountaineers and because of the cost involved in the expedition as well as the lengthy duration, it is for many people a once in a lifetime experience.

Everest is situated in the Mahalangur Himal sub-range of the Himalayas on the border of Nepal and Tibet and even though there are a number of recognised routes to the summit, the two most common approaches to the mountain begin from Nepal in the South, and Tibet in the North.

The South Col route which takes the South East Ridge to the summit is known as the standard route. Most tour operators opt to use this route as the Base Camp is very well established and allows climbers access to all the facilities and comforts that it has to offer. It is also technically easier than the North Col route.

The North Col route takes the North East Ridge to the summit is increasing in popularity but remains a little less travelled as the weather conditions tend to be a bit tougher than the South Col route and the Base Camps are not as equipped as the south side.

Mount Everest is best climbed in the spring months of April to May. Though summer may seem the obvious choice, it is monsoon season so heavy rain can hinder your progress.

If you are attempting the 7 summits challenge then consider leaving Mount Everest until the end.  It is best done with prior high altitude experience and you will build up essential mountaineering skills by attempting the other summits beforehand. In order of elevation, Aconcagua is number two on the 7 summits list and is the highest peak outside of Asia as well as the highest in the Southern Hemisphere. It is located in the Andes mountain range of Argentina.

Aconcagua is often considered to be one of the easiest climbing peaks for its height as it is not particularly technical and because of this is a popular mountain to climb. The altitude is often underestimated though and care should be taken to acclimatize properly.

There are three main routes up Aconcagua, the most popular being the Normal Route which takes the North West Ridge to the top. It is a non-technical, ‘trekking’ route and is popular with the guide companies.

Not to be confused with the Polish Traverse Route, the Polish Glacier Route is substantially more technical and requires mountaineering skills to ascend so is more suited to experienced climbers who are proficient with equipment such as an ice axe and short rope.

Climbing season for Aconcagua is during the summer months from 15th November through to 31st March every year, with the peak times being from mid-December to the end of January.

Aconcagua is often used as a warm up in the 7 summits challenge. Consider tackling this one or Mount Elbrus, after summiting Kilimanjaro. Number three on the 7 summits list in terms of elevation is Denali. This impressive mountain is situated in the Alaska Range of mountains in the US state of Alaska. It is the main feature of the Denali National Park and its proximity to the Arctic Circle means that sub-zero temperatures and extreme cold weather are to be expected year round.

The West Buttress Route is the most commonly used path to the summit of Denali as it is the least technical and has significant infrastructure set up along the way in terms of Base Camps and medical evacuation availability.

Muldrow Glacier Route is probably equal in terms of technicality to the West Buttress Route but is not quite as popular as climbers have to hike in instead of fly to Base Camp and so is generally a longer expedition.

The West Rib Route is a step up in difficulty from the West Buttress route as it is considerably steeper, and as there is a greater depth of snow to get through the risk of an avalanche is more prominent.

It diverges from the West Buttress route at Ski Hill point and then takes the North East fork of the glacier to reach the summit.

The most difficult route along Cassin Ridge is reserved for very experienced climbers as in addition to facing adverse and extreme weather conditions like all the routes on Denali, it is a technical climb and requires sustained periods of rock and ice climbing at altitude.

Denali is best attempted in the early summer months from May through to July.

It is advisable to prepare for Denali by climbing Mount Elbrus and Aconcagua beforehand to be adequately prepared. Due to the non-technical nature and only moderate difficulty of the climb, the iconic Kilimanjaro is often one of the first extreme-altitude mountains that climbers attempt.

The allure of being one of the 7 summits combined with its location in beautiful Africa makes Kilimanjaro a very popular mountain indeed.  The extreme altitude should not be ignored but with adequate preparation, Kilimanjaro is very 'summitable'.

Kilimanjaro has a multitude of routes that access the summit, but there are five which are consistently used and considered to be the most popular.

These are Machame (the most popular), Lemosho, Rongai, Northern Circuit, and Marangu Routes. Choosing a route to the summit generally depends on how much time you want to spend on the expedition, how much other foot traffic you want to encounter, and if you want to overnight in hut accommodation instead of camping over the expedition.

Due to its proximity to the equator, Kilimanjaro experiences relatively stable weather and can be climbed year round. Generally, it is best to climb Kilimanjaro between June and September and it is best to avoid the rainy season of April and May, as well as November.

Kilimanjaro is a great mountain to begin your 7 summit challenge. Mount Elbrus is number five in elevation on the 7 summits list.

Elbrus has two summits, both of which are dormant volcanic domes.  The west summit is the taller of the two and is the one that puts Elbrus on the map of the 7 summits.

The South Side approach sees a much greater summit success rate in comparison as there is better infrastructure along the route and it is not quite as demanding so is generally the favoured route to reach the summit.

The North Side involves a glacier crossing so climbers should be comfortable with short rope techniques and crevasse rescue.

The main climbing season on Elbrus is during the summer months from June to September with peak season in July.

Mount Elbrus and Aconcagua are often done early on in the 7 summits challenge. Consider tackling this one before moving on to Denali and Mount Vinson. Vinson Massif is the highest peak in Antarctica. It is based in the Sentinel Range of the Ellsworth Mountains and is the sixth highest of the 7 summits.

Due to its isolated location, it is the ‘youngest' of the 7 summits as it was the last one to be successfully summited, and the popularity of climbing this mountain is mainly attributed to its status as one of them.

The remote location and stark polar landscape make for a surreal and breath-taking expedition to the summit. For most people, the Mount Vinson expedition will certainly be one of the most remote climbs that they undertake.

While the wilderness is truly spectacular the weather is often unpredictable and extra days are usually incorporated into an expedition to allow for the possible bad weather which may delay flights or restrict movement out of base camps.

The majority of climbs go via the western side of the massif from the Branscomb Glacier and make use of the various base camps along the route.

The best time to climb Mount Vinson is in the summer months between December and January when temperatures are slightly warmer and there are long sunlight hours.

Mount Vinson is best done later on in the challenge as a precursor to Mount Everest. By now you should be better-prepared skills wise to tackle Everest but the harsh weather conditions do make Vinson challenging too. The Carstensz Pyramid, also known as Puncak Jaya is the lowest elevated mountain of the 7 summits on the Messner version list.  It is the highest summit of Mount Carstensz in the Sudirman Range of the western central highlands of Papua Province in Indonesia.

The Bass version of the 7 summits includes Mount Kosciuszko, which is located in Australia as the final summit.  But as this is lower than Carstensz and excludes the rest of Australasia in the running we have based our list on the Messner version.  It is to be noted though that most climbers will attempt both of these summits to make sure that they have covered all bases of the challenge.

The Carstensz Pyramid rises up from an exotic rainforest landscape to expose a mountaintop covered with glaciers.  It is unique in the sense that it is the only one of the 7 summits that requires technical rock climbing skills as opposed to the alpine mountaineering skills required on the other summits.

There is one main route to the summit which is known as the Normal Route or Harrer’s Route.  Most guide companies will fly their clients into Base Camp on a helicopter and from Base Camp, it is usually a 12 – 14 hour round trip to the summit.  Alternatively, climbers can hike in from Ilaga to Base Camp though this is the less favoured option of the two due to constant rainfall on the trek through the rainforest to the Base Camp.

Due to its proximity to the equator, the weather is relatively stable throughout the year and when to climb Carstensz Pyramid generally relies on when your guide company is taking the expedition.

Carstensz Pyramid is often done as the final summit of the challenge in conjunction with Mount Kosciuszko to cover bases.

Just in case conquering the 7 summits is not quite adventurous enough, there is also the Three Poles Challenge which sees adventurers reach the North Pole, the South Pole, and the summit of Mount Everest.

Considering the remoteness of each of the poles and the close proximity of the South Pole when on the Mount Vinson expedition, the Three Poles Challenge is often seen as an extra title to bag, leaving just the North Pole as the final marker point. 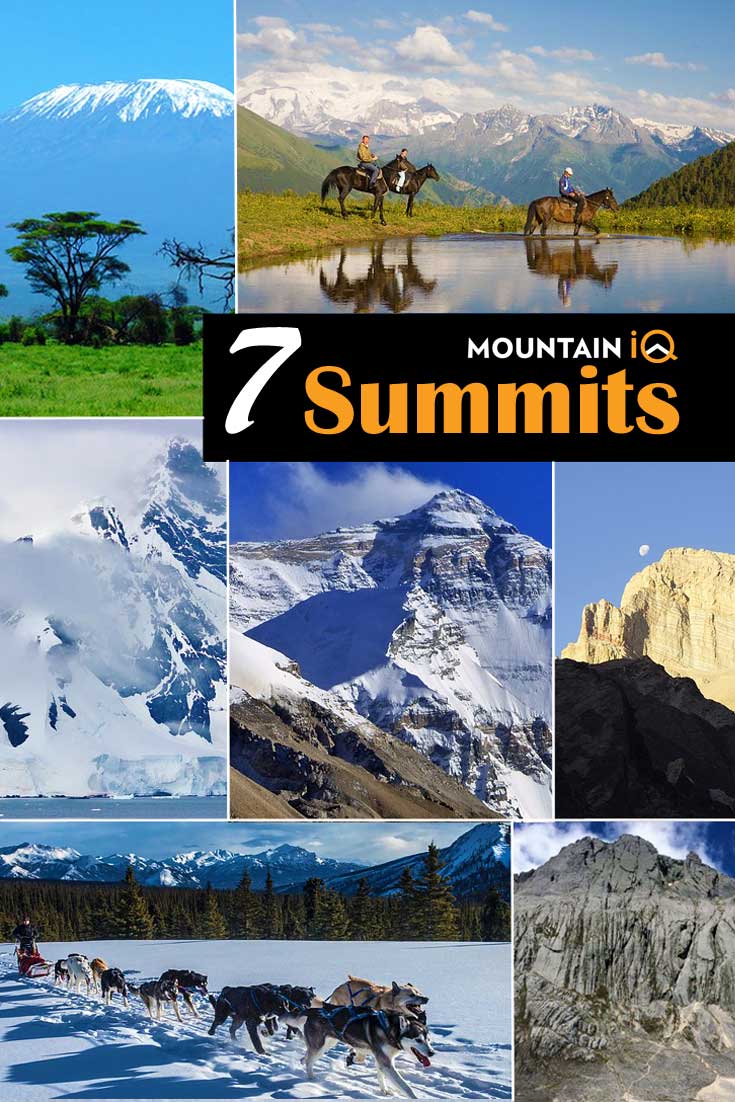