The Andes – The Longest Mountain Range In The World 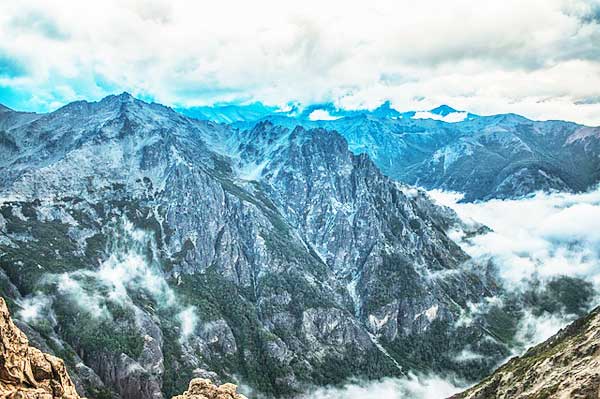 The Andes, or Andean Mountains, are the longest mountain range in the world and are located along the western coast of South America, spanning through seven different countries.

Check out our guide for more information about the Andes Mountains, including its regions, notable mountains and popular hikes. This article contains affiliate links. It won't cost you extra, but if you buy something using our links, it will help us keep the site alive!

The Andes formed as a result of a convergence between the tectonic plates beneath the Earth's crust. The subduction of oceanic crust, which is denser than continental crust and therefore sinks, under the South American Plate caused a compression of the western edge and created the enormous mountain range.

Although the Andes were only formed about 45 million years ago, the process that created them had already begun 140 million years ago. The range is classified as a Mesozoic - Tertiary, or Cenozoic, mountain belt located along the Pacific Ring of Fire, which refers to the horse-shoe shaped zone with high levels of seismic and volcanic activity.

The Andes Mountains extend from north to south along the western edge of South America. The range consists of several transverse and parallel mountain ranges, which chain together to form the Andes. These chains of mountains are called 'cordillera', originating from the Spanish word 'cordilla', which means 'rope'.

Spanning through Colombia, Venezuela, Peru, Ecuador, Bolivia, Argentina and Chile, the Andes are a vast and long mountain range and have the highest peak outside of Asia. Therefore, it boasts one of the most incredible South American features.

The Andes have a general width of about 200 km throughout the range. Except for the Bolivian flexure where it expands to about 640 km wide. The Bolivian flexure, or orocline, is where the Andes bends and changes its orientation for northwest to south.

The climate of the Andes varies greatly between its different sections. This is due to its location, length, altitude, and proximity to the Pacific Ocean. Thus, the range can be divided into three climatic subregions: the Tropical Andes, the Wet Andes and the Dry Andes.

The northern sections of the Andes typically have a warm and rainy climate. Therefore, they are designated the Tropical Andes. However, the climatic conditions and temperatures still range drastically depending on altitude. There is also a big difference between the external slopes, which face the ocean, and the internal slopes.

The Dry Andes refer to the Central Andes where the mountain peaks reach very high elevations, resulting in a dry steppe climate with big glacial formations.

The Wet Andes is the climatic subregion of the southern sections of the mountain range that span from Chile into Argentina. The glaciers in this climatic subregion are more stable than those in the Dry Andes due to summer rainfall and low thermal fluctuations.

The permanent snow line on the Andes Mountains also varies greatly between the subregions, ranging from  4,500 - 4,800 meters in the Tropical Andes to 5,200 meters in the Dry Andes and then descending to only 300 meters in Tierra del Fuego.

Flora and fauna in the Andes is rich and diverse throughout the mountain range with various species thriving in different regions depending on altitude and the different climatic zones. Different species of plants and animals can be found in the highlands, lowlands and southern forest areas.

In the highlands and on the mountains, the vegetation mostly consists of shrubs, grasses, small trees and cultivated plants like potatoes, tuber, Quinua grain, and various beans. Eucalyptus, Pine trees and several cacti species are also common in the highlands of the Andes.

The lowlands and rainforest areas of the Andes feature approximately 2,500 different species of trees. The endangered Mahogany Tree can be found here. The lowlands are also used for agricultural purposes with many different crops being grown on the land.

Along the Pacific coastline and in the southern forests, several species of palms grow, as well as Pine, Oak and Olivillo trees.

The Andes Mountains are home to a diverse array of wildlife. It has close to 600 different species of mammals, over 1,700 bird species, about 400 species of fish and more than 600 reptile species. About two thirds of the various wildlife species are endemic to the Andes region.

Llamas, alpacas, Vizcachas, and endangered Andean bears, armadillos and pumas can be found in the highlands, while monkeys, Tamarins, tapirs, jaguars and tigers live within the rainforests. Pink dolphins, Gray dolphins and manatees can be seen in some of the lagoons and rivers in the Amazon basin.

Mountain Regions in the Andes 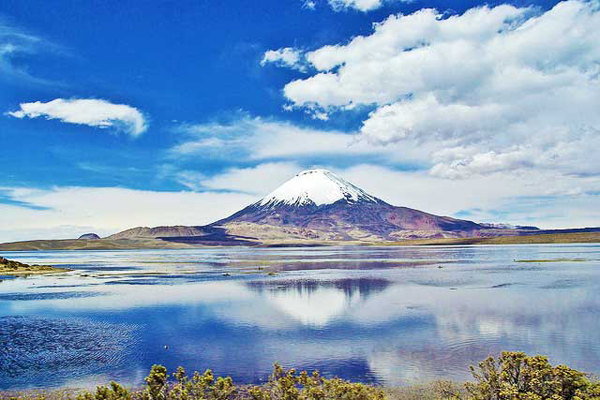 The Northern Andes span through Venezuela, northern Ecuador and Columbia. It consists of three mountain ranges that lie parallel to one another: the Cordillera Occidental, Cordillera Central and the Cordillera Oriental.

These mountain ranges contain many active volcanoes, the lava from which has separated the central plateau into a string of several major basins.  The Cordillera Occidental runs parallel to the coastline and ascends to an elevation of 3,730 meters.

The Cordillera Central Mountain range is the highest and the shortest range in this region, spanning about 640km. Most of the volcanoes in the region belong to this range including Nevado del Huila at 5,364 meters. 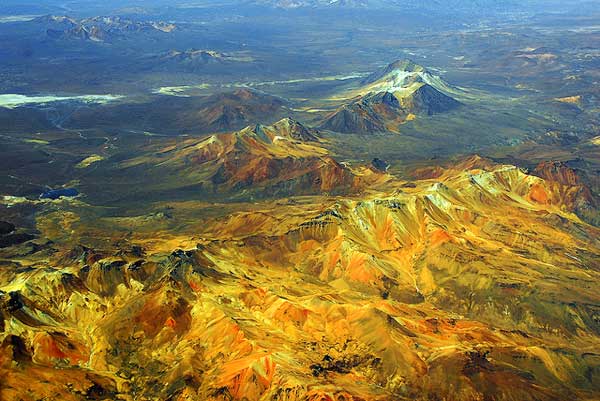 The Central Andes begin where the mountains get wider, higher and more arid. The mountains in this region stretch from Argentina and Chile into Bolivia and Peru.

A high plateau, called the Atacama Plateau or the Altiplano, becomes bordered by two ranges: the Cordillera Occidental and the Cordillera Oriental. The highest navigable lake in the world, Lake Titicaca with a surface level at 3,812 meters above sea level, can be found in the basin between the cordilleras.

The Cordillera Central joins the other two ranges as the Andes stretch into Peru. 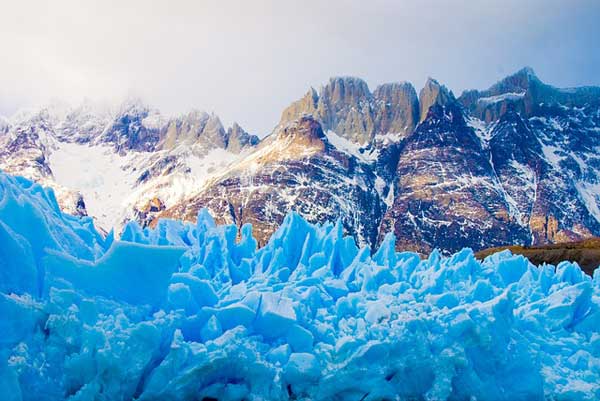 The Southern Andes are located within Argentina and Chile and also includes the Patagonian Andes region. The mountains are rugged and  in this region and cut through by many depressions. Many of these mountains are covered with glaciers, ice fields, lakes, fjords and rivers.

The highest peak in the Western and Southern Hemispheres, Mount Aconcagua, is located in Argentina at an elevation of 6,961 meters above sea level.

Notable Mountains in the Andes

The Andes are a large mountain range spanning through multiple different countries. Thus, there are many notable mountains and peaks within the range - a hundred of which reach over 6,000 meters high.

Here is some more information on some of those mountains. 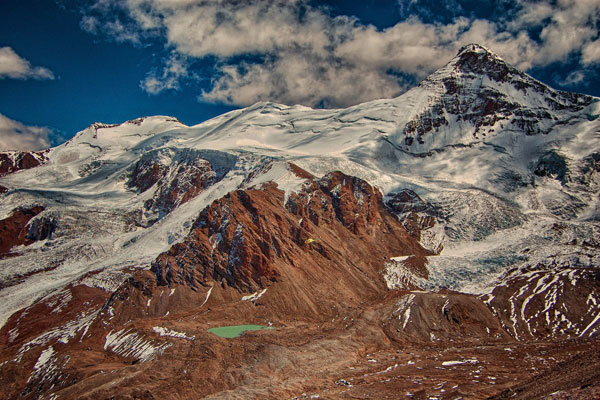 Mount Aconcagua is the highest peak in the Western and Southern Hemispheres at 6,961 meters. It is located in Argentina and lies close to the Chilean border. Aconcagua is a very popular mountain to climb as it is part of the Seven Summits.

The first recorded summit of Mount Aconcagua was done by Matthias Zurbriggen in 1897. He was a Swiss guide in a group lead by Edward FitzGerald, who, after eight attempts, never reached the summit. A Polish team was the first to successfully climb Aconcagua from the eastern side in 1934. 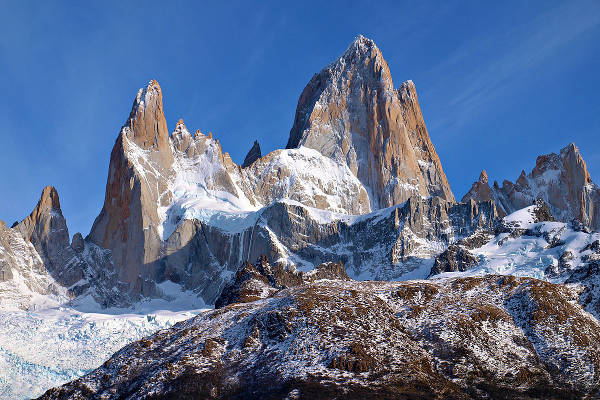 Mount Fitz Roy is located in Patagonia and sits on the border between Chile and Argentina. It lies in the Southern Patagonian Ice Field and reaches an elevation of 3,405 meters.

It's original name, Chaltén, translates to "smoking mountain" in Tehuelche dialect, which refers to the clouds that often form around the mountain's peaks.

The first successful summit of Mount Fitz Roy was made by Lionel Terray and Guido Magnone in 1952. 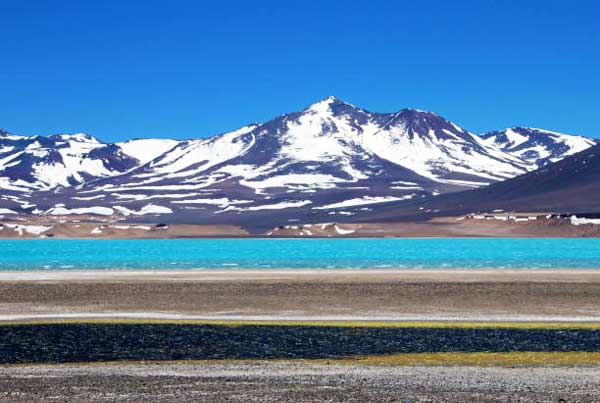 Ojos del Salado is the highest active volcano in the world. It is a stratovolcano that sits at 6,893 meters above sea level and is the second highest mountain in the Southern and Western Hemispheres.

Because of its proximity to the Atacama Desert, Ojos del Salado has a very dry and cold climate with snow covering its peak throughout winter. It also houses a permanent crater lake at an elevation of 6,390 meters, which could be the highest lake in the world.

Ojos del Salado was first climbed by Jan Alfred Szczepański and Justyn Wojsznis, who were part of a Polish expedition, in 1937. 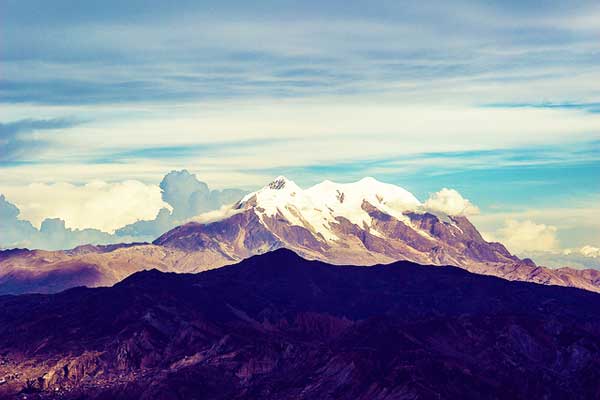 Illimani is the tallest mountain in the Cordillera Real at an elevation of 6,438 meters. Its name translates to "the shining one" and is considered to be the guardian of La Paz in Bolivia. Illimani has four main peaks, the highest of which, Nevado Illimani, is a very popular climb.

The first ascent of Illimani was made by Charles Wiener, J. C. Ocampo and J. de Grumkow in 1877.

Notable Hikes in the Andes

The Andes are a hikers paradise, with numerous mountains to climb and high peaks to summit. They offer countless stunning views and unique landscapes to explore.

Here are some of the most notable hikes in the Andes Mountains. 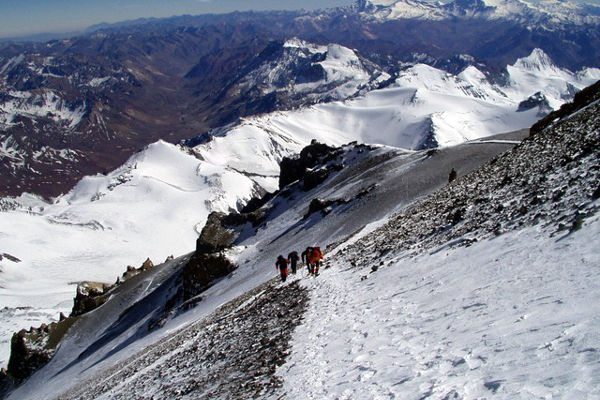 Aconcagua is the highest mountain in the Andes, making it a very popular trek. It is considered to be a fairly easily climb considering its height and is a part of the Seven Summits mountaineering challenge.

There are many routes that lead to the summit. While the main trails are technically easy, the high altitude of the mountain makes it a tough and challenging journey. There are many other routes that are much more difficult and dangerous for even the most experienced hikers.

The two most popular main routes are the Normal Route and the Polish Traverse Route, which start on opposite sides of the mountain before joining before the summit. 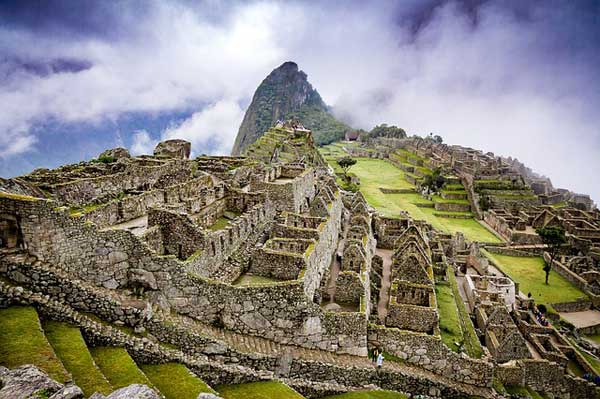 The Inca Trail to Machu Picchu is one of the most famous and popular hikes in the world. The trail showcases the beautiful Peruvian landscape and the tall mountains of the Andes.

There are three overlapping trails that can be taken to Machu Picchu: the Mollepata, Classic and One Day. It generally takes about 4 days to hike the Inca Trail. 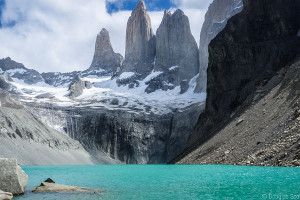 The Fitz Roy trek takes you on a journey into the rugged peaks of the Monte Fitz Roy.

The route is approximately 30km long and takes about 3 to 4 days. It is considered to be quite an easy hike so it is perfect for beginners and inexperienced hikers who want to see the natural beauty and breathtaking views of the area.

If you plan to hike in the Andes, make sure that you are adequately insured for up to 4,000m. We recommend World Nomads. Use the calculator below to get a quick quote. 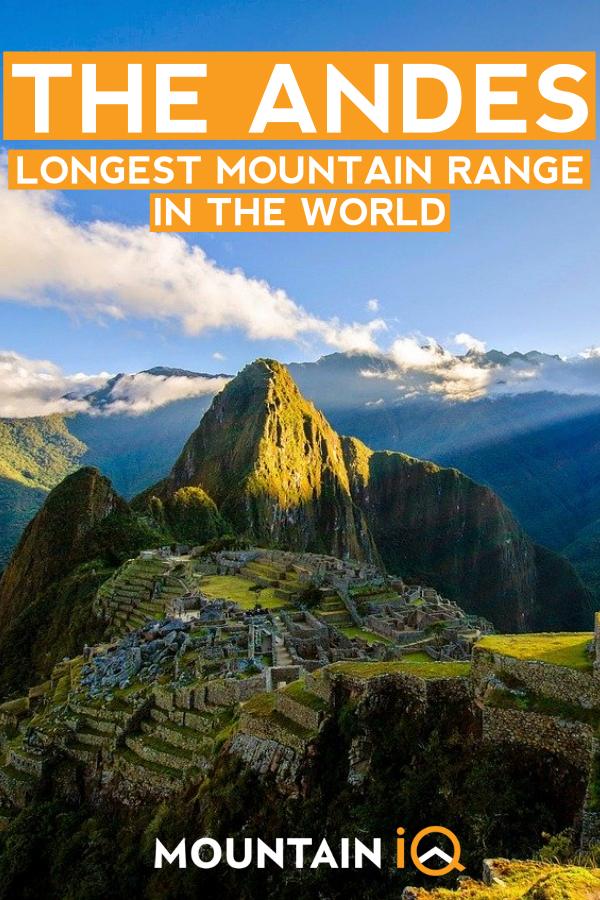