The Alaska Range is the biggest mountain range in Alaska and forms part of the American Cordillera. The highest peak in North America, Denali, is found in this range.

The range is notorious for its bad weather, although its rugged, wild beauty more than makes up for it. See our guides page to compare it to other ranges in the world.

Have a look through this guide for everything you need to know about the Alaska Range, from its physical geography to some of its most notable hikes.

The Alaska Range is the result of uplift and erosion processes that have been at work for many millennia. Like most of the other mountain ranges in North America, the Alaska Range was created when the oceanic crust was forced under the continental crust of the North American Plate in the process of subduction.

The tension and force between the colliding tectonic plates resulted in the formation of the mountain range. The highest peak of the Alaska Range, Denali, is affected by two faults, the Denali Fault and the Hines Creek Fault. These faults have contributed to the impressive height of the peak.

The mountains are still growing due to uplift from the faults, which results in major earthquakes around the area. Large granite batholiths make up the cores of the Alaska Range, making the mountains very resistant to erosion.

All of these factors combined (tectonic plate movement, uplift and lack of erosion), have resulted in the great heights of Denali and other mountains in the Alaska Range.

The Alaska Range spans a distance of 650km in an arc across Central Alaska. The mountains stretch from the Alaska-Canada border near Yukon territory to the Alaska Peninsula, trending toward the Pacific Coast Ranges.

The range supports many large glaciers, including the Castner, Canwell and Black Rapids glaciers. Four rivers cut through the Alaska Range: the Delta River, Nenana River, Nabesna River and the Chisana River.

The mountains are located in the Pacific Ring of Fire area and straddle the Denali Fault. Thus, the range lies in an area where many volcanic eruptions and earthquakes occur.

The Alaska Range has an interesting shape and topography. The highest peak lies near the centre of the arc of mountains with most of the other tallest peaks clustered around it.

The climate of the Alaska Range varies between its southern side and northern side.

The Alaska Range traps a lot of moisture from the gulf, leading to great amounts of rainfall and snow on the mountains. This results in the many large glaciers found throughout the range.

The northern slopes have a more extreme climate with warmer, drier summers and severe winters. Temperatures can range anywhere from -70˚F to 90˚F (-57˚C to 32˚C) depending on elevation.

Denali is often considered the world's coldest mountain due to its subarctic latitudinal location and its tall elevation. It is so enormous that it has its own weather patterns, which are extreme and unpredictable.

Different vegetation zones characterize the Alaska Range. The various zones are dependent on elevation. White spruce and cottonwood cover the lowlands and floodplains of the Susitna and Copper Rivers. Above this low-lying zone is a section of black spruce which grows in areas of poor drainage.

Above 300 meters are forests of birch, white spruce, poplar and aspen, along with ferns, moss, berries and grass. This section extends into the timberline, which generally refers to trees that can survive in harsh climates like evergreens, located between 800 and 1,100 meters.

Low-lying shrubs grow in patches among the rocky terrain above the timberline and lead into zones of white mountain-avens, arctic sandwort, grass and lichen. This zone ends short of the permanent ice caps that cover the mountain peaks.

The majority of the wildlife in the Alaska Range is found in the lowlands and the forested areas. Dall sheep, moose, brown and black bear, wolverine, caribou and wolf can all be found in the mountains, along with smaller mammals such as red fox, beaver, lynx, squirrel and otter.

There are over 160 different species of bird in Denali National Park and the Alaska Range. Bird-watchers should keep a look out for goshawk, ptarmigan and the majestic golden eagle. 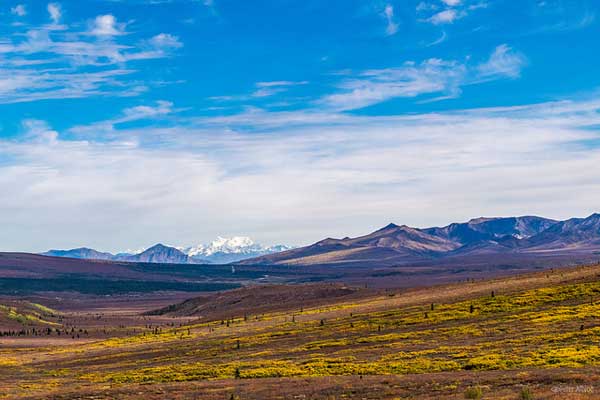 The Eastern Alaska Range is the largest of the three Alaska Range regions and starts near the Canadian border where the Wrangell Mountains end.

This region contains some of the most rugged and wildest mountains in Alaska, including the infamous Mount Deborah.

There are many sub-ranges in the Eastern Alaska Range, the main ones being the Hayes Range and the Delta Range. 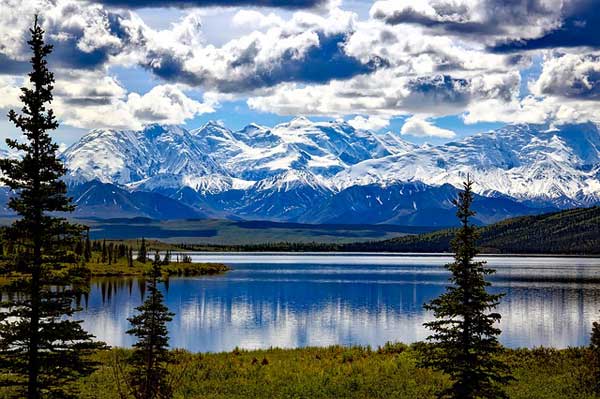 The Central Alaska Range is home to Denali, the highest mountain in North America. The Denali National Park and Preserve is located around the enormous massif and is a popular place for tourists to visit and see the majestic mountain.

This region covers a large area of land that is very remote and rarely visited. Much of the park is a complete wilderness zone where there are no trails or vehicle access. The park itself only has one road and only a few trails to explore.

The Southern Alaska Range extends from the central region until the mountains end at Lake Clark. This region is the most remote and isolated of all the Alaska Range regions and is a complete wilderness.

Very few people journey to this region, and when they do they mostly visit a small area in the Lake Clark National Park and Preserve.

The Alaska Range is home to many well-known mountains, including the highest mountain in North America. Here is some more information on some of the most notable mountains in the range.

Denali is the highest mountain in the Alaska Range and North America with an impressive elevation of 6,190 meters.

The mountain was formerly known as 'Mount McKinley' after a presidential candidate in 1896, although the native Koyukon people had referred it as 'Denali' for hundreds of years. The name was officially changed to Denali in 2015.

The first successful summit of Denali was made in 1913 by  Hudson Stuck,  Walter Harper, Harry Karstens, and Robert Tatum via the South Summit. The safer and more popular route, the West Buttress route, was first climbed by Bradford Washburn in 1951. 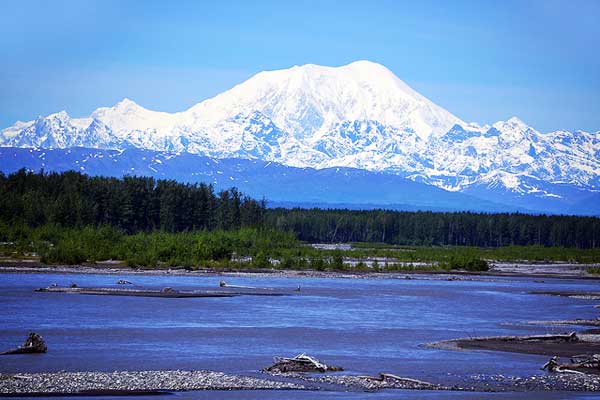 Mount Foraker is the second highest mountain in the Alaska Range and is located in the central region. It has an elevation of 5,304 meters making it the third highest summit in the United States.

The mountain has a north peak and a higher south peak. The south peak was first summited in 1934 by Charles Houston, Chychele Waterston, and T. Graham Brown.

Mount Hunter is the third highest peak in the Alaska Range at 4,442 meters above sea level. It is known by the native people as 'Begguya' which means 'Denali's child'.

Despite being a great deal shorter than Denali, Mount Hunter is more challenging to climb. It has very steep faces and long snowy ridges.

The first successful ascent was made by Fred Beckey, Henry Meybohm and Heinrich Harrer in 1954.

Mount Deborah is one of the most famous mountains in the Alaska Range. While its peak is quite low in elevation compared with the highest mountains in North America, it is still considered a major peak at 3,761 meters.

It is very steep and has a quick rise in elevation, making it a challenging climb.

Notable Hikes in the Alaska Range

The Alaska Range is an excellent destination for mountaineering and alpine climbing. There are many peaks and valleys to explore with beautiful scenery and awe-inspiring views.

Here are some of the most notable climbs and treks in the Alaska Range. 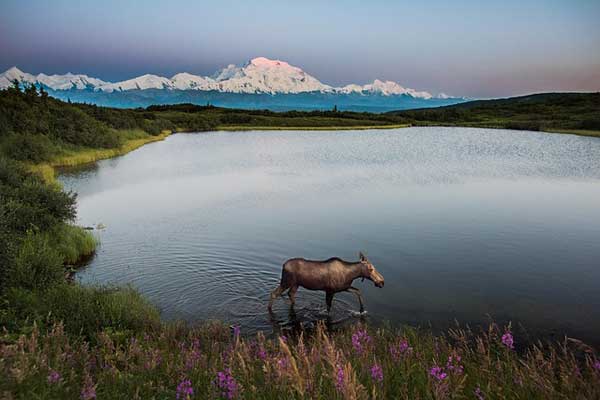 Denali is on the Seven Summits list and is a great challenge for climbers to accomplish. The weather conditions on the mountain are harsh and unpredictable due to its high elevation and proximity to the Arctic Circle, making it a very difficult journey to complete.

There are several trails that you can take up Denali, although the West Buttress Route is the most popular and least technical. Experienced climbers seeking a serious challenge could opt for the route along Cassin Ridge, which is the most difficult to climb. 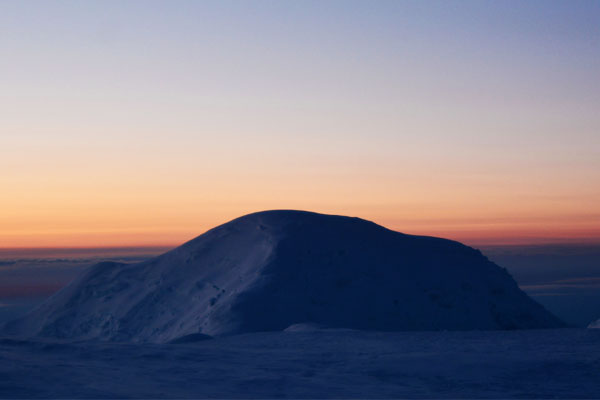 Photo by Mike B

The climb to Kahiltna Dome is a 7 to 10 day journey that is rated as moderately difficult. The route takes you to Kahiltna Dome which is located along the West Buttress Route of Denali. Along this route you will reach Kahiltna Pass from where you will climb to a large glaciated ridge.

From the ridge you will go on to climb the summit from where you will be rewarded with spectacular views of Denani, Mount Foraker, the Kahiltna Peaks and Mount Hunter. 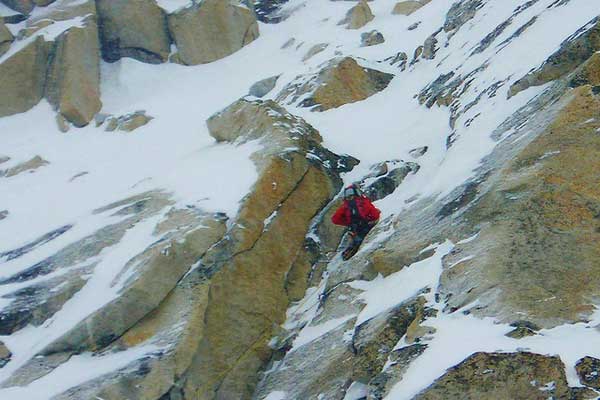 The Peak 11,300 route is one of the most classic Alaska Range climbs and is a favorite among alpinists. It takes about 8 to 12 days to complete and leads you along the exposed Southwest Ridge.

Peak 11,300 is a moderate to intermediate level climb that has a mixture of different technical skill requirements, including cornice climbing and alpine ice climbing.

If you plan to hike in the Alaska Mountains, make sure that you are adequately insured for up to 4,000m. We recommend World Nomads. Use the calculator below to get a quick quote. 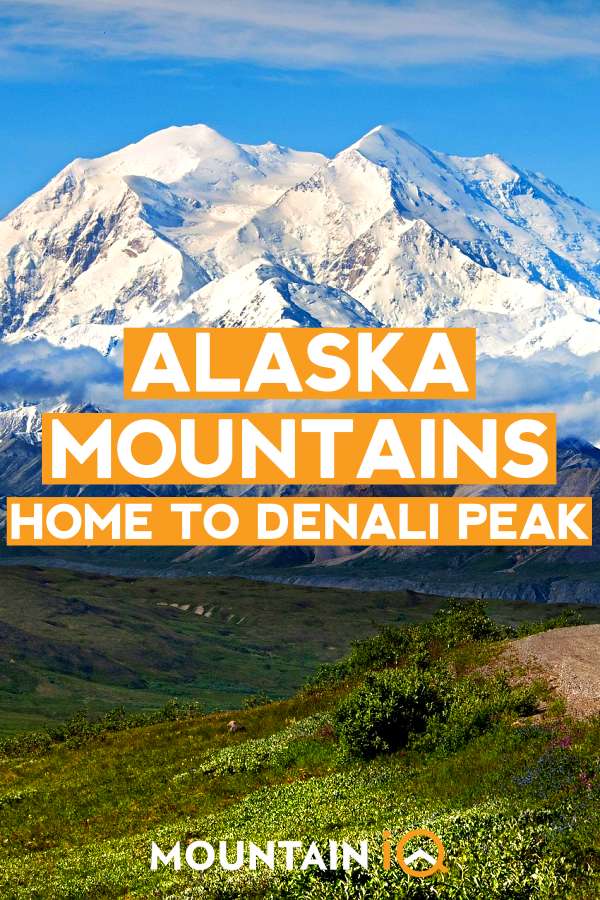