Dinaric Alps – One Of The Major Mountain Ranges Of The World 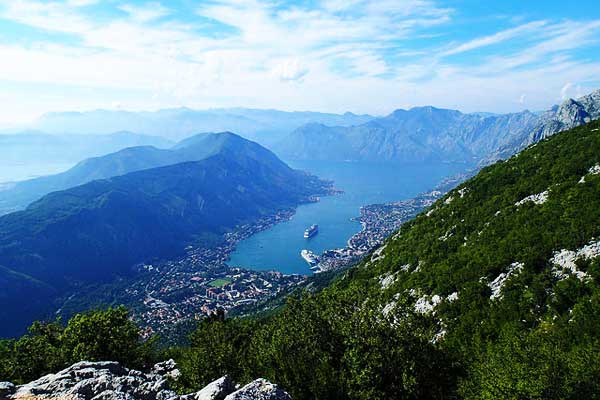 The Dinaric Alps are a mountain range in southern and southeastern Europe, separating the continental Balkan Peninsula from the Adriatic Sea. It is one of the most rugged and extremely mountainous areas of Europe.

This is a guide on all the important information about the range, including the notable mountains and the famous Via Dinarica mega-trek.

The Dinaric Alps are formed largely of Mesozoic and Cenozoic sedimentary rocks of dolomite, limestone, sand and conglomerates formed by the seas and lakes that once covered the area.

50-100 million years ago, during the Alpine earth movements, immense lateral pressures folded and overthrust the rocks in a great arc around the rigid block of the northeast.

The Dinaric Alps were thrown up in more or less parallel ranges, stretching like necklaces from the Julian Alps as far as northern Albania and Kosovo.

The most extensive example of limestone mountains in Europe are those of the Dinaric Karst. A karst is a special type of geologic environment that is formed when soluable rocks, such as limestone or dolomite, are corroded and dissolved by percolating water.

There are numerous glacial lakes and rivers running throughout the mountain range.

There are 7 main passes in the Dinaric Alps with Postpjna Gate in Slovenua being the highest at 606m above sea level.

You will also find churches, mosques and orthodox monasteries in the range as well as many mountain villages.

The mountains of the Dinaric Alps are under the influence of three basic types of climate:

The heights of the narrow coastal belt and the islands of the Adriatic have a Mediterranean climate, characterized by hot, dry summers and mild and rainy winters.

Most of the Dinaric Alps have a classic alpine climate with large rainfalls. Alpine climates experience short and cool summers with long winters with abundant snowfall.

Lastly, the mountains on the northern edge of the Dinaric Alps and the lower laying areas of the north eastern chain have a mixture of mountain and continental climates – sometimes called moderate-continental and mountainous. This kind of climate has warm summers, but also has cold winters.

The fauna and flora of the Dinaric Alps are incredibly diverse, with thousands of different plant species, and many endemic species of both plants and animals.

The Dinaric Alps are home to the Dinaric lynx, Dinaric wolves and the olm. You can also find brown bears and chamois in the range.

Vegetation in the Dinaric Alps ranges from forests of beech and fir to meadows and pastures. Some regions have Mediterranean Vegetation while others have karstic vegetation.

You will be sure to encounter various rare species of plants and animals.

Mountain Regions in the Dinaric Alps 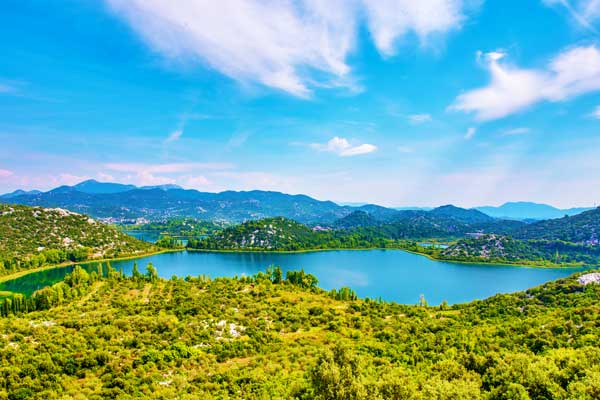 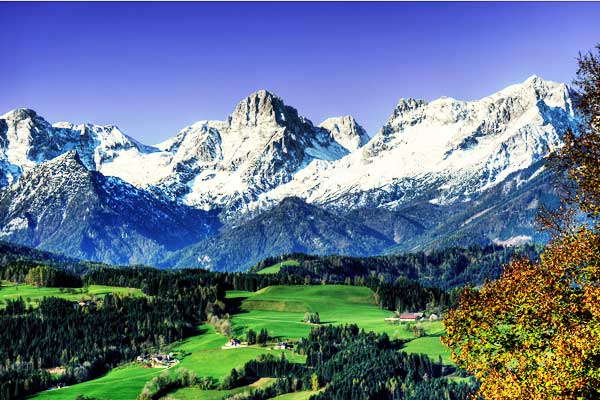 Notable Mountains in the Dinaric Alps 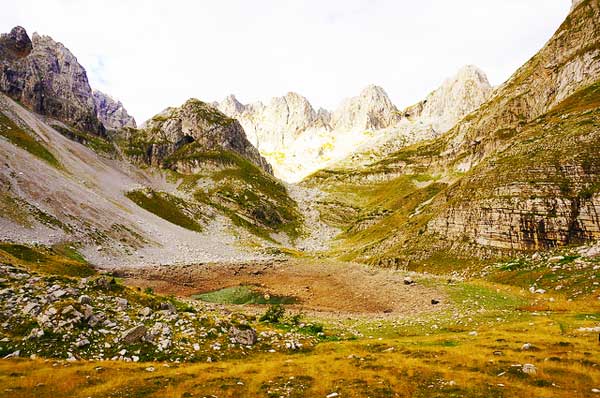 Maja Jezerce is the highest mountain in the Dinaric Alps. The mountain stands at 2,694m above sea-level and can be found in the Albanian Alps (Prokletjie).

It is the 28th most prominent peak the European continent and it is known to be one of the toughest, if not the most dangerous climbs in the area. 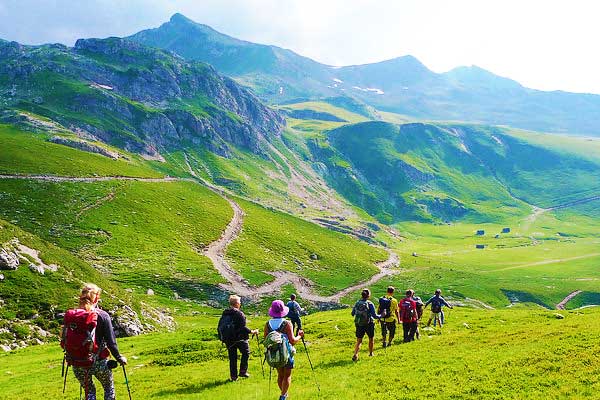 At 2,656m above sea-level, Gjeravica is the second highest peak in the range and the highest mountain in Kosovo. 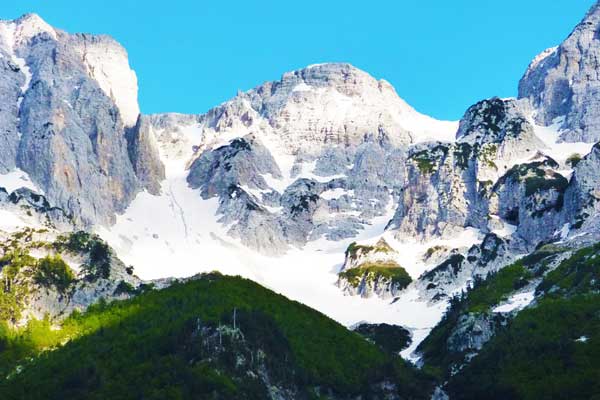 It stands at 2,567m above sea-level and is one of the highest mountains in the Dinaric Alps. 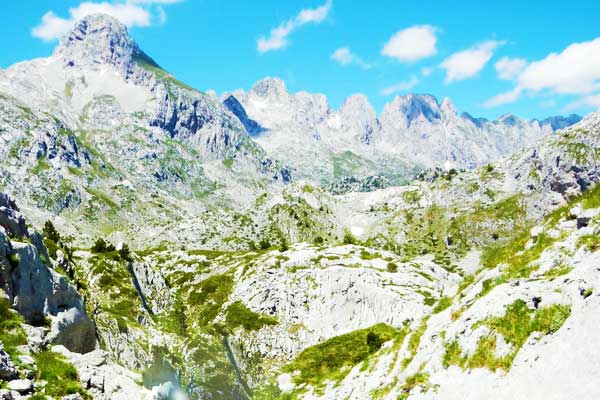 Maja e Rodohimes, is the 5th highest mountain in the Dinaric Alps and stands at 2,568m above sea-level. It is located in the Prokletjie. 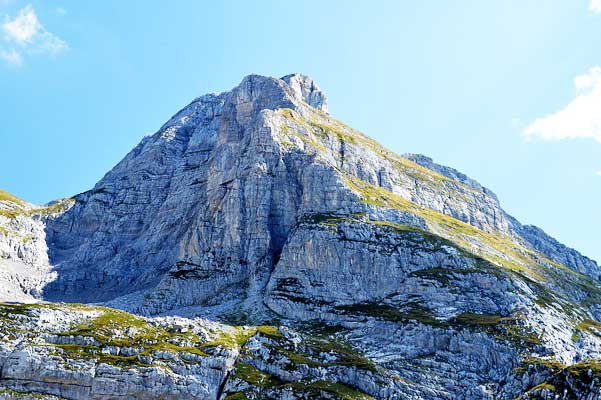 Zla Kolata lies on the border of Montenegro and Albania, at 2,553m above sea-level, it is the highest mountain in Montenegro.

Notable Hikes in the Dinaric Alps

The Dinaric Alps offer some of the greatest supported hiking and walking opportunities in Europe.

This mega-trail was named Outside Magazine’s Best New Trail in 2014, Paste Magazine’s best trekking path in 2015, a 2016 must-see by both Wanderlust Magazine and the Guardian and rated ‘Best of the World’ by National Geographic Travelers.

This 1,200m long route connects the tallest peaks in the seven countries the Dinaric Alps run through and is comprised by more than 120 stages. It has been named as one of the world’s top trekking destinations.

This trek is ideal for those who yearn for adventure and want to experience something a little out of the ordinary.

The white route is the main trail route with the blue and green trails still being developed.

The white route takes 528.27 hours (3 months) to complete end-to-end. You will need to be significantly fit and experienced to embark on this trek as it is difficult.

You will be camping along the route so be sure to pack your sleeping bag. The best time to go is in the warmer months between May and November. 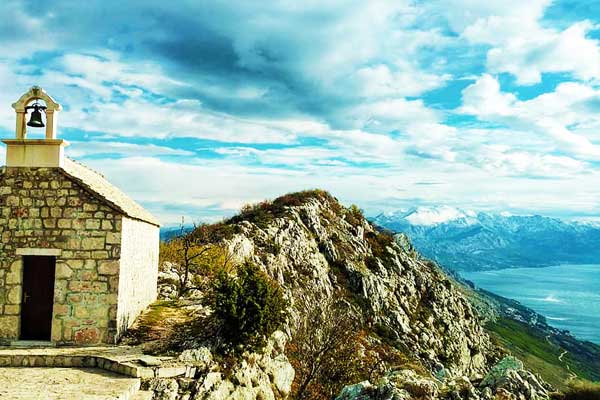 If you plan to hike in the Dinaric Alps, make sure that you are adequately insured for up to 4,000m. We recommend World Nomads. Use the calculator below to get a quick quote. 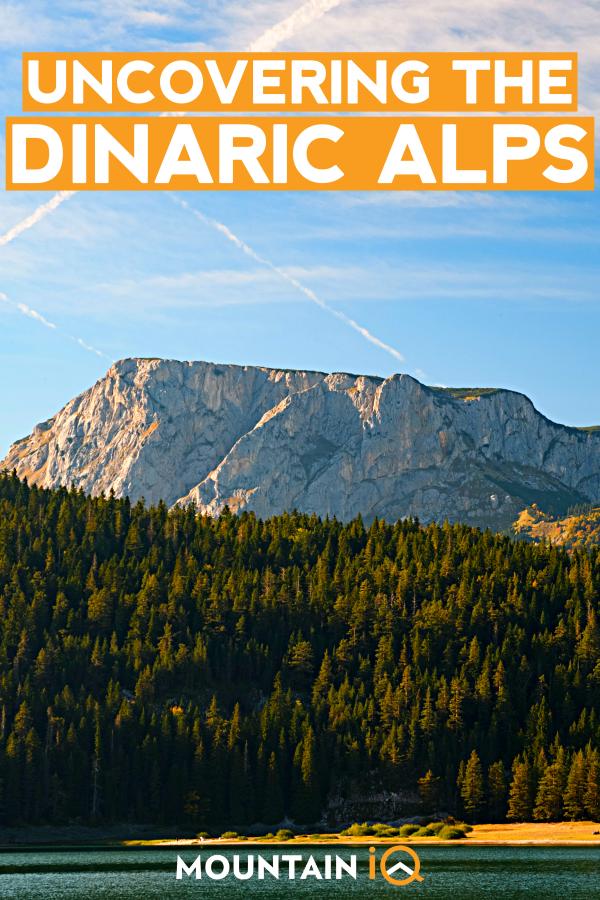