The Pyrenees – Glorious Mountains In France And Spain 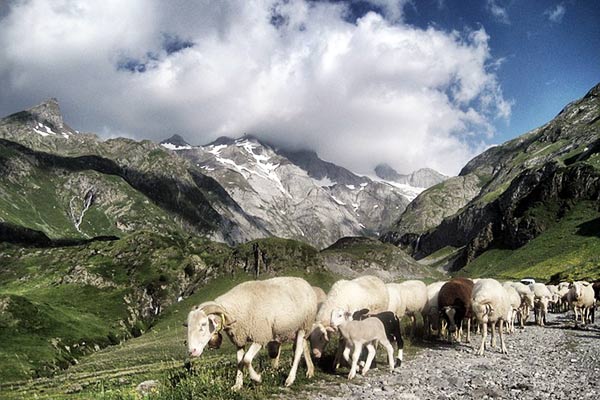 The Pyrenees Mountain Range stretches 450km between the Atlantic Ocean and the Mediterranean Sea. It offers unique views, as well as many species of endemic fauna and flora.

Below is our guide of all you need to know about the Pyrenees mountain range, including information on its most notable hikes.

Although the Pyrenees is a relatively young mountain belt, the range does contain rocks that are much older than those of the Alps.

The oldest rocks in the Pyrenees date from the Hercyian Orogeny, which occurred around 500 million years ago. Over the next 200 million years, the ancient mountains formed during this period eroded away and became covered by a shallow sea.

Around 220 million years ago, a change in direction of plate movement caused the collision of two continental plates (The Iberian Peninsula with Europe) which led to the uplift of the Pyrenees.

The initial mountain building began in the Eocene period which the majority of the uplift and deformation occurring in the Oligocene period.

The Pyrenees Mountains, located in southwest Europe, form a natural border between France and Spain. The mountain range stretches 450km between the Atlantic Ocean and the Mediterranean Sea. It is an unexplored and wild area which features high peaks, often exceeding 3000m above sea-level.

The range is home to Pico d’Aneto, which is Spain’s third highest mountain. Glaciers can also be found in the mountain range, but unfortunately, they are receding due to climate change.

You will also find beautiful lakes and villages within the mountain range.

The climate of the Pyrenees Mountains varies as you move from east to west. Precipitation, both snow and rain, is far greater in the western Pyrenees than the eastern Pyrenees due to the moist air that blows over the Bay of Biscay from the Atlantic Ocean.

The mountain range has an average winter temperature of -2 degrees Celsius. Snow can be observed at least 50% of the time at altitudes above 1600m between the months of December and April.

The Pyrenees Mountains have a large number of endemic species across both fauna and flora.

The lower mountains in the west are characterized forests and the extent of which decreases as you move eastwards. The east can be described as being wild and more barren, where granite masses prevail.

In the west the plant life is similar to that of eastern Europe, whereas the east has more Mediterranean plant life.

The Pyrenees have nearly as many endemic plant species as the Alps. These species include; the Xatardia, which only grows on a high alpine pass between Val d’eynes and Catalonia, there are also several species of Saxifrages which grow abundantly.

There are also very interesting animal species that are endemic to the area. The Pyrenean desman is found only in some of the streams of the northern slopes of these mountains. The Pyrenean euprocte lives in streams and lakes at high altitudes.

There are also blind insects in the Caverns of Ariege and the Pyrenean brown bear, which has been brought back from the brink of extinction.

Mountain Regions in the Pyrenees

The Pyrenees fall in the countries of France and Spain and create a natural border between the two. The mountain range is separated into three sections; the western, eastern and central Pyrenees. 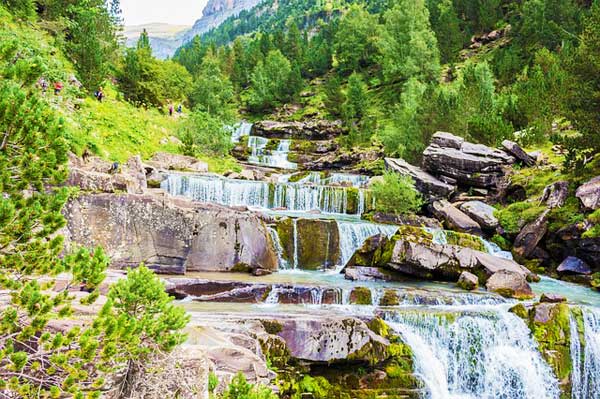 The highest point is Pic du Midi d’Ossau which stands at 2,884 m above sea-level. 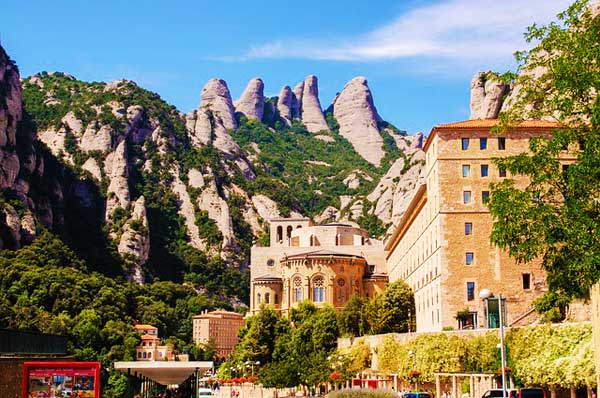 The highest point is Puigmal, which stands at 2,910 m above sea-level. 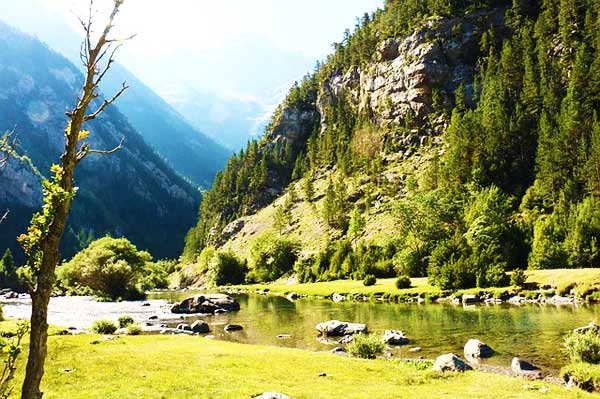 Notable Mountains in the Pyrenees

The Pyrenees Mountains have 129 summits of 3000m above sea-level or higher with a total of 83 secondary summits. Of the 129 three-thousanders, 59 are in Spain, 26 are in France and 15 delimit the border between the two countries.

Here is a list of the most notable mountains in the Pyrenees Mountain Range. 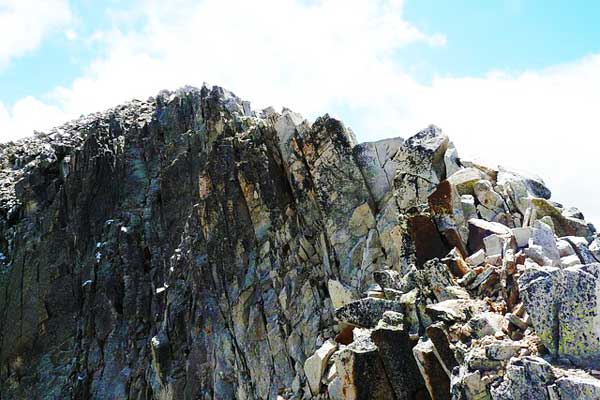 At 3,404 m above sea-level, Pico d’Aneto is the highest point in the Pyrenees and Spain’s third highest mountain. The mountain stands in the Spanish province of Huesca in the Posets-Maladela Natural Park.

On the mountain’s northernmost side resides the largest glacier in the Pyrenees.

The first recorded ascent was in 1842. 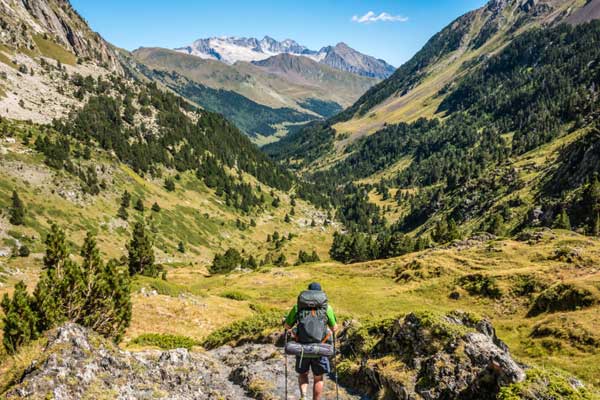 This mountain is the second highest peak in the Pyrenees Mountains and stands at 3369m above sea-level.

Like Aneto, it stands in the Spanish province of Huesca.

The first recorded ascent was in 1856. 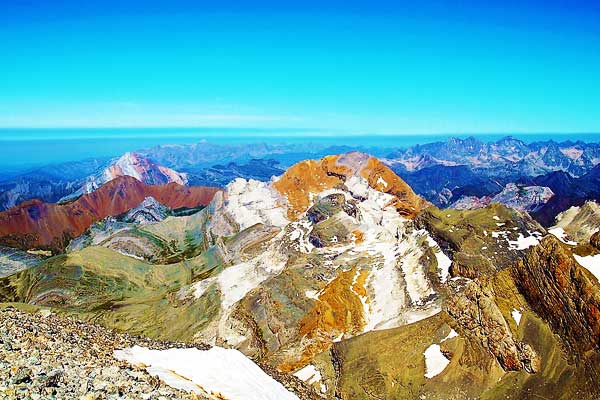 Mount Peridido is the third highest mountain in the Pyrenees.

Like the other two mountains mentioned above, it is also located in Spain, but Mount Peridido is located north of Huesca province in Ordesa y Monte Peridido National Park.

This mountain is easier to access from Spain than it is from France. 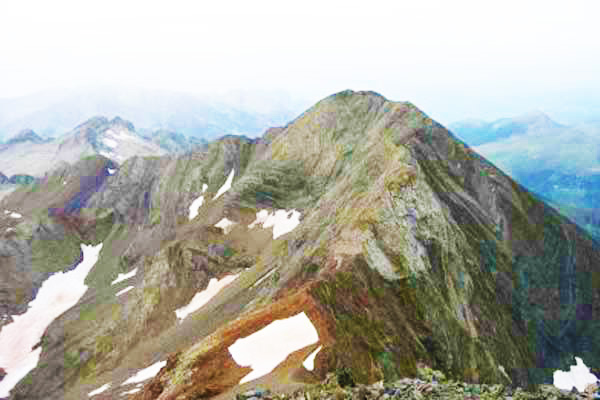 Pico Espadas stands at 3332m above sea-level and stands on the Spanish side of the Pyrenees.

The mountain is located close to Pico Posets in an area that is rich in high summits.

Notable Hikes in the Pyrenees

The Pyrenees offer some of the greatest supported hikes in Europe.

Hiking in the Pyrenees is an absolute must for those who want to experience true adventure in this wild and unexplored stretch of mountains.

The best time to hike is very much dependent on the area as weather conditions can vary a lot within the range itself. Late spring and summer months are the best to hike in the west when there is not as much rain whereas, spring and autumn are ideal months for hiking in the east.

While hiking, there are a number of different accommodation options; ranging from hostels, campsites and rustic huts.

There are also a number of companies offering guided hiking, but it is absolutely up to you on whether or not you would like an experienced guide or if you want to brave the outdoors independently. 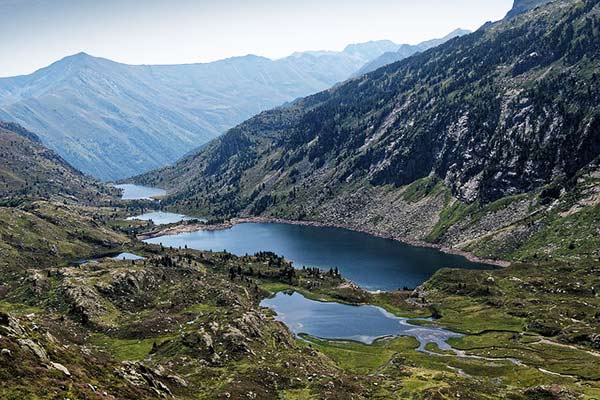 The GR10 is a whopping 866km long, but luckily it is divided into bitesize sections, each taking around 8-15 days to complete. These sections are difficult, and they will require a good level of physical fitness, as you will encounter tiresome and continuous ascents.

Despite the difficulty, this trail is definitely worth it, you will experience breath taking views of valleys and peaks as well as incredible landmarks, such as Cirque de Garvarnie (A UNESCO World Heritage Site). 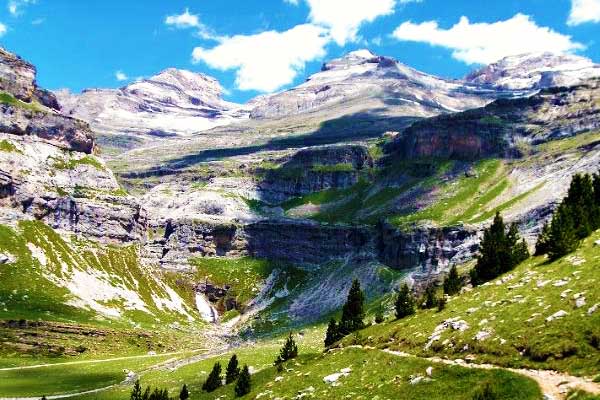 The GR11, similar to the GR10 but on the Spanish side, stretches the entire length of the Spanish Pyrenees and is 840km long. The trail is divided into 46 day-long sections, which can range from 8-31km in length.

The trek takes around 46-60 days to complete depending on your level of fitness and the number of rest days you take.

This trek is a serious challenge where you will encounter rough and steep terrain as you traverse a succession of high passes. 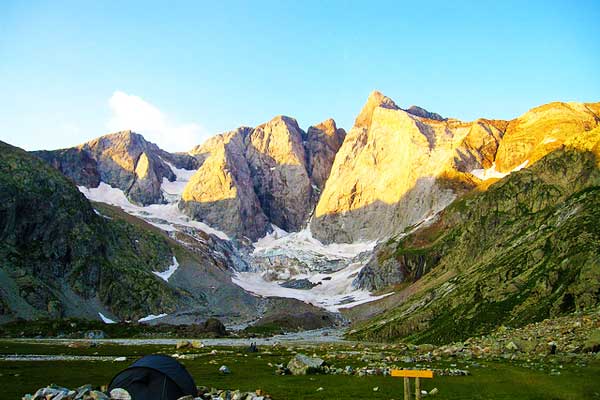 The Pyrenean Haute Route is yet another coast-to-coast trail along the Pyrenees, it is a great option for someone who wants to walk alone.

The route is 800km long and takes around 45-days to complete. There are some challenging sections to be aware of, sparse waymarking, lack of trails and snow can create a problem.

In fact, the Haute Route is considered to be the most difficult trail between the three trails mentioned thus far and it is recommended that it is only tackled by fit, experienced trekkers with good navigation skills. 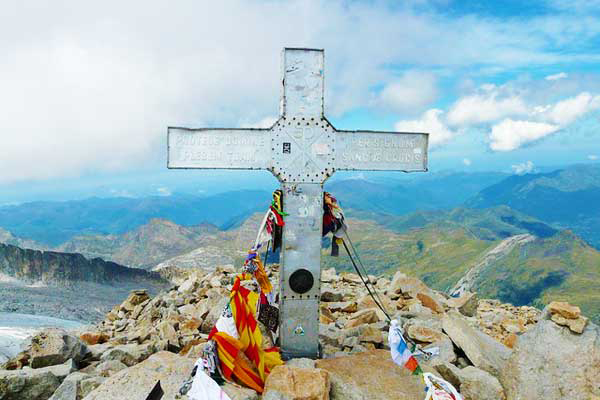 Pico d’Aneto, the highest mountain in the Pyrenees, tempts the conquering spirit of mountaineers all around the world.

Stand at the very top of the Pyrenees Mountains and enjoy the stunning beauty of your surroundings.

As mentioned previously, Pico d’Aneto is also home to Spain’s largest glacier, which may be another reason you would want to tackle this hike up to the summit.

Although not incredibly difficult, there are some dangerous areas, so this hike is not recommended for the casual walker.

If you plan to hike in the Pyrenees, make sure that you are adequately insured for up to 4000m. We recommend World Nomads. Use the calculator below to get a quick quote. 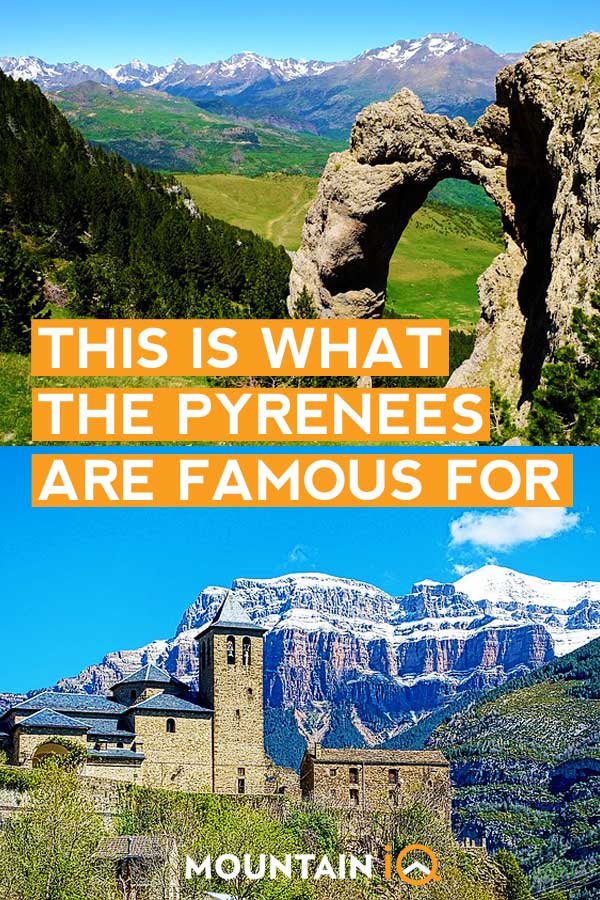