Hike To Hollywood Sign – How To Choose The Best Trail

Possibly one of America’s most iconic landmarks, the hike to the Hollywood sign in LA, California is an adventure you won’t forget in a hurry.

You can’t actually go right up to the sign, as it’s protected by a high tech alarm system, however, the diversity of hikes in the area can allow you to see the iconic landmark from a variety of angles as you walk.

Choosing the best hike is really down to your preference. However, to make things easier we have put together four of these fantastic hikes, with helpful advice on each one.

How To Choose The Best Hike To The Hollywood Sign

1. The Most Challenging – Burbank Peak Trail 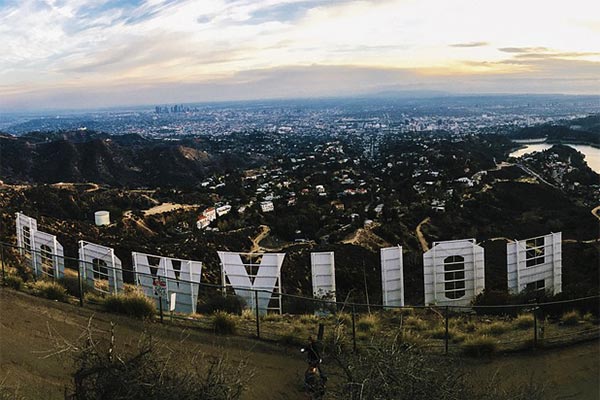 Formally known as the Wonder View Trail, the Burbank Peak Trail is ideal for those looking for a little adventure while on the way to the Hollywood sign. Although the most challenging, the route is also the shortest, being only 3 miles round trip with an 875 foot elevation change.

This hike winds along a single track, providing slightly more adventure than the gravel roads offered by the easier hikes. Additionally, the steep elevation gain makes the hike more challenging.

Adding to the excitement of the hike is the fact that it extends to the ‘Wisdom Tree’, a tree standing over Burbank Peak. As this hike is more difficult it is the least crowded option.

One of the easier hikes to the Hollywood sign is the Hollyridge Trail. Taking roughly 2 hours, the trail covers about 3.5 miles with an elevation gain of about 750 feet.

Currently this trail is closed, but will likely be reopened soon.

Views of the iconic sign come early, about one tenth of a mile in. You will be able to see the sign in its entirety and this is probably the best view of the sign that you will get on the hike.

The hike ends at the summit of Cahuenga Peak, where you will be directly behind the Hollywood ‘H’. You will have a spectacular view of the city below the sign.

3. The Best Views – Griffith Observatory to the Hollywood Sign

If you want to hike between the Griffith park’s two biggest landmarks, this is the route for you. Taking roughly 4 hours, the hike is 8.8 miles round trip, with 575 feet elevation change.

You will cross Mount Hollywood, but if you are looking for an easy option you can bypass the mountain and start the hike at the base of Mount Hollywood Drive.

Picked as the hike with the best views, you will be able to explore and see both the observatory and the iconic sign along your journey.

If you are looking for a hike that is a little longer we recommend the Brush Canyon Trail. The trail is roughly 6.4 miles there and back, with an elevation change of 1050 feet.

The hike is moderately difficult and follows the wide fire roads, with the last little bit of the hike being paved.

Now that you have decided on which route to take to the iconic sign, the last thing you need to do is pack your gear.

The Hollywood hikes are day hikes and aren’t too strenuous, so you won’t need the latest or most hi-tech apparel, but it can never hurt to be well equipped.

Firstly, regardless of the hike that you choose, you should wear a comfortable pair of hiking boots – there’s nothing worse than having sore feet on a hike. It’s a good idea to bring sunglasses, a sun protection hat and make sure to wear plenty sunscreen.

If you are doing one of the longer, more strenuous hikes, it’s worth taking trekking poles or GPS unit along on your journey.

Lastly, it is important to take sufficient water with on your hike, especially if you plan on being out in the sun for a couple of hours. Some people might find using a hydration bladder worthwhile.

The sign was erected in 1923 as part of a real estate advertisement promoting Hollywood. The sign was only meant to last 1.5 years before being removed, but as American cinema began to rise at the same time in Los Angeles, the sign fast became an international symbol of the Golden Age of Hollywood moviemaking and with therefore left as a permanent feature.

How big are the letters of the Hollywood Sign?

Yes. The sign was subject to a lot of vandalism and practical jokes. In 1978, a campaign spearheaded by Hugh Hefner set out to raise funds to replace the deteriorated sign. Nine donors gave $27,777 to sponsor one letter each. The new structure was built using steel letters and supports. The nine donors were: 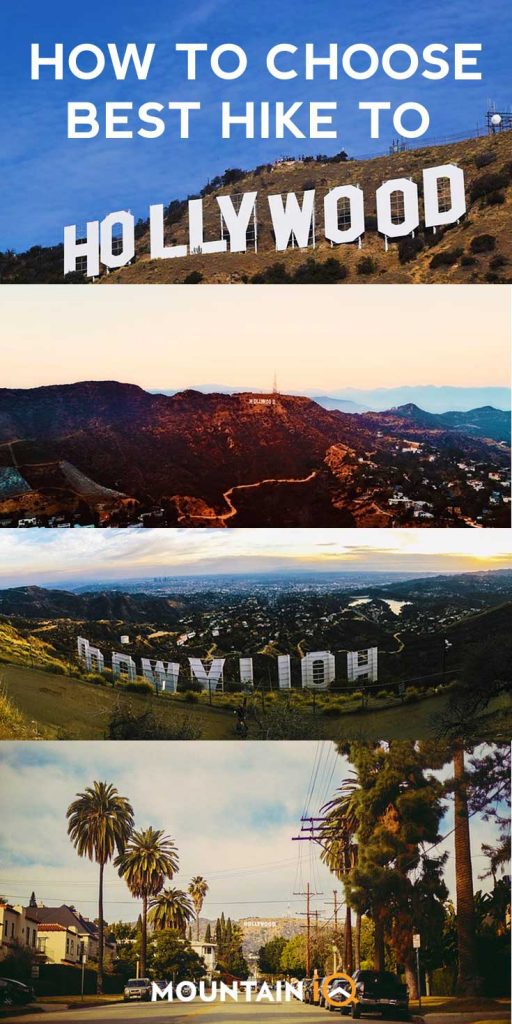