From shorter day treks to gruelling multi-day adventures, there will be something for you on our list of Australia’s best trekking adventures.

We have chosen routes according to several criteria – those which highlight some of Australia’s most iconic scenery, as well as those posing serious physical challenges.

Note that each of these hikes is unique, so trying to compare them and rank them is rather pointless. You can be assured that whichever trail you choose, you are in for a real treat.

Cradle mountain (1,545 m) is located in the Central Highlands of Tasmania, in the Cradle Mountain-Lake St Clair National Park, where it looms over the expansive Dove Lake, Lake Wilks and Crater Lake.

The vegetation in the area is characterised by grassland and ancient rainforest, populated with the endemic King Billy pine and the rare deciduous beech.

This area is also perfect to spot some of Tasmania’s unique wildlife, such as the famed Tasmanian devil, quolls and platypuses as well as several interesting bird species.

The park offers a number of trekking options, including a two-hour walk around Dove Lake, and the more challenging option of tackling the Cradle Mountain summit. Climbing Cradle Mountain is recommended more for experienced hikers, and those who are unaffected by vertigo.

The summit presents spectacular views from Hanson’s Peak to Marion’s Lookout but expect some scrambling up several precipitous rocky outcrops.

As you approach the summit of the mountain, the well-defined trail becomes more and more precarious, so take your time on this section. Once you have taken in the vistas from atop the peak, descend via the same route.

This and some other hikes below are featured in our 51 Best Hikes in The World List.

The Valley of Echoes (or the Albert River Track) walk in O’Reilly’s forms part of over 320 km of walking tracks, which weave their way through the rainforest to breath-taking viewpoints, waterfalls and other impressive landmarks.

Depending on how much time you have to spend in the wilderness, there are route options ranging from an 800-metre treetop stroll along a suspended walkway, a 5 km walk to the other-worldly Morans Falls, or multiple full-day excursions such as the walk along the Valley of Echoes.

If you find yourself looking for a day’s hiking near the Gold Coast, you are sure to find the route perfect on the O’Reilly’s official website.

The Valley of Echoes walk follows the Albert River Track, which starts along the Main Border Track for about 5 km, and then branches off at a fork. From here, the track descends to the point where Lightning Falls drop into Black Canyon, following along the Albert River.

The surrounding rainforest is characterised by Antarctic Beech, lightly coloured Coachwood, and a huge variety of fern life.

Eventually, the rainforest thins out and the path starts following the edge of the Valley of Echoes, across which you will be able to see Mount Wapawn, Mount Durigan and parts of the ancient, volcanic crater of Mount Warning.

The trail ultimately re-joins the Border Track and returns to Queensland. 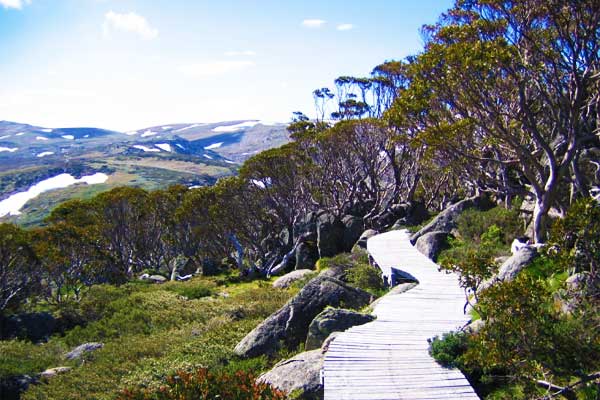 At 2,228 m above sea level, Mount Kosciuszko in Australian Alps is the highest peak in Australia, and the extended route to its summit is a popular summer track for trekkers and mountain bikers, although the latter are required to hop off their bicycles for the final 1.4 km.

The walk starts at the Kosciuszko Express Chairlift and follows an old gravel road, through the sprawling landscape comprised of bleak granite outcrops, rolling mountains and hills and occasional weathered snow gums.

If you time your excursion for late spring, can also look forward to a beautiful assortment of wild flowers, including silver snow daisies, marsh marigolds, buttercups and mountain roses.

After walking for a while, you will reach the Snowy River, where you can find a spot for a scenic picnic before crossing the river. You will then continue on past the 90-year-old Seaman’s Hut and on to Rawson’s Pass.

The final push up to Mount Kosciuszko’s summit is relatively easy – if you are looking for a more strenuous excursion consider combing this walk with the longer Main Range walk. Otherwise, return home via the same route.

The Uluru Base Walk

Uluru, also known as Ayers Rock, is the massive sandstone monolith that protrudes from the surrounding grasslands. Standing at 348 m tall, with a circumference of almost 10 km, Uluru is one of Australia’s most recognisable landmarks.

The local Anangu people have imbued the site with tremendous spiritual significance, which is understandable even for foreigners given the rocks’ remarkable tendency to glow a majestic, otherworldly red at dawn and sunset.

For this reason, it is considered culturally insensitive for visitors to climb the rock formation and even though there is a well-worn trail with a chain for assistance leading to its summit, we advise against attempting it.

Instead, there are many walks around the base of the rock, but the most immersive and thorough way to soak in this natural wonder is by circumnavigating the entire rock.

See Ayers Rock from all angles and learn some interesting details from the local people themselves about what makes this such an iconic feature of the outback. 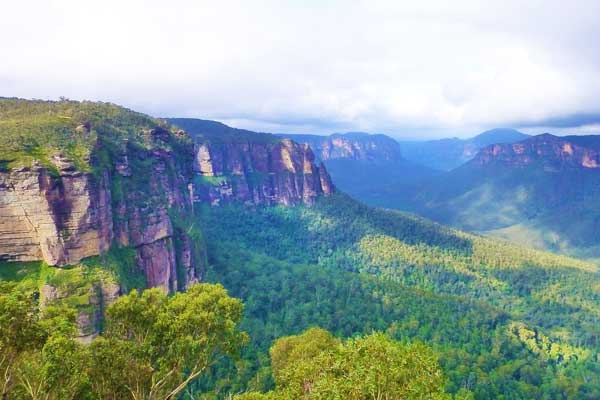 The National Pass is a carefully built into the ridge of a cliff and offers unbeatable views of the many of the iconic features of the World-Heritage site of the Blue Mountains.

These enchanting mountains were inhabited for millennia by the Gundungurra aboriginal people, before Europeans joined them in the 1700s which adds a fascinating historical dimension to visiting the site.

The mountains were so named because of the blue haze which is refracted when oily droplets from evaporated eucalyptus leaves mix with dust particles and water vapour in the surrounding air.

Make your way down the 100-year-old Grand Stairway and into the Valley of Waters, which is full of more gorgeous falls.

Climb out the Valley and stop for a warm cup of tea at the Conversation Hut before heading back. 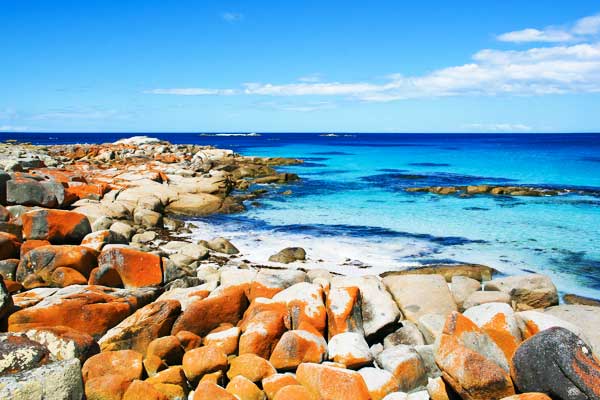 Hiking the Bay of Fires hike allows you to enjoy the fabulous beaches along the north-east coast of Tasmania, to explore hidden coves, bays and sheltered lagoons, and even – if you want to – to kayak in Anson’s River.

The most famous walking option which allows visitors to experience this Eden is the Bay of Fires Lodge walk, which is named after the only eco-friendly hotel in the area.

The walk is arranged by the lodge such that the beach camping and final stay in the base camp, make for the perfect luxury-adventure combination.

Your experience of the endemic wildlife, and the natural vegetation will be immersive and relaxing combined with a touch of glamour.

The Arthur Range Traverse is spectacular and challenging, and is often overlooked in favour of the soberer Overland Track.

While the latter is well-maintained and manageable, many skilled hikers love the Arthur Range Traverse because of the more rugged, wild and harsh experience.

The mountains are a dramatic series of serrated quartzite peaks separated by gaping valleys and glacial lakes, some of the best in Australia.

The route follows a convoluted path from one end of the range to the other, and requires hikers to ascend and descend steep gullies which makes the experience feel as much like a climb than a walk. Do not expect any safety aids in this far-flung wilderness.

Because of the challenging terrain and the extreme weather conditions, this hike is one of Tasmania’s most dangerous and is really only suitable for experienced hikers.

Note that the time it takes to make the traverse is highly dependent on the weather conditions, and snow, heavy rain and strong winds are possible throughout the year.

Generally, though, the hiking season is from December to March, or during summer in the southern hemisphere.

The Larapinta Trail follows the West MacDonnell Ranges and is arguably Australia’s most spectacular trekking experience.

The hike will test your limits, both physical and mental, but it will also immerse you in some of the country’s most breath-taking landscape and provide a very tangible opportunity to learn about the culture of the local Arrente people.

These biomes are each typified by a suite of their own unique wildflowers and animals, from the Sturt’s Desert Rose to the Sturt’s Desert Pea, as well as the perentie (a massive monitor lizard), Thorny Devil Lizards and occasionally even a couple of dingoes.

Note that if you’re planning your hike, make sure to go during the Australian winter, as the summer days can become dangerously scorching.

The Great Ocean Walk is a trail which follows Victoria’s south-west coastline and passes several areas with great cultural and historical importance as it meanders along the high cliff ridges and sandy beaches.

The region has had ceremonial significance and was used as a site for important feasts for the traditional Aboriginal landowners for thousands of years.

We recommend you learn about this detailed history and more via the mobile app as you make the trek.

Along the trail there are eco-friendly campsites, kitted out with sleeping and toilet facilities, camp benches and in most cases a shelter.

The landscape of the walk is legendary, and changes dramatically from coastal forests to heathlands and harsh, rocky shores. If the scenery alone isn’t enough to tempt you, consider the fascinating wildlife that you are likely to encounter.

Species such as koala, echidna, wallaby, kangaroo and fairy penguins all inhabit the coastline you will be traversing.

The Freycinet Experience Walk is a luxurious immersion into paradise. Set along the idyllic Freycinet Peninsula, the hike passes the pink-tinged, granite Hazard Mountains, verdant coastal forests and snow-white beaches lining the water of aquamarine.

Your intimate group will be led by a knowledgeable tour guide and you’ll be able to access regions of the park that few people have ever seen.

A range of abilities are catered for, and you can choose whether you would prefer to take the full 37 km trek including mountain climbs, or whether you’d rather stick along the gentle, leisurely coastline.

Guests also only need to carry a small daypack with lunch for the day – while your full backpack will be transported for you to your accommodation for the night.

Each evening, you will be welcomed with a gourmet meal and glass of fine local wine to one of the Friendly Beaches Lodges, which bring world-class service and décor into the most remote of regions. 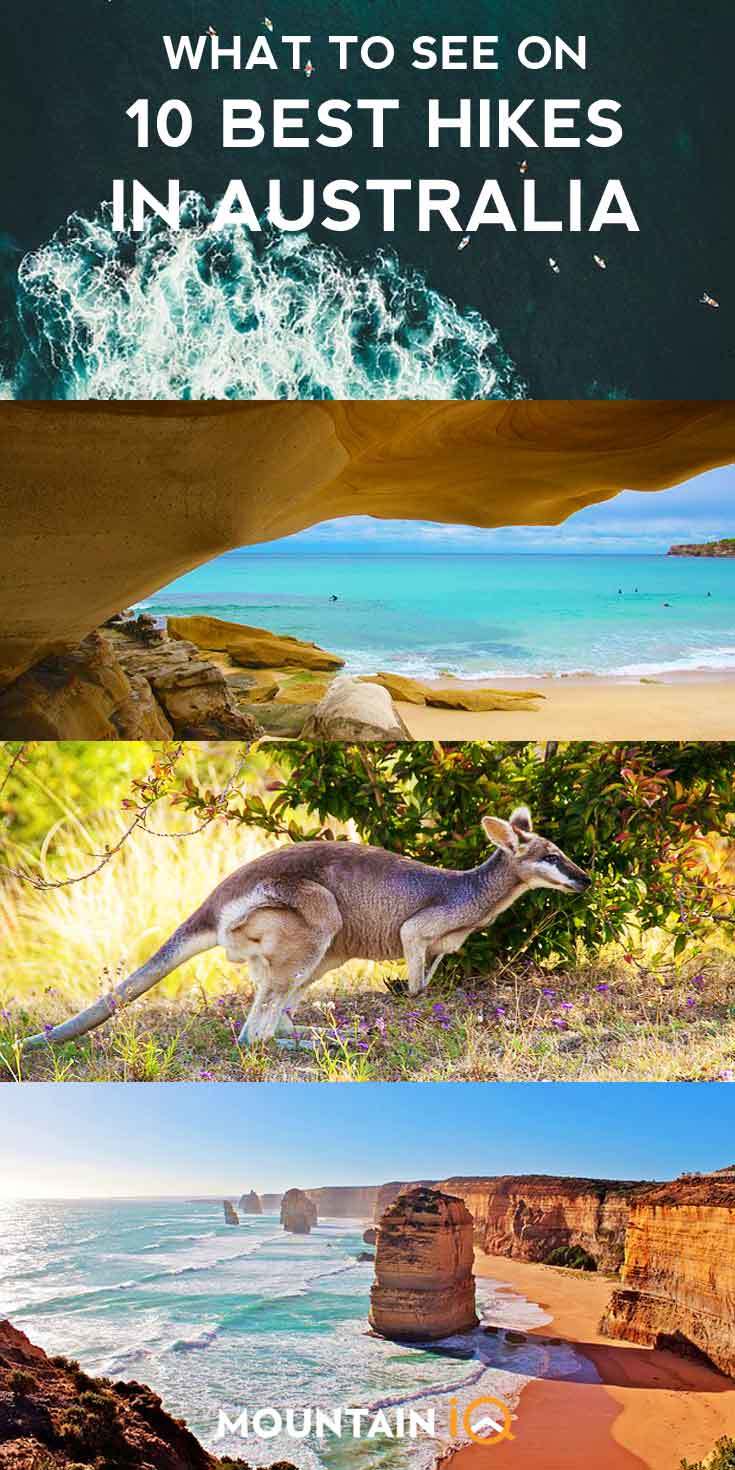