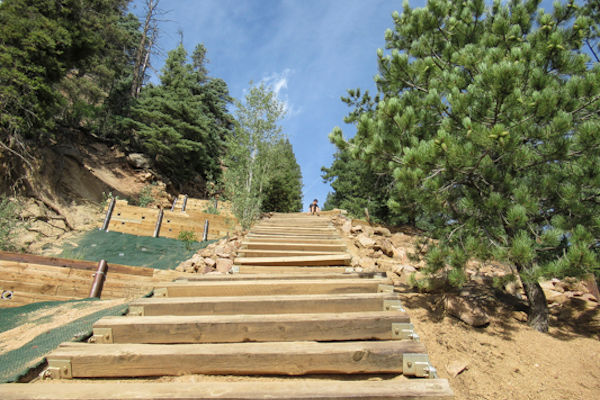 Plan an hour+ to reach the top, though you may be able to complete this workout more quickly.

The return is on the Barr Trail (the trail to the summit of Pikes Peak); note that the Incline is up-only. This section of the Barr Trail winds gradually back to the parking area for the Incline, over ~2.75 miles (4.4K).

Below is a complete guide to hiking the Manitou Incline.

Please note: this hike is not great for those with a fear of heights or who are not in the mood to work hard.

During the summer, this "trail" is very popular, and also very hot. It is east-facing and without shade; hikers are exposed to direct sunlight during the morning hours and for much of the afternoon. Due to the afternoon heat (and parking situation), start early and carry more water than you would normally bring for a hike of this length. 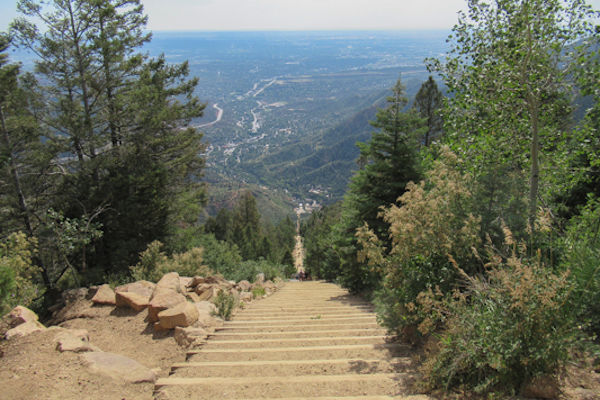 Okay, I'm just going to say it. The Manitou Incline is a nice little 3.6 mile loop, though a bit overrated. The novelty of climbing a mountain of stairs soon gives way to monotony. The popularity of this “hike” is attributable to its close proximity to Colorado Springs and the hyper-competitive outdoor sports culture of this city.

After the information and warning signs, the stairs begin climbing gradually, so you'll be able to set off at a comfortable pace.

This doesn't last for long, though, as the steps soon become progressively steeper - as you look ahead, it appears they go straight up the mountain! You may marvel at the engineering work needed to create this stairway.

Approximately halfway up (1,800 feet, 549 m) is a bailout, where you can turn left and escape back down the Barr Trail to the parking area.

Past this point is the steepest section of the trail. Many people climb this part on all fours, though it's unnecessary.

At the top, you'll head to the left and take the Barr Trail, a beautiful, gentle, switch-backing path leading you to the parking area.

Metered street parking is available a short walk from the trailhead. Arriving before 9 a.m., or earlier on weekends, will give you a great chance of finding an open parking space. Another option is a free shuttle from the village of Manitou Springs that runs every 20 minutes.

After reading information about the stairs and the numerous, intense warnings, my family and I began the climb. My daughter soon took off in the lead, with the rest of us trailing.

The easy start soon gives way to moderate steepness, at which point my climb began to feel tedious, though not boring. My husband was racing ahead, as we wanted our daughter to have some water, and my son and I kept each other company.

It was hot, the sun beating down on us, and there were lots of other people climbing - many resting along the side, in patches of shade, partners encouraging each other and waiting for each other.

My son and I overheard one woman tell her friend that her boyfriend did the climb in 38 minutes - and would likely be up, back down, and then catch up with them on the way up again.

If you’re interested in solitude on your hike, don’t do this climb. You’re either passing or being passed by others nearly the whole way.

Finally, I arrived at the top, approximately an hour after I began climbing.

Enjoying the view from the top of the Incline was a lovely break before heading over to the Barr Trail. There are signs at the start of this trail warning not to run down, because of an increased likelihood for injury due to fatigue from climbing the stairs.

Despite this warning, we did mostly run down this trail; it’s a great trail to run: a consistent downward grade, with few obstacles, and gentle switchbacks. The way down was infinitely more joyful than the way up. Not only the fun run, but there were several opportunities to stop and admire the view of Pikes Peak and the steep valley from which the Barr Trail ascends to that famed Fourteener. 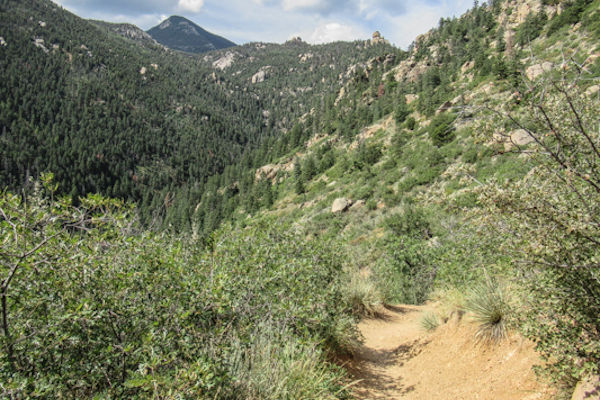 June to September is the best time to hike the Incline, though snow may fly at either end of this summer season.

There are no permits or fees required to hike the Manitou Incline, though there may be a parking fee, depending where you park.

The Incline is nearly a mile of stairs, increasing in steepness as you climb. It's strenuous, but if you're fit, it's not a problem. The Barr Trail, the path down, is gentle and easy.

What Gear Will I Need?

Is the Trail Suitable for Families?

Yes! But, young children will quickly grow bored and/or tired of ascending the stairs, so be prepared. You'll need to carry enough water for them, and probably snacks.

Are There Places to Refill Water Supply?

No, but it's short enough that you won't need to.

Are Dogs Allowed on the Trail?

No, dogs are not allowed on the Incline.

Other popular attractions in Colorado Springs include the Garden of the Gods and the United States Air Force Academy.

The Garden of the Gods features beautiful natural rock sculptures. However, it can be extremely crowded - and outer areas of this hiking preserve are littered with horse droppings. You may also need to yield to large groups of horse riders when approaching the main rock structures from the south. A crowded park road also detracts from the natural wonders. It's best to arrive early, when crowds - and horses - will be minimal or nonexistent. 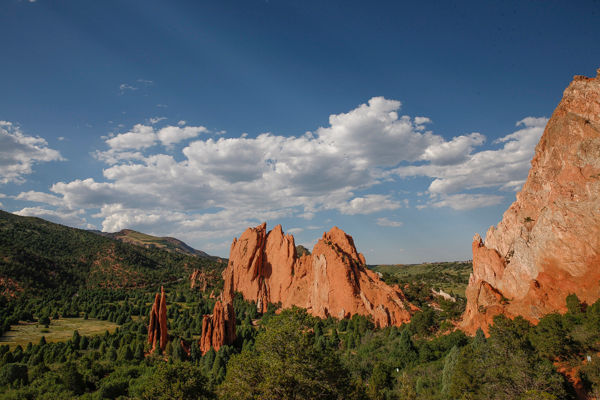 The United States Air Force Academy is definitely worth a visit! This is the only Air Force Academy in the country. It's situated near the mountains, and the campus is quite lovely. The Visitor Center has an informative, interesting movie, as well as a museum area and gift shop. Tours of the Chapel, renowned for its architecture and acoustics, are available, but you're also welcome to visit on your own. If you're lucky, you'll see the students training - we watched, from above, a small group learning to work with swords! 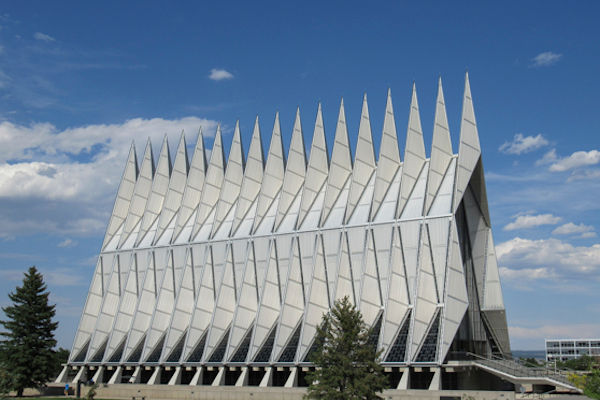 For a delicious dinner near the Manitou Incline and Garden of the Gods, Uchenna offers authentic Ethiopian cuisine. 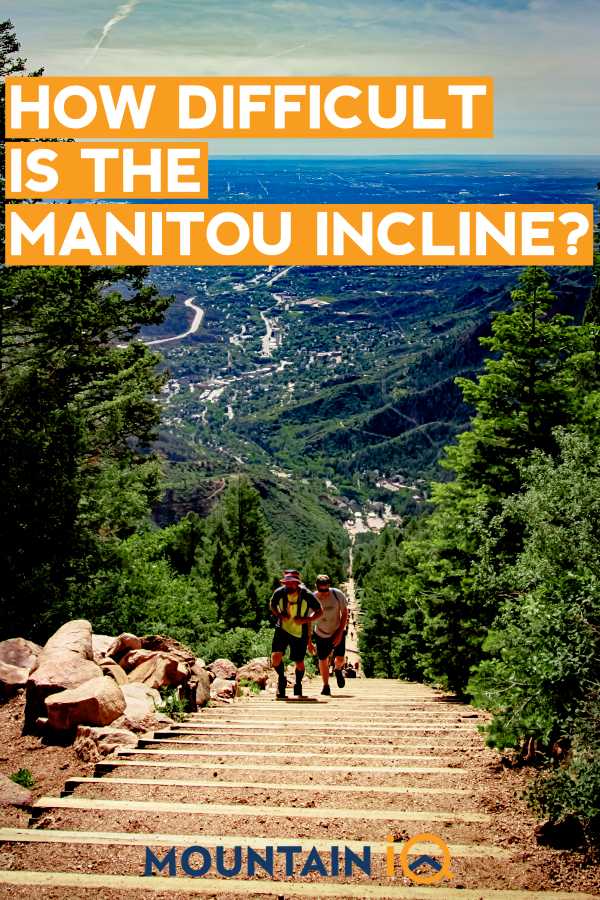 About the Author Alyson Brener

Alyson is an avid explorer, who travels to envelop herself in natural, away-from-typical itineraries (or by visiting amazing/popular places at unpopular times) to experience what makes a place genuine, unique, and awe inspiring. She loves to learn about and embrace unfamiliar cultures, especially if there are mountains to scale. She believes that new places are best explored by foot, so as not to miss the details, and certainly no faster than a bicycle can propel her. The journey is more gratifying than the destination - and she's been to some amazing destinations! When she's nudging herself outside her comfort zone, she knows the experience will be memorable, if not life altering. "Get comfortable being uncomfortable," is her advice to anyone interested in making traveling more than just a vacation.

Hiking In Croatia – Expert Guide To The Top 7 Trails