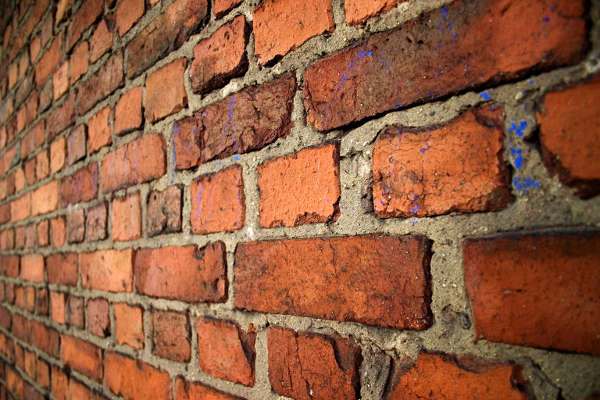 Construction comprises 10 or 11 percent of the GDP of Nepal and consumes about 35 percent of the national budget. It employs around a million people in a country of 28 million, making it the second-largest user of labour after the agricultural industry.

Now, the brick industry is booming because, as the president of the Federation of Nepal Brick Industries, Mahendra Chitrakar, puts it, “Each and every man wants to come to Kathmandu and build a house here.”

Cheap bricks are in high demand for use in building, all-too-often with scant consideration for the impact on the people who create them. Because the job is seasonal and demanding, workers often hail from poor or otherwise marginalised communities where there is little prospect of alternative employment.

Brick kiln owners ensure a constant stream of cheap labour by means of loans that would allow workers to subsist during the monsoon season, when brick factories are closed, in return for working at kilns for months or even years.

Introduced by labour contractors known as naikes who travel to their villages, workers are offered an advance, which must be repaid by working during the brickmaking season of November to May. A survey of workers by Anti-Slavery International in 2009 found that 70 percent were subject to this condition.

The workers are paid so little that many are unable to pay back their debt in the course of one season, so they must take out another advance. Workers who wish to quit are threatened with higher rent prices or interest on their loans. Payment is at the end of the season, and workers who leave before that time risk losing their pay.

It is estimated that as many as 28,000 children work in Nepalese brick kilns, half of them under 14.

Chitrakar denies there is a problem: “I don’t think there is bonded labour. I’ve never found any.” Bloodbricks is a coalition of local and international NGOs and unions that campaigns again the abuse of labour in the brick industry.

Its campaigns manager, Andrew Brady, grieved that workers can be ignored because they originate in communities that can be safely ignored by politicians.

Change may be in the offing. Increasingly, larger factories produce bricks with heavy machinery and workers are paid a monthly salary, which is reduced during the monsoon season, when brick factories are closed. While the resultant bricks cost slightly more, there’s less abuse of labour.

The Brick Clean Group, part of the Global Fairness Initiative (GFI) that promotes equity and sustainability in economic development, is attempting to persuade brick factory owners to improve working conditions.

It’s encouraging factories to sign up to minimum standards for working conditions that include provision of toilets and potable water, a minimum wage and an end to child and bonded labour.

Homraj Acharya, GFI’s Nepalese director, argues that businesses which attempt to improve their working practices ought to be supported by the government. “It’s all about rewarding responsibility,” he insisted. This would, he affirmed, be easy – “It’s about having the will to do it.”