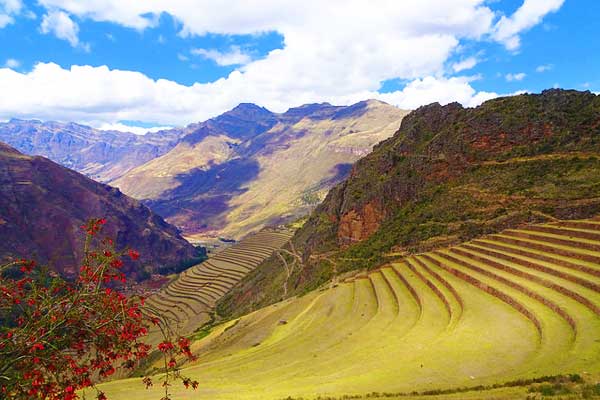 Planning a visit to Machu Picchu in South America and want to do things a little unconventionally?

The Choquequirao Trek in the Peruvian Andes is ideal as an alternative to the crowded Incan Trail, it is quiet, culturally interesting, physically challenging and scenically awesome and you can include a trip to the famous Machu Picchu, or skip this visit if you have already been there.

Choquequirao (3,050m) is another Incan site, architecturally similar to Machu Picchu, that was built towards the end of the 15th and into the 16th centuries. It spans an area of 1800 hectares and consists of layered terraces surrounding a truncated hilltop.

The hilltop is a 30m by 50m platform which was levelled during construction. The ruin had two major growth stages, which could be explained by the fact that it was founded by Pachacuti and then later remodelled and expanded by his son, Tupac Inca Yupanqui, when he became Sapa Inca.

Choquequirao is located overlooking the Apurimac River Canyon and can be reached by hiking for 2-3 days from Huanipaca or Yanama, the most popular starting point Cachora.

The ruin started undergoing restoration in the 70s and currently plans are underway for the construction a cable car to carry tourists to the Citadel, with ~$75 million earmarked by the Apurímac Regional Government.

Although this new development is sure to attract many more tourists, today this destination is generally hidden from crowds and offers a more secluded, off-the-beaten track experience for daring hikers.

The Choquequirao hike to Machu Picchu can take between 5 and 10 days and there are a variety of routes that can be chosen according to your personal requirements.

Below is a typical 9-day itinerary, but there are many alternatives available which will be summarised briefly.

Although there will be a section below summarising some of the main points to recognise and avoid altitude sickness, it should be pointed out up front that it is important to spend at least 2 days in Cusco getting used the thinner air.

Most companies will include these days as part of your organised tour, but remember that Cusco is at an altitude of 3,400m so you will likely experience some symptoms upon arrival.

First off, there is a ~4 hour drive from Cusco to Cachora (2,900m) and on the way you might stop at Sayhuite where you will find a historical boulder which was intricately carved by the Incas.

At Cachora you will meet your support team, and have lunch and then begin your trek.

This generally involves a trudge through the Apurimac Valley (2,915m), followed by a steep descent to your campsite at Chiquisca (1835m).

In total, this requires about 5 hours of hiking.

Rising early in the morning, you will continue your descent towards the Apurimac River.

You will cross the river and then climb towards a small campsite called Santa Rosa for a brief rest.

The hike upwards continues towards Marampata (2,913m) for lunch and then onwards to a campsite below Choquequirao (2,950m) where you will find bathrooms and cold-water showers.

In total, the day requires around 8 hours of hiking and can be relatively tough.

Day 3 involves a full day of exploring the ruins.

Usually, your tour operator will show you around the Citadel, but we recommend that you make time to see the ceremonial centre, the main platform and the lower plaza.

If you keep your eyes peeled towards dusk, you might even spot condors.

After a lovely day exploring the Incan ruins, Day 4 starts gently as you walk over a 3,300m pass and then on into the Rio Bianco Valley (1,910m).

Here you will find a lovely river that you can splash in before starting a challenging afternoon hike up to Maizal (3,000m).

In total, you will spend about 6 hours hiking.

Day 5 is spent traversing the Victoria Pass (4,200m) on original paved Inca trails, finishing down in Yanama (3,800m), a small village where you will sleep for the night.

Overall, about 7 hours will be spent trekking.

Today you will reach the highest point of the trek, at the top of Yanama Pass (4,668m).

After reaching this peak, you will descend down into another small village, Totora (4,100m), the campsite with the highest altitude on the trek.

Day 6 takes about 7 hours of hiking.

You will spend Day 7 on a long, meandering decent towards the Totora River, and we suggest bringing hiking poles to minimise the impact on your knees for this section of the trek.

You will finish your day at a campsite in the village La Playa (2,400m) after about 7 hours of hiking.

Many tour operators organise local transport from La Playa to Lucma (a route which can otherwise be hiked), and then you will hike for 3 hours to Llactapata, a more recently discovered Incan ruin.

The trail then continues to the Hidroelectric Station to catch a train to Aguas Calientes, where you will spend the night in a hotel.

The day consists of about 7 hours hiking and 1 hour in the train.

Day 9: Aguas Calientes to Machu Picchu and then to Cusco

To avoid crowds and to catch a stunning sunrise, you will likely arrive in Machu Picchu early in the morning. Here you will be treated to a tour of the Citadel from your operator.

If you haven’t had enough hiking you can squeeze in a climb of Huayna Picchu, but remember to prebook a permit.

Typically, you will meet up with your tour group in mid-afternoon in Aguas Calientes to train back to Cusco and to end off your Machu Picchu adventure.

Have a look at a great video by Drink Tea & Travel who took a path less traveled and embarked on a trek that took them to Choquequirao, a lesser know, but an equally impressive set of ancient Inca ruins hidden deep in the Apurimac Valley.

If the typical itinerary detailed above is not what you’re looking for, here are some of the other popular routes.

If you have already visited the impressive Machu Picchu, you might want to skip it in favour of more time spent in Choquequirao. This route takes 3 to 5 days.

This route also skips out on Machu Picchu, and is more suited for people eager for a more quiet and tough expedition.

The trek can either start in the north from Huancacalle or the south from Cachora and passes several significant Incan ruins as well as incredible scenery.

Few tour companies offer this trek so you will not be bumping into many people on the way. In total, the route requires 7 or 8 days.

This option runs from north to south, followed by a detour by private transport to reach Aguas Calientes to reach Machu Picchu.

This is one of the longest and most varied routes available in the region and takes between 14 and 15 days altogether.

When is the Best Time to Trek Choquequirao?

The weather in the sub-tropical region of Choquequirao can be characterised by a wet and a dry season.

The wet season generally lasts from late November through until late April, and the dry months are between May and late September.

Because the Choquequirao routes are generally sparsely populated and you don’t have to worry about busy trails, we recommend booking your trip for some time during the dry season.

Remember though that the Machu Picchu site itself will be very crowded during this time so buy permits and arrive early in the morning.

The shoulder months of April and October/November are, however, also pleasant to hike if you are keen to avoid the Machu Picchu throngs. Avoid trekking in the wet season.

The temperature in Choquequirao remains relatively constant throughout the year, reaching average daytime highs of around 21°C and average lows of about 5°C. The temperature is known to frequently drop below freezing, however, so it is important to bring warm enough gear in case of a particularly cold spell.

See our Machu Picchu packing list to make sure you are prepared for whatever weather should come your way.

Finally, although the temperatures are moderate, don’t underestimate the sun intensity which is known to be very high.

How Difficult is Choquequirao?

The Choquequirao trek is considered one of the toughest treks to Machu Picchu, mainly because of the steep descent to the Apurimac Canyon and the subsequent climb, which occurs on Day 2 set out in the typical itinerary above.

It can also be much longer than the Inca trail which tests your endurance.

However, many remark that the toughness of the Choquequirao trek is offset by its remarkable natural beauty.

Is Altitude Sickness a Risk on Choquequirao?

As mentioned above, one of the main concerns that you will encounter on your hike is altitude sickness, the effects of which can range from mild (nausea, fatigue and headaches) to fatal.

It is therefore important that you read up on how to identify and treat the symptoms of altitude sickness before embarking on your Peruvian adventure.

Here are a few things that you should remember:

Firstly, the extent to which people feel the effects of high altitude is not correlated with their age, fitness level or gender, so it is essential that everyone is properly acclimatises before the hike and takes the walking at a reasonable pace.

It is also important that you stay hydrated and that you avoid alcohol and drugs of any kind (even sleeping pills can push you over the edge into an unbearable headache).

If you feel anxious about the possibility of altitude sickness, consult a doctor who can supply you with tablets to ease the symptoms.

What Gear Do I need for Choquequirao? (Packing List)

The packing list for Choquequirao is very similar to that of the Incan trail, except that for the Choquequirao trek to Machu Picchu or most  you will require a few more pairs of socks, one or two extra shirts and an extra pair of trekking trousers.

What Travel Insurance Do I Need for the Trek?

If you plan to hike any of the Machu Picchu trails, make sure that you are adequately insured for up to 4,000m. We recommend World Nomads. Use the calculator below to get a quick quote.

How to Train For The Choquequiro Trek? 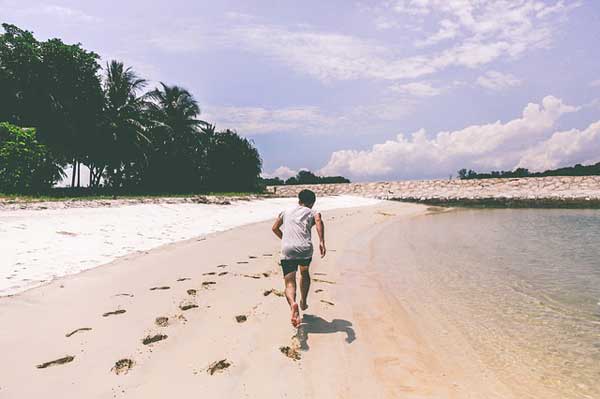 The Choquequirao hike is one of the most challenging of the Machu Picchu options, so if you do not already consider yourself relatively able and have some experience hiking, we recommend one of the less intense options.

Nevertheless, the best way for you to prepare for you hike to Machu Picchu is for you to go on several day-hikes in your home country to harden your leg muscles and break in your hiking boots.

In addition to this, you will need to be relatively aerobically fit, so swimming, running and cycling at the gym will help hugely.

Improving your leg strength by squats and lunges will also ease the effort of summiting some of the taller passes. 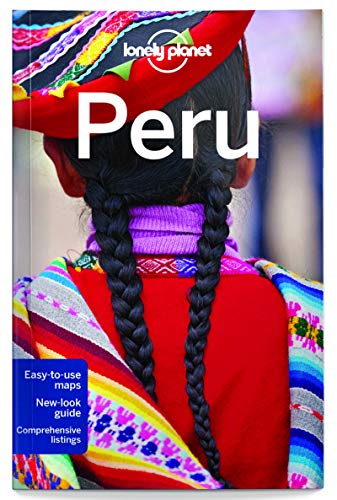 Peru Travel Guide by Lonely Planet is one of the most detailed, yet easy to digest guide to the Peruvian Andes and has most of the treks and routes in it. 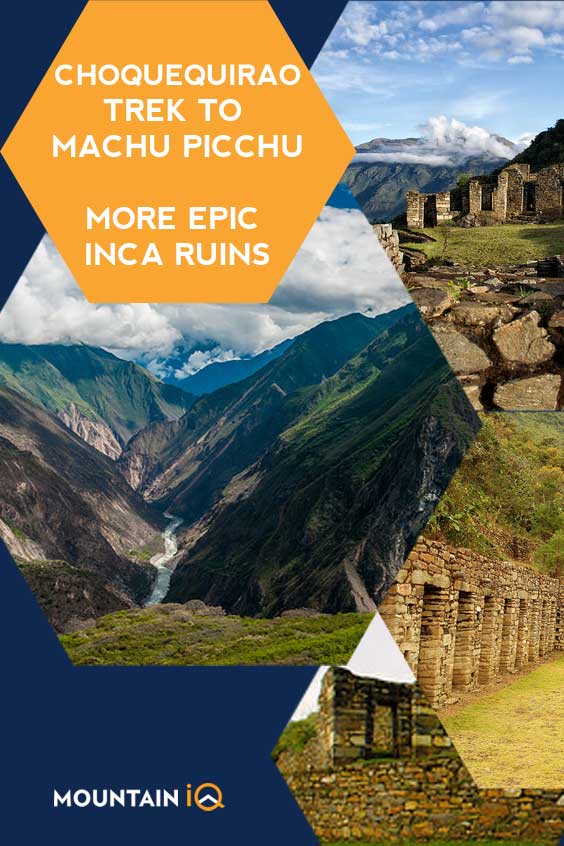