If you’re planning on taking on the massive feat that is climbing Mount Kilimanjaro then there’s a lot of important information you need to know about it beforehand.

While you can climb Kilimanjaro all year round, certain months are recommended over others as they are drier and will have better weather conditions.

However, even during the dry months you should expect a little rain as well. The hike is challenging enough without having to trek through wet and stormy conditions so keep reading our monthly guide to find out when the best time to climb Kilimanjaro is.

There are only two hiking seasons on Kilimanjaro:

But what time is the best?

January-March and June-October are the best times of the year to hike up Kilimanjaro.

But let’ have a look at advantages and disadvantages of each time of the year to help you pick the time that works best for you. 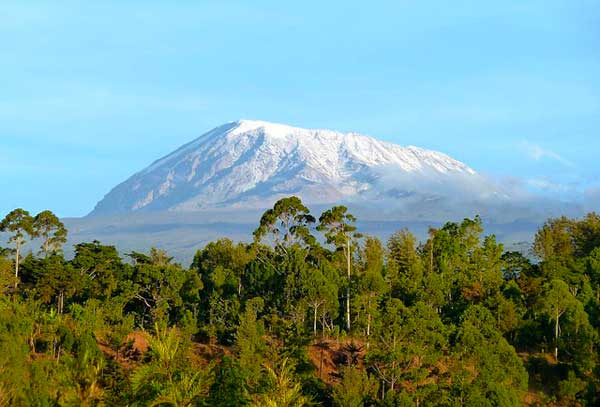 January through to mid-March are great months to climb Kilimanjaro as they are slightly quieter and warmer than the other dry season.

This is a great time for beginners to attempt the climb as the conditions are more pleasant. The lower reaches of the mountain are usually a bit cloudy so you may experience some light rain, but once you get to higher altitude the skies will be crystal clear and blue.

If you hike during these months you’ll probably also find more snow on the higher slopes.

This is a wonderful time to climb Kilimanjaro as the paths are quieter and you can enjoy the peaceful solitude of the mountain.

March can be an excellent time to climb the mountain as it is just before the rainy season so it gets a bit quieter, yet the skies are still beautiful and mostly clear.

April to May (Wet Season) 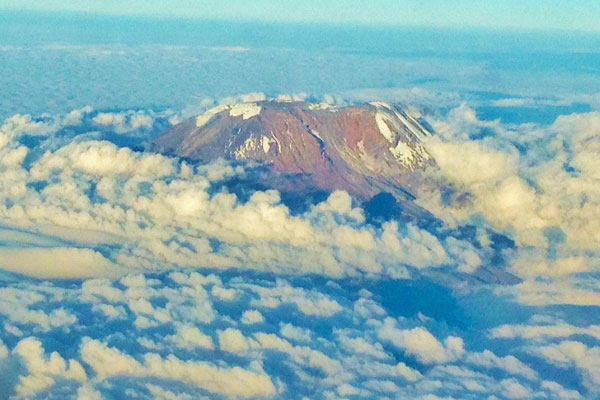 April to May is the wettest time of the year on Mount Kilimanjaro and isn’t a recommended time to climb.

Many climb operators and tour companies shut down their tours during the rainy seasons as they aren’t very pleasant to hike in and are much more challenging to successfully complete.

Short, heavy rainstorms happen fairly frequently during these months, but if you don’t mind the wet conditions then you can enjoy a very solitary hike at this time of year.

However, keep in mind that the visibility won’t be as good during these months as it’s more cloudy.

The months from June through to October are the most popular months for the Kilimanjaro climb.

This is a great time to go if you want to meet and get to know fellow traveller’s and hikers. It can be very helpful to have companionship along the trek to help keep your spirits high.

September is the busiest month of the year, but even if there are lots of groups journeying up the mountain, the routes are very long and you can still find yourself some peaceful solitude in the gaps between groups.

If you are looking for a quieter climbing experience then October is the perfect time to do the trek as it’s right before the rainy season so most people tend to avoid it even though the weather is still lovely.

November through to December is a shorter and milder wet season, and while there may be frequent little bursts of rain, they aren’t usually enough to hinder your progress and can actually be quite refreshing.

Despite rainy, wet conditions, your chance of reaching the summit is still very good as long as you prepare yourself well for the conditions. The views just might not be as good as during the dry season because of the cloudy weather conditions.

Quite a few Kilimanjaro climb operators offer Full Moon climbs which plan the trek so that it’s full moon on summit night.

The trek on summit night is usually the most difficult part of the whole climb and doing it under the light of a full moon can really help as it greatly improves the visibility.

Having a full moon light up the sky also seems to make the whole experience more magical and special. Hiking to the summit on a full moon night is very popular so it can get a bit crowded.

If you still want the experience of summiting with the light of the moon, then you could always plan your summit a day or two before the actual full moon since it’ll still give the same effect.

While Full Moon climbs are quite popular, few people choose to do a New Moon climb. A few climb operators offer a new moon climb which could be just as special as a full moon climb.

While you won’t have the same visibility of a full moon, the lack of light from a new moon sky results in the stars shining brighter than you’ve probably ever seen!

Climb the summit on a new moon and see the spectacular night’s sky at its best as millions of stars twinkle in the dark.