Looking for the best hikes that the Bryce Canyon has to offer?

Close to the Grand Canyon and Zion National Park, the Bryce Canyon is an area you simply cannot miss. With its towering hoodoos, and awe-inspiring rock formations, exploring the canyon should definitely be on your hiking bucket list.

We've put together this list of our top 5 Bryce Canyon hikes so that you can make the best out of your visit.

See Best hikes in America for a complete list of hiking trails in the USA.

Due to its high elevation, winter can bring quite heavy snowfall - which is strange considering it’s in a desert! Covering a vertical distance of over 2 000 feet, there is definitely no shortage of awe-inspiring sights and spectacular hiking.

Hoodoo formations are large, irregular columns of rock and the largest concentration on Earth are found in the Bryce Canyon.

Unlike other canyons, Bryce Canyon is not formed by flowing water, but rather is formed by frost wedging - this is due to constant freezing and melting of water, as the temperature drops below freezing most nights of the year.

The most visited area of the park is the Bryce Canyon Amphitheater, as it contains many of the famous structures in the park.

There are four main viewpoints, namely Sunrise, Sunset, Inspiration and Bryce, where one can view the canyon.

Surprisingly, although being very close to Zion National Park, Bryce Canyon is very different in climate, topography and geology.

Due to the diversity of habitat, many species of animals and birds call the alpine environment home.

The canyon and plateau are home to many different species of animals, from Pronghorn deer to Black Bear to the small Golden-mantled Ground Squirrel, the canyon will be a delight to any wildlife or bird enthusiast.

With its breath-taking rock formations and canyons, Bryce really is worth exploring. With 80 km of trails, hikes vary from difficult to easy, so no matter you preference Bryce has something to offer you.

It is a good idea to consult a tour operator or spend some time researching which hikes will be best for you, as there are such a wide variety of Bryce Canyon hikes to choose from with varying levels of difficulty.

A few things to note is that all trails below the rim involve steep descents and climbs, and in winter it may be a good idea to use ski poles for extra grip.

Be aware that lightning is a danger all year around, especially in the summer months.

There is also the chance of encountering horses or mules along certain trails, as they also make use of the paths. Note that as a hiker you must always yield to them.

Although free information can easily be found in visitor’s centers and online, nothing quite matches up to having a hard copy on your hike.

The map features area of key interest such as Rainbow Point, Ruby’s Inn and Natural Bridge. Possibly the most popular of all the Bryce Canyon hikes, the Navajo Loop Trail begins at Sunset point and makes its way down the canyon.

You will pass through narrow corridors, and the Silent City (a huge number of hoodoos and spires) before reaching the Queen’s Garden intersection. Note that the hike includes a steep climb down, and then back up the canyon.

If you feel the Navajo Loop is too short, you can easily connect it to the Queen’s Garden for a longer, more varied loop. You can also connect the Peek-a-boo loop and both these trials will give you a 6.3 mile figure eight loop.

Sunset campground is closest. However, you can also find accommodation in the North Campground and the Bryce Lodge.

Watch Pause the Moment’s video on Bryce Canyon to get a really good idea of the trail and the awesome views you can expect.

The Queen's Garden Trail is also a very popular choice among the various Bryce Canyon hikes. This trail is the easiest of the hikes that enter the canyon from the rim.

Beginning at Sunrise point, the path makes its way down a sloping ridge-line past famous hoodoo rock formations, such as Queen Victoria (where you can spot the queen if you use your imagination).

The route is not a loop, but rather an out-and-back. For this reason many people connect it with the Navajo trail to return along a section of the trail rim, or the Peekaboo loop, slightly further south.

The best viewing area on the trail are near the top of the Queen’s Garden Trail, where you will see a wide area of hoodoos the north and a closer formation of them to the south of you.

Sunset Campground, North Campground and Bryce Lodge. Bryce Canyon Lodge is probably the closest, but none of them are very far away.

Skipping through Masterworks Travel’s 22 min video can give you an idea of what to expect along the Queen's Garden trail. One of the more difficult routes, the trail begins at Bryce point. When you start out you will have a panoramic view of hoodoo rock formations and the Tropic Valley.

Shortly after beginning you will descend quickly to the canyon floor, switch backing through hoodoo formations.

As the trail continues to wind its way down, you will reach a junction in the path. This is the beginning of the loop and it can be hiked in either direction.

If you travel in a clockwise direction, the beginning section undulating, followed by a steep climb at the end.

Steve LFZ’s informative video gives you a narration of the walk along the Peekaboo Loop, showing all the interesting rock formations along the way. The loop is named after the Bristlecone Pine, which is found most frequently along the trail - regularly living up to 1 800 years old, these trees are definitely something worth seeing.

Following the edge of the mountain, the loop takes you to the highest elevation in the park.

Being a shorter, easier option, the hike does not descend below the canyon rim - so it is an ideal Bryce Canyon hike if you are looking for something quicker and easier that still delivers amazing views.

Sunset Campground, North Campground and Bryce Lodge. If you want to camp in the backcountry, there is Riggs Spring group site along the Riggs Spring Loop.

Watch Erin & Scott’s video of the Bristlecone Loop to see what you can expect along the way. Beginning at the Fairyland point, in the more northern part of the park, the route takes you from the along the top of the rim to descending into the canyon. At roughly 1,5 miles in the hike reaches its lowest point.

Along the way you will have spectacular views of hoodoo formations, such as the China Wall (which is an impressive fence of hoodoos) and the Sinking Ship.

The hike is one of the longer and more difficult in the park, so it has less foot traffic along the along the way.

Closest campsite is the North Campground.

​Watch Explorist Life’s video of their hike along the Fairyland Loop. They hike in a counter clockwise direction and give you a good breakdown of their journey along the way. 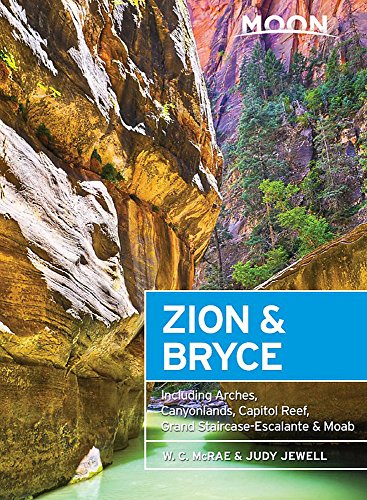 The book will guide you along the way, not only to the Bryce Canyon hikes, but it will also give you strategies for getting to the other parks and travelling between them.

Definitely a handy guide if you plan on visiting more than just the Bryce Canyon.

Hiking insurance is not a mandatory requirement for hikes in Grand Teton, but in general we recommend having insurance.

Do I need a reservation to go on Bryce Canyon hikes?

No, but a backcountry permit is needed if you plan on doing any overnight hiking

How much are Bryce Canyon fees?

The following fees are for seven day permits.

The Bryce Canyon annual pass is $40 and gives access to unlimited visits in the park throughout the year.

When is the best time to visit Bryce Canyon?

The weather is best during June, July and August but this is also the time when the park sees its biggest crowds. April and October may be preferable if you plan on beating the masses.

Are the Bryce Canyon hikes difficult?

This depends on what hikes you choose to do, the hikes vary from difficult to easy but it is a good idea to be aware that any hikes that go below the rim will include steep climbs and therefore may be more strenuous.

Generally altitude won’t be a risk, but this also depends from what altitude you have travelled to the park from.

Altitude sickness is a concern when you rapidly change from lower to higher altitude, the quicker and higher, the greater the risk.

As always, it is a good idea to stay hydrated and rest on the first day that you get to the park.

Use hiking boots with good traction and ankle support, especially if you are hiking below the rim, as you will experience steep declines and ascents.

It is always a good idea to have adequate sun protection, as even at colder, higher ranges the sun can still be very harsh.

Lastly, be aware that for about 200 days a year the temperature drops below freezing - so if you are hiking early or late (or even camping) come prepared for the cold.