Looking for the best hikes in Yosemite National Park? You're in the right place. We have curated the top Yosemite hikes that you simply cannot miss.

These hikes showcase landmarks that make Yosemite famous around the world: from towering waterfalls like Yosemite, Bridalveil, Nevada, and Vernal to stunning granite rock formations like El Capitan and Half Dome. Yosemite is bound to exceed your expectations.

See America's overall best hikes for a complete list of hiking trails in the USA.

Yosemite National Park is a World Heritage Site and attracts over 4 million visitors every year. Most visitors spend a majority of their time in Yosemite Valley, which leads to the Tunnel View entrance. This is the beginning of most hiking trails that lead to higher elevations and stellar views.

Four million years ago, the Sierra Nevada Mountains were uplifted becoming the range it is today. Yosemite is now filled with mountains made of granite rock and steep cliffs. This leaves a wide range of elevations and climates.

El Capitan is an example of a dramatic rock formation located on the North side of the valley. The highest point reaches 7,573ft, making the face of El Capitan an epic playground for rock climbers and base jumpers.

For those who prefer a less daunting experience, El Capitan can be hiked by taking the Yosemite Falls route and heading west.

With the diverse levels of elevations and climates, Yosemite is home to over 7,000 plant species and 400 animal species.

The area is known for hundreds of species, but it wouldn’t be as special without its giant sequoias and black bears.

For the protection of plants and animals, the park is 95% designated wilderness, which prevents visitors from entering certain areas in the park.

Yosemite is a hiker’s paradise. With 800 miles of trails all varying in difficulty, Yosemite has amazing adventures on offer.

Most trails can be customized to your hiking experience by shortening the trip or taking alternative routes. Anything from easy walks in the valley, to strenuous hikes up to the Half Dome, Yosemite caters to exactly what you are looking for.

Consult your tour operator to build the best suitable itinerary.

You can choose to do small sections of the park, but a long 7-8 day hiking trip can cover pretty much all the major points of interest.

Yosemite National Park is located in California, United States. It is situated East of San Francisco and Sacramento and North of Los Angeles. Yosemite is made up of the Sierra Nevada Mountains and its land area is 1,200 square miles.

There is always free maps and information available at the Yosemite Valley Visitor Center and Valley Wilderness Center, but if you need to prep your route in advance, there is a National Geographic Yosemite detailed map

There are 5 different entrances and it is divided into 5 areas: May through October when climbing cables are in place. Although, if you are looking to see waterfalls at their best, consider visiting earlier in the year.

You can reach the scenic Half Dome through the Mist Trail. This is via Yosemite’s most famous rock face. While on the Mist trail, you’ll come across two waterfalls, the Vernal Falls and Nevada Falls. You will continue through little Yosemite Valley until you reach the sub dome. You will then use the cables to go up the steep 400ft portion of the hike.

If you are uncomfortable with heights and some mountaineering skills, this portion to reach the top will be challenging. This hike is versatile, as you do not need to go all the way to the top, making it suitable for all levels, although it is not recommended for families. Keep in mind that this trail can get very crowded so the park requires you to purchase a permit beforehand to prevent this.

Watch this informative video by the Amazing Places on Our Planet. Begin your journey up the Four Mile Trail at Sentinel Rock and reach the finish line at Glacier Point Visitor Center. After 1 mile, you’ll already be stunned with picturesque views of Yosemite Falls, Sentinel Dome, El Capitan, and Half Dome.

During the summer you’ll be able to treat yourself to a tasty reward at the snack stand at the end. This hike could be altered to be shorter or longer depending on your preference.

You could either stop at Glacier Point or continue your journey onto the Panorama Trail and then the Happy Isles Trailhead, adding an additional 8.5 miles to your hike. One of the oldest historic trails leading to North America’s tallest waterfall, Yosemite Falls. The trail to Columbia Rock begins along the Valley Loop Trail, with an immediate climb. Once you are above the trees, you will experience stunning views of the valley.

The falls are majestic and you will be in awe of the size, considering a small creek is feeding it. From the top of the falls, you could extend your hike to Yosemite Point (adds 1.6 miles) or Eagle Peak (adds 5.8 miles).

This 7-minute video by KalebSouth 24 provides a brief overview of the Yosemite Falls Trail hike. This hike offers the best of Yosemite. It combines two of Yosemite’s most iconic hikes, Glacier Point and Mist trail. Your journey will begin along the Mist Trail to the Vernal and Nevada Falls. From here, you will follow the John Muir Trail to the Panorama Trail.

You will see stunning views of the Half Dome. While crossing Illilouette Falls and several switchbacks, you will be presented with wonderful views of Yosemite Falls. 8.5 miles later, you will reach Glacier Point.

This brief video by Riley Wong takes you along the Panorama Trail, Glassier Point. The Pohono trail is most often used as a downhill trail from Glacier Point. It is an easy to west trail along Yosemite’s south rim. It is a less popular trail, which means you get to be one with nature, an uncommon occurrence while visiting Yosemite. It offers several brilliant viewpoints.

These include Taft Point, Dewey Point, Crocker Point, and Stanford Point. You can’t forget about the incredble falls found on most Yosemite hikes, Vernal, Nevada, Yosemite and Bridalveil. You will see all of this and more while on the Pohono trail.

Short and cheerful 2-minute video by Stephen Rawson should give you a good idea what the trail looks like and what to expect. 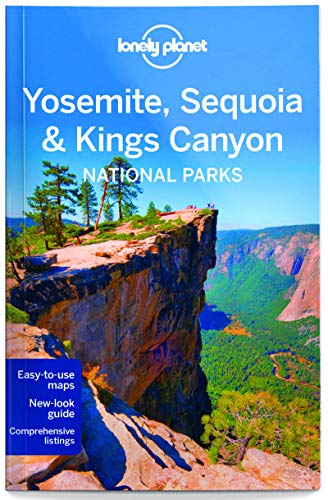 For an awesome book of general things to do in Yosemite, hiking tails, backpacking trails and more, we recommend The Complete Guidebook to Yosemite National Park by Steven P. Medley.

There is also an amazing visually-driven The Photographer's Guide to Yosemite that is worth getting to see if you could find and replicate the stunning beauty of the park.

And of course, the most reader-friendly guide that provides information in bite-sizes is from Lonely Planet Yosemite, Sequoia & Kings Canyon National Parks (Travel Guide).

Hiking insurance is crucial in Yosemite. Most trails are difficult and can cause exhaustion and injury.

If an accident should occur that requires medical assistance and evacuation you will want proper hiking insurance that will cover the costs of air ambulance and treatment.

Medical teams and Rangers are always on duty to assist with medical emergencies at Yosemite.

This article on travel and hiking insurance proves great information on what type of insurance you need, as well as provides an easy quote calculator from a leading travel operator.

Do I need a reservation to go on Yosemite hikes?

No, you will not need one to visit the park short term. You will need one if you plan on lodging, camping, or backpacking in the park.

How much are Yosemite entrance fees?

When is the best time to visit Yosemite?

Most people visit during the summer. The weather is warm and the waterfalls are full. However, there are advantages to going different times of the year, which is why the best time is specified for each hike.

Due to the Sierra Nevada’s high elevations, you must take precautions to properly acclimatise. The Half Dome’s has the highest elevation gain is 4,800ft. You will want to allow time for your body to acclimatise and drink plenty of water. This is why most hikers take 10-12 hours to complete this hike.

It is important to have an understanding of the risks associated with high altitude hiking and how to avoid them. We recommend you read out detailed article on Altitude Sickness and Acclimatisation.

Yes. They are rated as easy, moderate, and difficult. All hikes recommended are either moderate or difficult. However, you will be able to adjust some of the trails to shorten them or take an alternative route.

Hiking at Yosemite National Park requires several pieces of gear. The hikes are long and difficult which will expose you to several altitudes and temperatures. This is why it is important to dress in layers, wear proper sun protection, and bring plenty of water and food. A headlamp is necessary in case your hike goes after sundown. If camping overnight in Yosemite, bring bear-resistant food storage.

To help you plan and prepare for your hike, we recommend reading our gear section and Packing list. 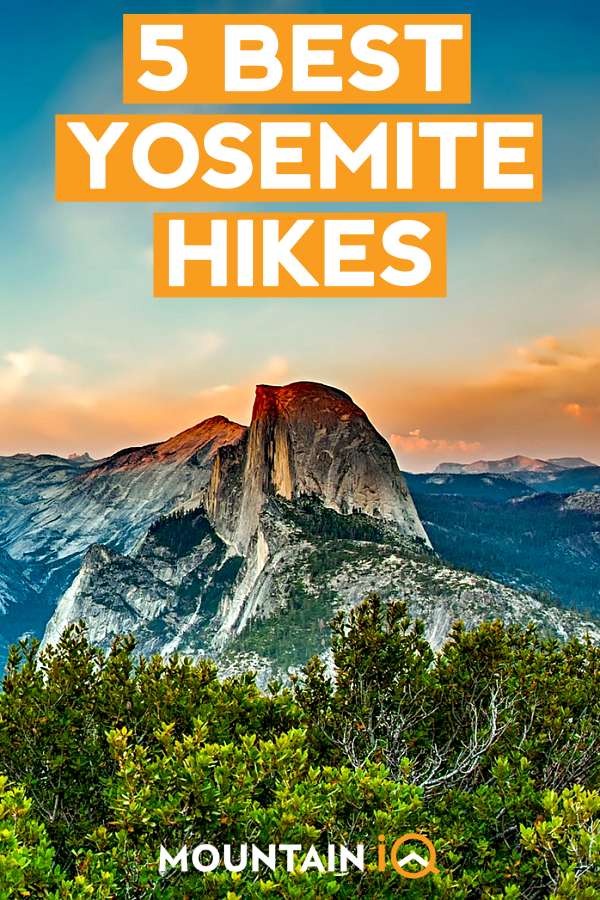