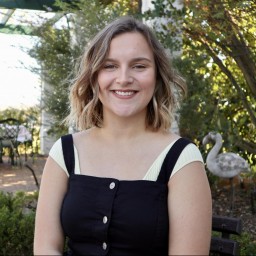 It is no easy task to narrow down the top adventures for solo females, but we have done it.

From Everest Base Camp in Nepal to Machu Picchu in Peru, we have covered all the best bucket adventures a solo traveller could dream of.

1. Everest Base Camp In Nepal 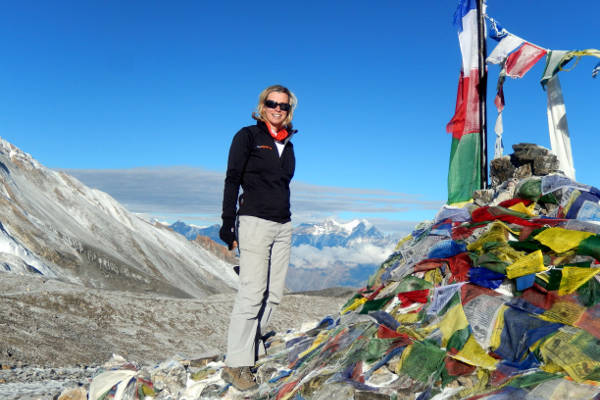 Mount Everest is probably the most iconic mountain in the world. The dizzy heights of 5,300 metres at the Base Camp are by no means easy to reach, making the EBC trek a real challenge.

For the female solo traveller who loves to be pushed both physically and mentally, climbing to the Everest Base Camp is the place to be.

It’s best to travel in the months of September to October due to the guarantee of the best views. There are other times of year you can take on the challenge and it’s something only you can finally decide on.

If you fancy the EBC adventure, we recommend Lonely Planet‘s guide to Nepal, the home of the world’s tallest mountain. 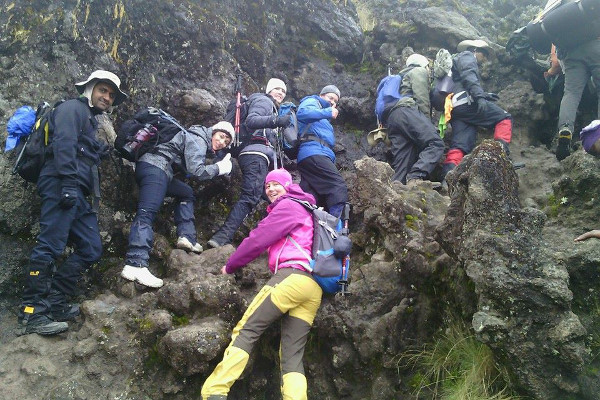 One of the best adventures for solo females just has to be Mount Kilimanjaro. It’s not the world’s tallest, but it’s Africa’s – and one of the most special on the planet.

There are quite a few different routes to take when climbing Kilimanjaro. Some of them are more physically challenging, like the Machame Route, but others are less so.

If you’re an adventurer with a passion for hiking and wildlife, the Rongai Route is the best combination you’ll get. Elephants, antelope and buffalo can all be seen.

Mount Kilimanjaro is the perfect adventure for women who want to reach a summit in one of the most amazing places on Earth. Tanzania is home to a completely different world – as well as climate – to what we’re used to and Kilimanjaro is the epitome of that.

3. The Inca Trail In Peru 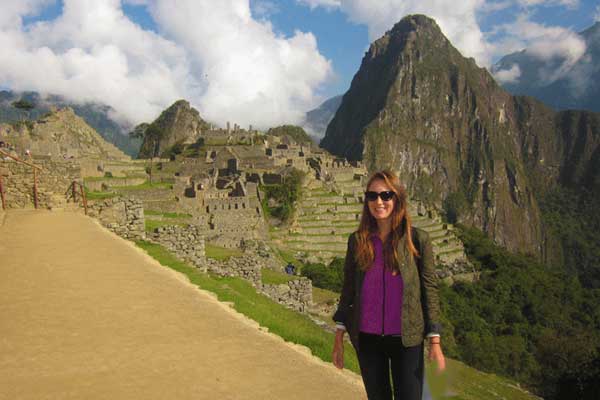 Machu Picchu is one of the greatest archaeological sites on the planet. And trekking to it makes for the most magical experience you can imagine.

There is a lot to learn about Macchu Picchu for the adventurer who takes pleasure in ancient history. The Inca Trail is named after the Incas who built the site in the 1400s and who would have walked it many times.

On this specific trail – the most popular of the lot in Peru – you’ll require a permit for trekking. As well as that, you can’t complete the trek in February as it is closed for restoration, but there are other times of year to complete it.

If you’re considering the Inca Trail for your ultimate solo adventure, you should check out the book The Lost City of the Incas , a book shedding light on the people of Peru’s past. 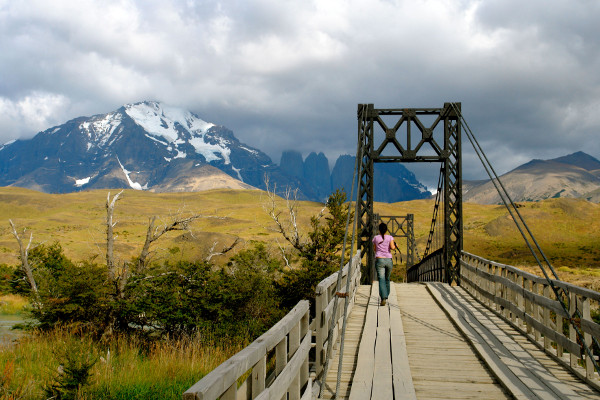 Torres Del Paine in Argentina is fast becoming one of South America’s most popular treks. It is admittedly not the most heard-of name when it comes to adventure, but it is extremely special.

The Full Circuit trek is the one we recommend you do. A breathtaking glacier as well as ancient forests and serene rivers, the trek is perfect for nature-loving adventurers.

If your previous adventures haven’t been hiking-based, this one takes seven to nine days to complete. It’s 130km long and if you’re experienced, it often takes just under five days. Either way, you’ll have a brilliant time being at one with your surroundings. 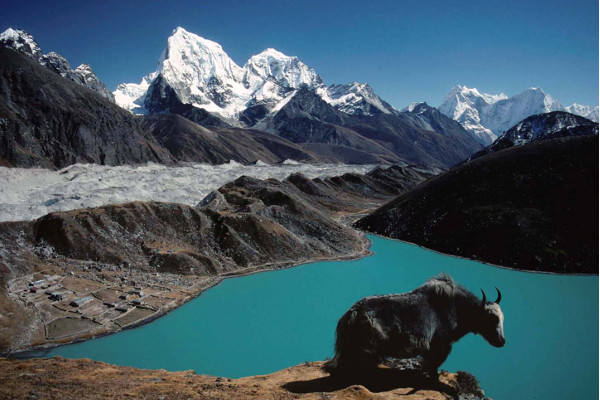 One place in the world offering some wonderful vistas is Nepal. It’s Gokyo Lakes trek is one that we are really huge fans of.

While there are so many brilliant treks in Nepal, including the EBC, this one’s emerald lakes stand out more than the others.

The Gokyo Lakes trek is perfect for you if you don’t like the idea of doing just the EBC. You can instead just return on that route after seeing some gorgeous aquamarine water.

It’s still a challenge, though, as the ascent of Gokyo Ri – 5,000 metres – requires a good level of physical fitness. Despite the test, it’s extremely rewarding as you can see the peaks of Everest, Lhoste, Makalu and Cho Oyu while ascending. 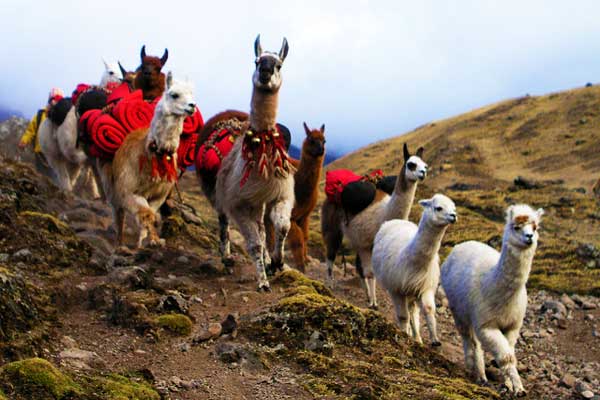 We mentioned the Inca Trek to Machu Picchu before, but the Lares Trek will appeal to a different kind of adventurer.

For those who adore culture, this trek will satisfy your love of a physical challenge and provide you with the experience of a lifetime. You can interact with local Andean communities that have not changed much – if at all – in the past 500 years on Lares.

It’s very difficult to refuse the Lares Trek due to the humanities element of the adventure. Sometimes alternative routes can provide a greater insight to life than the beaten track can. 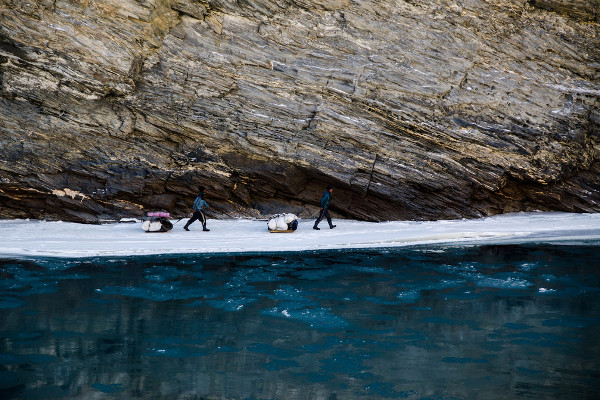 Located in India, the Chadar Trek is one of the most unique in the world. We absolutely love this frozen lake adventure and so will you if you’re quirky and enjoy the unusual.

It is not particularly difficult and can be completed without any prior trekking experience, making it accessible to the adventurer who doesn’t often trek. The frozen lakes of South Asia have scarcely been trekked across and so the Chadar Trek is really a special accomplishment of your own.

Whilst on trek, the ice forms, breaks and changes colour on the river every few hours. Such an exciting natural process can also sometimes disrupt the planned route, meaning you may have to divert on the spot. If the ice hasn’t formed over the river, you head another way.

If spontaneity and adrenaline as well as beautiful lakes in one of the greatest places on Earth is your thing, the Chadar Trek will be too.

Wherever you head off on your solo female adventure, we hope you have a great time. 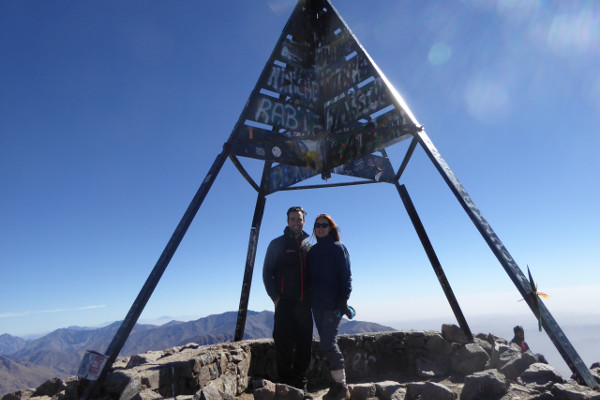 Mount Toubkal is the highest peak in North Africa and a famous trek for those who want to experience high altitude but don’t have much time.

The route takes you deep into the High Atlas, a magical area with stunning oasis valleys, Berber villages and cascading deep red mountainscapes. Most tours start in Marrakesh with a transfer to Imlil before the real trekking begins. In total you are looking at 4-5 days in the Atlas before returning to Marrakesh.

The highlights are this trek are staying in local Gites, which are Berber hostels and eating tasty local meals. The hike up Toubkal is challenging but totally doable. Just don’t rush. Make sure you are well acclimatised to avoid the dreaded altitude sickness. 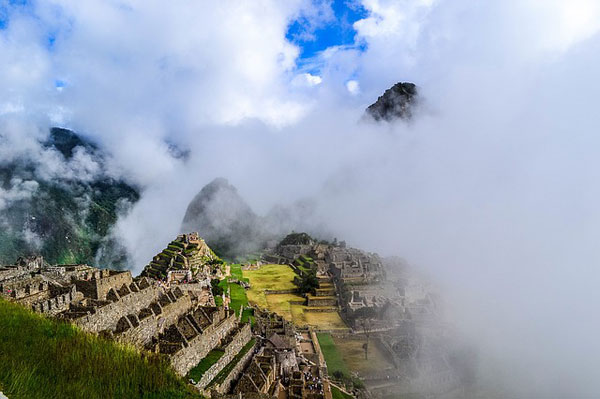 According to local guides, the top of Huayna Picchu was the residence of a high priest and local virgins. Every morning before sunrise, the high priest and a small group walked to Machu Picchu to signal the coming of a new day.

The dry season is our recommendation, especially if you’re travelling with children, and if you want to avoid crowds on the mountain, there is a solution. Despite dry season being peak season, the 7am climbing slot is quieter and much more peaceful, so you can take a break from the crowds.

Huayna Picchu offers a stunning view of the city below and takes a relatively small amount of time to hike. 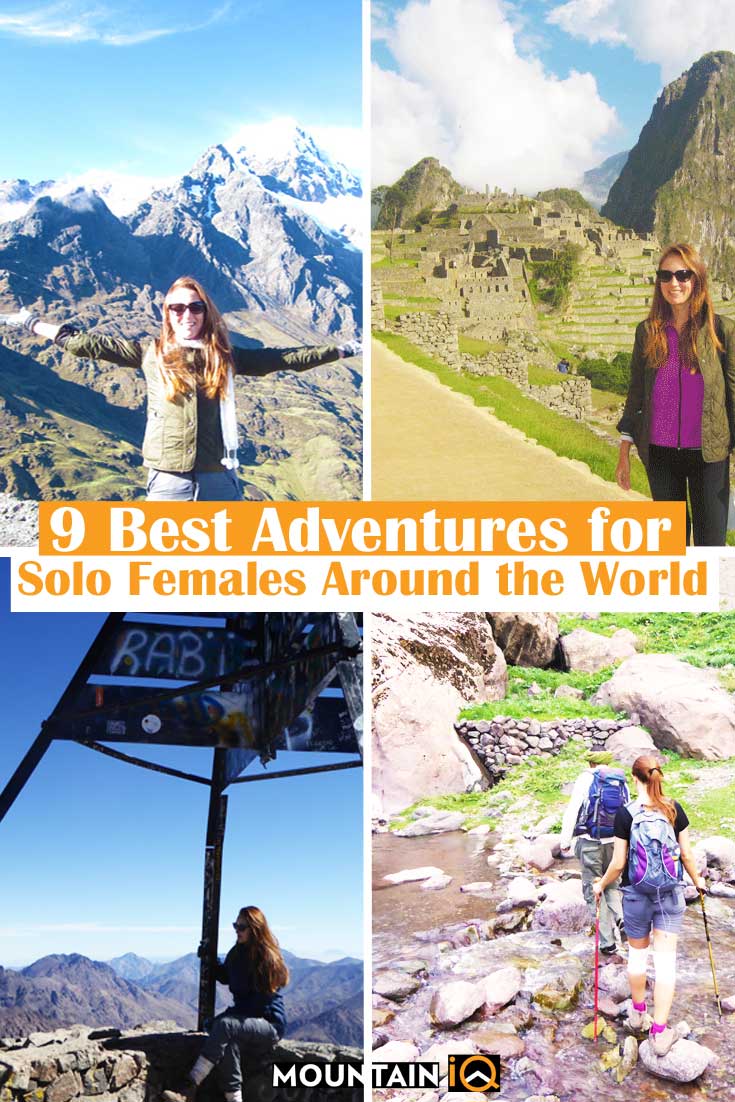 Olga is a Seattle native living in Cape Town, South Africa. When she isn't writing, she is either hiking Table Mountain or sunbathing at Llandudno Beach. As she is new to the city, she is always looking for activities to try. She has explored a lot of Cape Town but still has much more to see. An adventure-seeker at heart, Olga is always on the lookout for new and exciting travel experiences.