Trekking In Bhutan – Discover The Land Of The Thunder Dragon

Bhutan is a stunning wilderness of mountains and forests and trekking in the Land of the Thunder Dragon is an incredibly rewarding experience.

Preparation is now the key to having a successful trekking adventure.

Below we have provided an overview of useful information that will help you before your trek. These are our most frequently asked questions. Where appropriate we have provided links to more in depth guidance articles within the Trekking in Bhutan section of our site.

Bhutan is a land apart, a land lost in time. The small nation is set amidst the eastern Himalaya region where mountains rise from the earth to tower above the landscape like giants.

Known as the ‘Land Of The Thunder Dragon’ due to the enormous storms that sweep in across the country from the Himalayas, Bhutan is a country unlike any other. Bhutan’s government does not use Gross Domestic Product (GDP) as their economic scale, but instead measures the countries economic state through the Gross National Happiness scale (GNH)!

80% of the country is covered in forest and Bhutan is one of the few carbon sink holes on earth. Pristine lakes, huge glaciers and some of the world’s most endangered species await adventurous trekkers in this stunning nation.

Tucked away in the Himalayas, Bhutan’s isolation has led to the preservation of much of Bhutan’s traditional and cultural lifestyles that dates back a millennia.

One of the best things about trekking in Bhutan is the lack of crowds. Unlike neighbouring Nepal, Bhutan strictly controls how many tourists are allowed across her borders each year. Tourism only began in the mid seventies and last year less than 40,000 tourists were allowed into Bhutan. Compare this to the million plus in Nepal and it becomes clear why trekking in Bhutan is becoming so popular.

Bhutan offers a truly unique trekking experience. Trails are far less crowded, tea houses are not around every corner and trekkers can experience that lost feeling of getting off the beaten path and exploring a region untouched by industry.

On this page of the website we have provided a comprehensive overview on everything you’ll need to know before trekking in Bhutan.

There are a number of trekking routes in Bhutan. We suggest reading our detailed Bhutan routes page for more information on each route.

The three most popular trekking routes in Bhutan are the ‘Druk Path Trek‘,  the ‘Snowman Trek‘ and the ‘Chomolhari Trek’. All three treks offer something very different in terms of landscape, difficulty and altitude.

The Snowman Trek is often considered to be the most difficult trek on earth and takes trekkers over 11 passes as you traverse the mountainous region between Bhutan and Tibet.

The Druk Path Trek is the ideal introductory trek to Bhutan and takes trekkers over a small mountain range that separates the countries’s two biggest cities – Paro and Thimphu.

The Jomolhari Trek (aka Chomolhari trek) is one of the most popular treks in Bhutan and allows trekkers to get up close and personal to Mount Jomolhari (often referred to as the Bride of Kangchenjunga).

Some other treks in Bhutan include the ‘Dagala Thousand Lakes Trek’ and the ‘Bumthang Owl Trek’. Both are great short treks with amazing mountain views!

Best Time to Trek In Bhutan

Despite its location high in the Himalayas, Bhutan’s climate is not actually as cold as one might think.

Whilst the northern region of the country is cold, the southern and eastern regions of Bhutan actually have sub-tropical climates where temperatures are often over 30 degree Celsius in the summer! Even in winter, the temperatures in the south stay around 15 degrees.

Temperatures are at their warmest in the eastern parts, however, as you ascend in altitude, temperatures do drop.

The mountain peaks are snow covered all year-round and temperatures up high in the peaks remain far more steady than in the valleys with temperatures ranging from freezing in the winter to 10 degrees in the summer.

The most popular season by far for trekking in Bhutan is October to December as this is the warmest period and also coincides with many of the major festivals that Bhutan is known for.

However, it is possible to trek all year-round in Bhutan. Many smaller festivals are run throughout the year and many tourists believe these are much more authentic affairs.

Spring time is the second most popular season and this is the perfect season to see Bhutan at her most beautiful. Flowers are blooming, birds are signing and the rivers are flowing during this period and trekking paths are incredibly empty.

For a detailed page on the best time to trek in Bhutan please click here.

Altitude sickness or ‘Acute Mountain Sickness (AMS)’ is a concern when trekking in any Himalayan region.

Many treks in Bhutan cross high mountain passes over 5,000 meters and oxygen levels at this altitude are far less than at sea level.

Many hikers each year are forced to stop their trek because of altitude sickness.

Acute Mountain Sickness is not the only problem trekkers face. More severe altitude sickness comes in the form of HAPE or HACE. Both are life threatening illness’s when left untreated.

Therefore, before trekking in Bhutan, it is incredibly important that you understand the risks, symptoms, medications and treatments regarding altitude sickness.

Altitude sickness should not be taken lightly and proper acclimatization is important if you are to have a successful trekking experience.

Read our guide to altitude sickness and acclimatisation. The trekking gear you choose to take with you to Bhutan will depend on what route you take, what season you trek in and how high you will be ascending.

To help you prepare we have provided a comprehensive multi-day trek packing list.

The packing list provided includes a number of essential items. Some of these items can be rented or purchased in Paro or Thimphu before your trek, however, there are a number of important pieces of kit that we strongly recommend taking with you to Bhutan. The gear we recommend has been tried and tested by countless trekkers and will serve you well on any multi-day trekking experience.

An awesome overview of the Tiger's Next monastery and trekking in Bhutan, by Mark Wiens

Except for people from Bangladesh, India, and the Maldives, visitors to Bhutan can only obtain a visa and trekking permit through a registered travel agency.

Visas and permits cannot be obtained by an individual and if you are considering trekking in Bhutan then you will need to book your trek through an agent.

All visa and permit costs should be included by your trekking operator who will ask you to send through a copy of your passport, a passport photo and personal details to obtain the permit and visa on your behalf.

The only way tourists are allowed to enter Bhutan by themselves is with a special invitation by the government.

Discounts are available for minors and larger trekking groups. However, surcharges apply for groups smaller than three. Saying that, the minimum visa cost covers accommodation, guide, food and vehicle transport. Trekking in Bhutan comes with some obvious risks. Many of the treks are multi-day and take hikers well away from populated areas. Although no high altitudes are involved, rescue remains expensive in remote locations.

We therefore recommend taking out trekking travel insurance policy if you plan to trek or travel in Bhutan.

Check out the World Nomads calculator for a quick calculation of the cost of travel insurance for your trip. 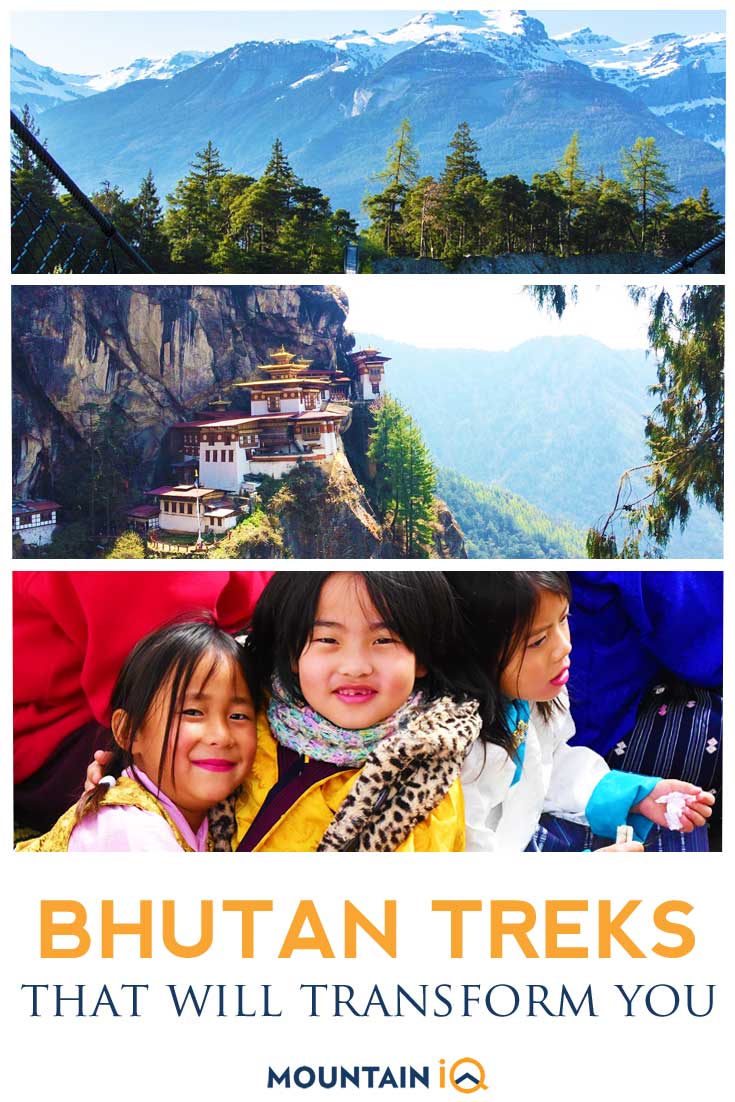