The Royal Trek – Follow In The Footsteps Of Royalty

The Royal Trek in Nepal is so named because Prince Charles and his 90 camp followers explored the route in 1981 shortly before he married Princess Diana. It is also used by Nepal’s royal family, making it a very royal route indeed.

On this page you will find a comprehensive and impartial guide to the Royal Trek.

The Royal trek commences at the beauteous lakeside city of Pokhara and passes through the Gandaki zone, an attractive region of hamlets inhabited by people of the Gurung ethnic group. It takes in astounding views of hillside rice terraces and the highly-impressive Annapurna mountains that include Machapuchhre (fishtail) and Langtang Mountain before terminating at the scenic Begnas Lake. Machapuchhre is sacred and has never been climbed.

Gurungs are a martial race whose members have served with distinction in the Nepalese, British and Indian armies. Gurungs tend to live high up on steep slopes, cultivating maize, millet and rice. Buffalo is the principal form of cattle. Pastures can reach as high as 12,500 feet. Gurungs are Buddhists. They have mongoloid features and are usually short and stocky. While Gurungs have their own language, most speak Nepalese. At lower altitudes, many younger people work in offices.

The lifestyles of the people who reside here have been unchanged for thousands of years. The Royal Trek is certainly ‘off the beaten path’. The route is less crowded than is the case for other treks in the region, allowing you to get closer to nature and the local culture. Generally, bridges are good and paths are well-maintained by the locals who depend upon them. Weather is unpredictable, so warm clothing should be taken.

Apart from the cultural sites and mountain-scapes mentioned above, there might also be opportunities to see fantastic fauna and flora.

Where the environment is upper sub-alpine steppe, rare snow leopards and blue sheep can be seen. Other areas feature protected bird species such as the multi-coloured impeyan, kokla and blood pheasant. Butterflies and other insects also abound. There are 100 varieties of orchid and the largest rhododendron forest in the world.

The Royal Trek is situated in the Annapurna region, just north of Pokhara (see map below). In terms of a single detailed map we recommend the . No products found. (2019).

We also provided recommendations to new guides below.

Please note that there are several Royal trek itineraries that can be done. Below we have laid out the most popular version – 5 days, leaving from Kathmandu. If you want to make your own way to Pokhara then you could probably organise this with your operator or guide.

After partaking of the temples in Kathmandu, the next port of call is Pokhara, which is renowned for its lakes and flowers. Flying takes 40 minutes and a car takes six hours, while a bus takes eight. Flying provides an excellent view of the Himalayas, but the view at ground level is also great. Pokhara, where you will spend the night, is a popular tourist destination with a considerable variety of shops and restaurants.

On the second day, there is a short drive to the village of Vijayapur. You can easily get a taxi here. Then the trekking begins proper, through flat rice fields, climbing via Rakhigaon to Chautara and then, with Brahmin villages along the way, to Kalikasthan.

The trail from Kalikathan commences with a forested ridge, passing Thulokot before reaching Mata Thana, where lunch can be obtained at a tea shop. Dirt paths are used. When you pass through villages, small children will tug at your sleeve for a snapshot or some of the confectionery that is expected of generous foreigners. After that, the trail ascends gradually to Naudanda and then Shanklung.

From Shanklung, the skyline is shrouded by mountains that include Annapurna II, Himalchuli, Lamjung Himal and Manasulu. The trail falls steeply to the south side of the hill where there is an ancient tree with a chautara – a stone platform. Chautaras provide resting places and are built at the behest of richer villagers or at the suggestion of a bahun – a priest – to ensure prosperity and the health required to enjoy it. There are tea shops and a police checkpoint. Next, you ascend to Chisopani, where you will spend the night. A temple can be found atop a high knoll above the village. Here the trek provides the best views of the mountains.

After Chisopani, you descend a ridge where there are stone steps leading to a small valley. You pass through a rice field before the final ascent to the ridge separating Begnas Tal, where there is a picturesque lake, and Rupa Tal. You will spend hours in the jungle along with many animals and massive vegetation. At Begnas Tal, you can seize the opportunity to fish in a rented boat. The route to the Begnas Bazaar and then Pokhara is a wide path oft-used by locals. Sadly, there are very few videos of the Royal Trek. This one was the best we could find, however, video quality and sound are not great.

It does give you a flavour as to what to expect though. Video by David Hinam. 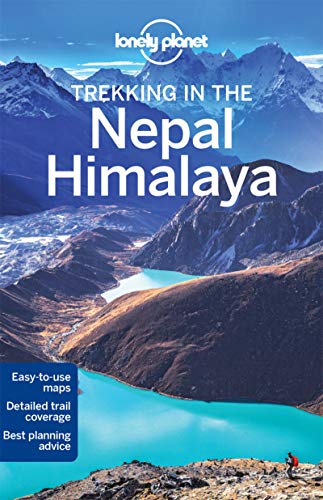 There is no guidebook exclusively dedicated to the subject of the Royal Trek, however Annapurna: A Trekker's Guide by Sian Pritchard-Jones and Bob Gibbons provides very detailed route information.

The Royal Trek earns some mentions in many guides. For a good general guide of Nepal and this trek we recommend Insight Guides Nepal (Travel Guide with Free eBook) or Lonely Planet Nepal Guide by Bradley Mayhew.

The Royal Trek is one of the cheaper treks in Nepal and generally costs between US$450 – US$950. However, this become significantly more when you add in flights to Kathmandu etc.

Two permits are required for the Royal Trek. The Annapurna Conservation Permit  and the TIMS Trekking Permit. Generally in the region of US$35.

The best seasons for the Royal trek are spring (March to May) and autumn (mid-September to mid-December) when days are warm and nights are cold to the point of freezing. Winter (December to February) is an option, but obviously colder and having the possibility of paths blocked by snow, although there is recompense in that the routes are uncrowded. It can be very hot during the days from May to September, with potential monsoon rains.

Although one of the lowest altitude treks, the Royal Trek still reaches altitudes of 1700 meters.

Therefore, it is very important to have a basic understanding of the risks associated with trekking at altitude and how your body acclimatises to the experience.

Walking will be along village trails where the underfoot conditions are good. There are some long stretches that both ascend and descend, so some stamina is required. Minimal fitness is required and the absence for any technical climbing knowledge means that this trek is recommended for beginners who are short of time.

Most trekkers take five days, this is also true of children and elderly people. It is, however, recommended that anyone who undertakes this trek exercises regularly, including jogging, for several weeks prior, to improve strength and stability. Altitude sickness is not an issue – the highest point reached is the summit of Tara Top Hill, 8,858 feet up.

It can be harder to ford rivers when they are flooded in the summer. There will be five to six hours of walking each day.

Trekking in the Annapurna region requires a number of essential pieces of trekking clothing and equipment. The Royal Trek, although not long, exposes you to a range of altitudes where temperatures fluctuate dramatically between night and day.

Many pieces of equipment can be rented or bought in Kathmandu or Pokhara, but we recommend bringing the most important pieces of gear with you.

To help you plan and prepare for your trek we have written a detailed gear list here.

Trekking insurance is critically important in Nepal. See below for more information.

Do I need Insurance for This Trek? Climbing insurance is vital for the Royal Trek. If an accident or incident should occur that requires immediate medical assistance and evacuation you will most definitely want adequate trekking insurance that can cover the costs of air ambulance and treatment.