Rara Lake Trek – Visit One Of Nepal’s Most Beautiful Lakes 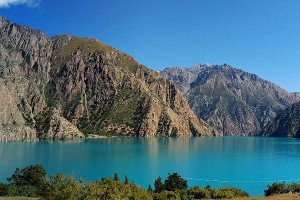 The Rara Lake trek, as the name suggests, is famous for the magnificent Rara Lake.

The oval shaped lake, which sits at 10,040 feet above sea level, is the largest and deepest lake in Nepal – three miles long, one mile wide and 548 feet deep!

Many songs and poems speak of the beauty of Rara lake. One traveller described it as “a shimmering blue jewel set in a ring of snowy peaks”. The clear lake surface perfectly reflects the surrounding mountains and pine covered hillsides.

Around the lake are Malla stones – tall pillars of rock featuring inscriptions of the sun and moon, which are thought to date to the time of the Malla kings who ruled the region in the 12th century. Beyond that are juniper, pine and spruce trees. The snow-capped Himalayas can be seen in the distance, with Dhaulagiri, Dolpo, Kanjirowa and the Tibetan Himalayas predominating. The scenery is starkly different from that of the rest of Nepal. The Rara Lake trek is very much an ‘off the beaten path’ trek that allows for a unique and authentic Nepal trekking experience. Occupants of the area were resettled in 1976 when the Region became a National Park. Therefore, the Rara Lake trek is incredibly quiet as, except for the occasional soldier, no one lives there.

The Rara Lake trek is one of the best places in Nepal to see wildlife. There are potentially 20 species of mammal you could see – these include the ghoral and serow, of which few have heard; The Himalayan black bear; clouded leopard; musk deer and the rare red panda. There are 214 species of bird including the commonly-seen implying pheasant, the national bird of Nepal, and over 500 kinds of flower and herb.

During the winter months you will be able to witness the migratory birds from various countries around the world and during the summer months Himalayan flowers surround the lake, creating a vibrant landscape.

The Rara Lake trek can take anything from 6 days to more than two weeks. There are few facilities for tourists. You will be sleeping in basic beds, most likely in a stark teahouse. Meals are also very basic. Showers and toilets are scarce.

The Rara Lake trek is located in the Rara National Park, the smallest in Nepal and said by some to be the finest in the world. The district is Mugu in the extreme northwest of the country. The surrounding area is relatively unexplored. There is a map of Rara Lake called No products found.. 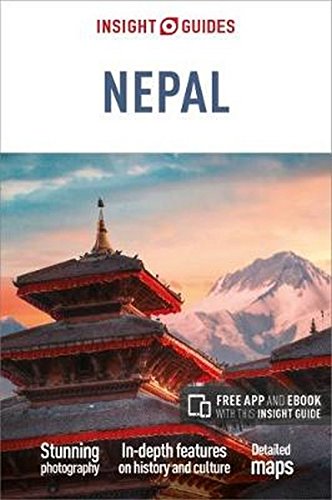 The lake is mentioned in a number of guidebooks. We recommend Insight Guides: Nepal. Below is a detailed Rara Lake Trek itinerary. There are several different itinerary options available for the Rara Lake trek. The trek can start in either Jumla or Nepalgunj, depending upon your operator.

There is a short 1 week itinerary that is popular, however, we have listed below what we think is the best itinerary option – the 13 day return from Kathmandu option. This slightly longer trek gives you the chance to really explore the area.

You arrive in Kathmandu. This city contains many attractions, one of which is the famous Swyambhunath Buddhist shrine. It is more than two thousand years old and known informally as “the Monkey Temple.”

On the second day you can explore Kathmandu. You could spend time at the Pashupatinath temple, one of the most sacred Hindu shrines in the world, or perhaps visit the temple of the “Living Goddess Kumari”. You spend the night in Kathmandu.

Day 3: Fly from Kathmandu  to Negalgunj

After lunch, you get a taxi to the airport for a connecting flight to Nepalgunj. There are many Hindu temples and mosques in the area to visit. You stay in the town of Nepalgunj overnight in a hotel.

You now fly to Jumla, which is notable for being a dry district where alcohol is forbidden and also the highest place on Earth where rice is grown. From there, you walk towards Padmara. Two tracks lead north. The more popular follows the right-hand side of the Chaudbise Khola river, through pine forests. Two hours’ walking leads to Urthu, at the junction of Chaudbise Khola and Ghurseni Khola. After that, the trail ascends sharply through the narrow gorge housing Ghurseni Khola. Padmara is one hour further on at the head of the valley. You camp at Padmara for the night.

After Padmara you encounter the Khali Langa pass, 1,161 feet high. You follow the right bank of a stream until you get to a footbridge where you cross. You walk for an hour through dense forest until you arrive at a log bridge 8,999 feet over Sinja Khola. You take the bridge and climb to Bumra (8,957 feet).

From Bumra, you stay high above the river until you get to Bhargaon (9,482 feet) after an hour-and-a-half. The track turns north to the tributary stream of Ghautha Khola. You cross this river on a log bridge and climb Chautha (10,171 feet). After about an hour, you will come across a pleasant meadow. The next stop is Pine.

Rara Lake is no more than five miles west of Pine – a short trek with fine views leading to the village of Rara, where you camp for the night.

This is a rest day, giving you the opportunity to explore. It takes around eight hours to walk around the lake. It is possible to go boating on the tortoise-blue lake for an hour. The best vantage point is Chuchemara Dauda (2,540 feet). You camp as you did the previous night.

You stroll downstream of Khatyar Gad for about an hour. You cross a log bridge below Murma (10,299 feet). After crossing the bridge, there is a steady climb of 1,312 feet to an open clearing. The trail continues south through packed forest – the tree line is at 11,969 feet. The ridge goes south for a further 650 feet or so, which is pleasant, with the usual mountains in the distance. Then the trail descends steeply to Ghorasain, where you camp for the night.

There are two trails to hand, and the more scenic ascends Diyabala Danda, to the south. This takes around an hour trekking through forest until the crest is reached at 17,556 feet. The trail skirts southeast with the fields of Lumsa below before descending to the village of Okharpati (10,170 feet). You then head for Sinja, where you will stay the night.

You cross Sinja Khola by means of a log bridge and follow the stream east. You then ascend and descend a 9,400-foot ridge. The trail follows the south side of the stream for another six miles. It meanders before climbing east along a gully to ascend a pass (11,800 feet). A descent is made through a wide meadow, whereupon you head east to Chere Chaur, your next camp.

Chere Chaur abounds with flowers in late summer. The return to Jumla is a gentle descent.

Day 13: Fly back to Kathmandu

You fly from Jumla to Nepalgunj and then back to Kathmandu.

A beautiful video overview of Rara Lake by Onion Films. The video is 02:56 long.

How much does the Rara Lake trek cost?

Prices vary, but range from $2,000 to $3,000 per person, depending on length and the quality of the provider. The price will go down with more trekkers.

A Rara National Park permit costs $20 and can be purchased from the immigration office in Kathmandu. Please note that you must trek with a registered guide and that a trekking party must consist of at least two people.

When is the best time to trek Rara Lake?

The best time to undertake the Rara Lake trek is in September and October or April and May. There is little rainfall in summer, making this perfect for trekking, while in winter snow can be heavy, unrelenting and block many passes.

The Rara Lake trek  ascends to some high altitude points. At its highest point, Diyabala Danda crest, you will reach an altitude of 5,351 meters (17,556 feet).

Fortunately, because of the treks length, the opportunities for appropriate acclimatisation are good, and hence the prevalence of moderate or sever altitude sickness is low.

Regardless of this, it is important to have a clear understanding of the risks associated with high altitude trekking and how the body acclimatises to high altitude.

We recommend reading our detailed article on Altitude Sickness and Acclimatisation.

The Rara Lake trek is considered moderate to easy. It is an ideal trek for beginners as the altitude and length is not extreme.

Trekking the Rara Lake National Park requires a number of essential pieces of trekking gear. The Rara Lake trek is long and moderately difficult. It exposes you to a range of altitudes where temperatures fluctuate dramatically between night and day.

Much of your gear can be rented or bought in Kathmandu, but we strongly suggest bringing the most important pieces of gear with you.

Do I Need Insurance to Trek to Rara Lake?

Trekking insurance is vital in Nepal. This is particularly true on the Rara Lake trek, which is very remote. If an accident should occur that requires medical assistance and evacuation you will certainly want adequate trekking insurance that can cover the costs of air ambulance and treatment.

Make sure to have insurance that covers you for any travel related risks, like lost, damaged, stolen or delayed baggage; flight delays and interruptions; and tour operators default.

This article on travel and trekking insurance provides great information on what type of insurance you need, as well as provides an easy quote calculator from a leading travel operator.