With many of the worlds tallest mountains on earth, it’s easy to see why Nepal is such a hot-spot for hikers.

The wild landscape, rugged terrain and beautiful vistas make the tiny mountain country of Nepal a favourite of trekkers. With so many incredible trails, it’s sometime difficult to actually pin down the one that is right for you.

In an effort to help make things a little clearer, we have put together a list of what we think are the 10 best hikes in Nepal. 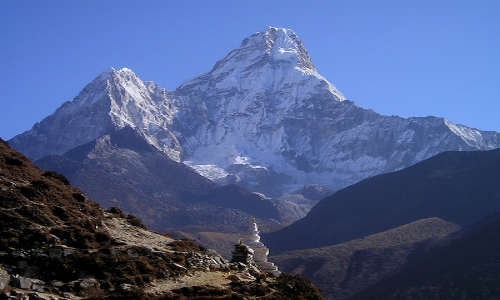 With over 30,000 trekkers a year, the Everest Base Camp trek is by far the most popular hike in Nepal.

The iconic trek follows the original route laid down by Hillary and tenzing in their famous and successful summit attempt in 1953.

The trail follows the Khumbu valley through cultivated pastures and past authentic Sherpa villages. You’ll see several Buddhist monasteries along the way and the views of Everest itself are simply stunning, especially if you opt to climb up Kala Patthar to the excellent viewing point.

Although you can’t see the summit of Everest from base camp, you’ll get up close to the infamous Khumbu Ice fall. If you’re drawn to tall mountains then this is the trek for you! Particularly as you’ll also be able to see Lhotse. 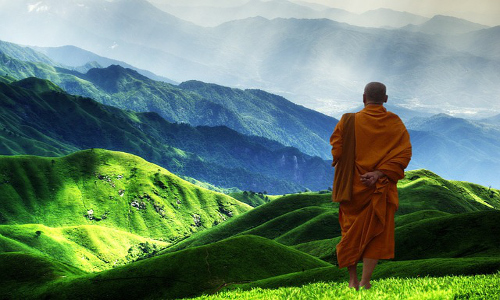 Generally seen as one of the best treks in the world, the Annapurna Circuit is second only to the Everest Base Camp trek in popularity.

The trek is popular because of its dramatic variation in scenery. The trail begins in sub-tropical meadows before ascending into beautiful alpine peaks before reaching the incredible Thorung La Pass at 5,416m.

This is the highest point of the trek and you’ll get a simply spectacular view! The trek then descends down into the Mustang region where the landscape becomes dry and semi-arid.

Although road infrastructure has impacted on the trek in recent years, it’s still one of the most beautiful hikes in Nepal. 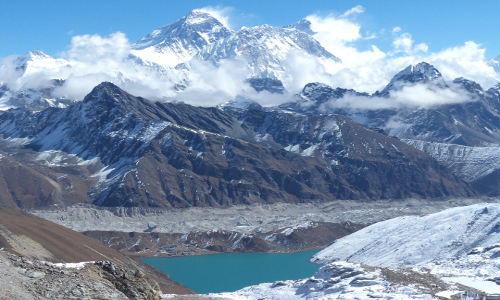 Without doubt one of the undiscovered gems in Nepal. The Gokyo lakes trek takes in all the wonders of the Everest Base Camp trek whilst also visiting the gorgeous Gokyo Lakes.

Although the trek is slightly longer, it really gets hikers off the beaten path and away from the crowds.

The Gokyo Lakes trek also has the major benefit of not back tracking on itself as it is a circular trek. Essentially you trek to the Gokyo region and then return on the Everest Base Camp trek route.

After traversing the Dudhi Valley you come to the Gokyo Region where there are 5 lovely iridescent turquoise holy lakes that reflect the surrounding mountains like a mirror. The trek also takes in Cho La Pass where you get one of the best vistas in all of Nepal. 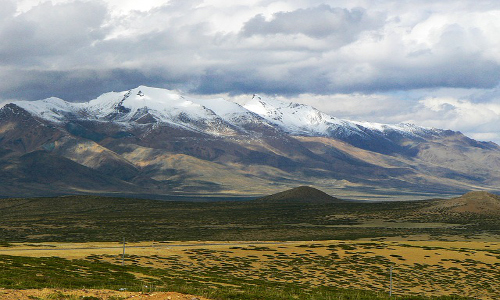 Arguably one of the finest hikes in Nepal is the Manaslu Circuit. Although less than 2,000 hikers a year trek the route, its landscape and stunning scenery mean it should be much more popular!

Like the Annapurna Circuit, the Manaslu trek passes through 8 climatic zones and winds its way through 8 giant Himalaya peaks – including Manaslu! One of the best highlights of the trek is passing over the Larkya La Pass which stands at over 5,000 metres.

This pass is often seen to be one of the most dramatic passes in Nepal and provides incredible mountain vistas. Because of the high altitude, the circuit often has snow on the trail, however, it is almost always passable and can be trekked by beginners. 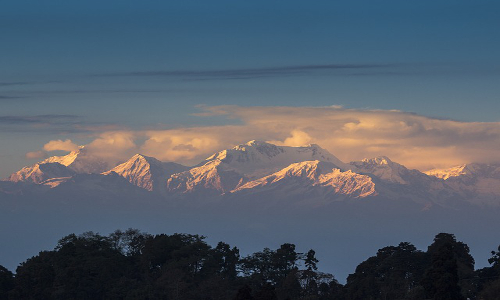 Kanchenjunga is the third highest mountain in the world and the second tallest in Nepal, standing at 8,585 metres. Meaning the ‘five great treasure houses of snow’ Kanchenjunga is a holy place to Nepalese folk and is forbidden to climb.

The mountain itself is surrounded by five smaller mountains that dominate the entire trek and provide an incredibly dramatic backdrop.

If you’re keen on wilflife then this is the trek for you as a quarter of all Nepal’s Red Pandas are found in the Kachenjunga region. The Kanchenjunga trek is a stunning one and takes in dazzling rhododendron forests, high mountain peaks and rare wildlife.

Travel writer and climber Bill Tilman (1898-1977) described the Langtang Valley as “one of the world’s most beautiful valleys”.

The Langtang Valley is a stunning landscape of lush vegetation, raging streams and dominating peaks. Located just 20 miles from Kathmandu, the hike is very much a cultural walk and the view from Langtang Lirung provides an amazing mountain vista!

Although close to Kathmandu, this is actually one of the most wild parts of Nepal and you’ll be very much away from civilization. 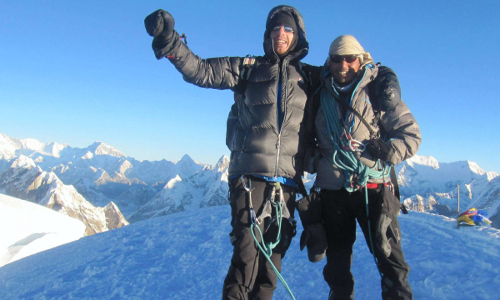 For the more adventurous hikers, Island Peak offers people the chance to trek the famous EBC trek and combine this with a climb up Island Peak.

Island Peak is a serious peak that stands over 6,000 metres!

Although high, the peak is popular among trekkers as it requires no actual technical climbing ability. There are short sections that require rope and crampons, however, your guide will teach you everything you need to know as you go along.

The climb can be quite physically demanding as the altitude kicks in and you’ll need to make sure you’re up to it before attemting the climb.

The view from the top is worth every bit of effort as you can see Everest, Lhotse, Mera Peak and Ama Dablam. 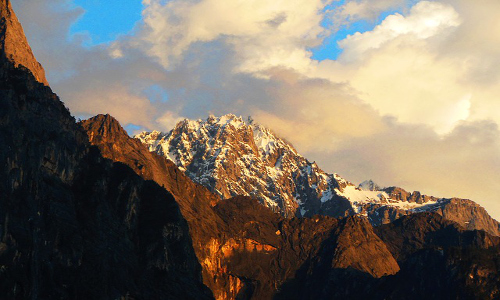 Like Island Peak, the Mera Peak trek gives novice climbers the opportunity to summit a proper Himalaya Mountain! Standing at 6,674 metres, Mera Peak is the highest trekking peak in Nepal and, as such, is hugely popular with over 2,000 trekkers attempting the summit every year.

The views of Everest from the summit are simply unbeatable. You approach the peak through the Arun Vallay – a beautiful experience in its own right.

Like Island Peak, previous climbing experience is not required and your guides will be with you throughout the climb. 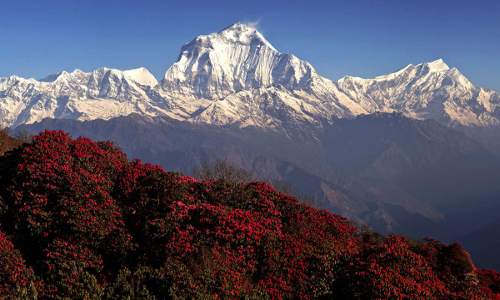 This is the perfect trek for beginners or for trekkers with little time. Beginning at Pokhara, the Poon Hill trek follows a deep gorge with a beautiful river before ascending up through lush forest and then up to Poon Hill itself.

The summit of Poon Hill has one of the most famously gorgeous views in the region and you’ll want to get your camera ready! From the top you can see Dhaulagiri, Annapurnas and Machhapuchchre!

The trek is a circular route and you descend through rhododendron forests back down towards Pokhara. 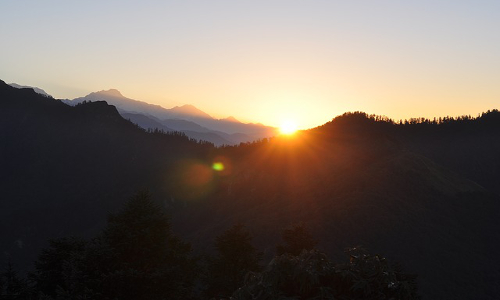 Probably the easiest trek in Nepal, the Royal trek was named after Prince Charles and his retinue hiked the trail in 1981 just before his marriage to Dianna.

The trail begins at Pokhara and follows a beautiful route past local villages, rice fields and open valleys. The trek feels very much ‘off the beaten path’ and has a cultural feel that makes it rather special.

The trek finishes at the lovely Begnas Lake, south-east of the Pokhara Valley.

If you have any questions about the article or would like to know more about any of the treks mentioned, please just leave a note below and we’ll get back to you shortly.